Initiated by E52 and High Tech Campus, the 10 most promising startups-to-watch from the Brainport Eindhoven region have been announced for the fourth consecutive year.  On July 12th they received a Gerard & Anton Award. The winning companies are highlighted one by one in an interview. Today part 6; read the whole series here.

Enabling recycling through a high tech cleaning process is what Tusti specializes in. Their first invention is removing fat from plastic waste in a sustainable way, heavy chemicals are no longer in the picture. CEO Eline Stiphout tells about her experiences and the future plans of the company.

General
Tusti was founded in June 2015
There are currently working two people there, the company is about to hire researchers.
The company has already had the first turnover, the company is still partially running on grants, but it is already self-financing.
Tusti wants to grow and roll out worldwide within three years, there are already conversations with Chinese companies going on.

Why are you doing this?
“I already had a recycling business, Stiphout plastics. I encountered a problem there that I couldn’t solve myself, that’s why I approached the TU/e. Jan Kolijn was given the research to separate fat from plastics, with that we had our own company. The fact that I’m in recycling is partly ideological because I want to do good for the world. I myself have always chosen an industrial branch, but in a green way, which is obviously very hot at the moment. If your business model is correct and you can earn money with it, you can kill two birds with one stone of course.
The biggest problem in the world of plastic is plastic that can’t be recycled. Whether that’s fatty plastic or another problem, we can research that ourselves at Tusti and offer a solution for it. We can and want to try and tackle all the difficult problems in recycling. We would like to do research on it and see what machines or procedures we can develop. We have now tackled one of the many problems there are. Because it is actually possible to recycle everything, some things just cost a little more research and are less straightforward.”

There have been plenty of moments where I wanted to give up, but I am very happy that we carried on and that such a beautiful company came out of it.Eline Stiphout, CEO Tusti

At what moment did you think ‘I’m quitting!’?
“Daily, for a year. There have been plenty of moments where I wanted to give up, I’m of course very busy, because I have three companies. But I am very happy that we carried on and that such a beautiful company came out of it. It was often at the moments where I was very busy in combination with my other companies. Also at the moments where something doesn’t go the way you think and you have to be patient. I’m an impatient entrepreneur, so having to save the patience until a patent has been assigned or a certain grant or collaboration is settled, was very hard for me.” 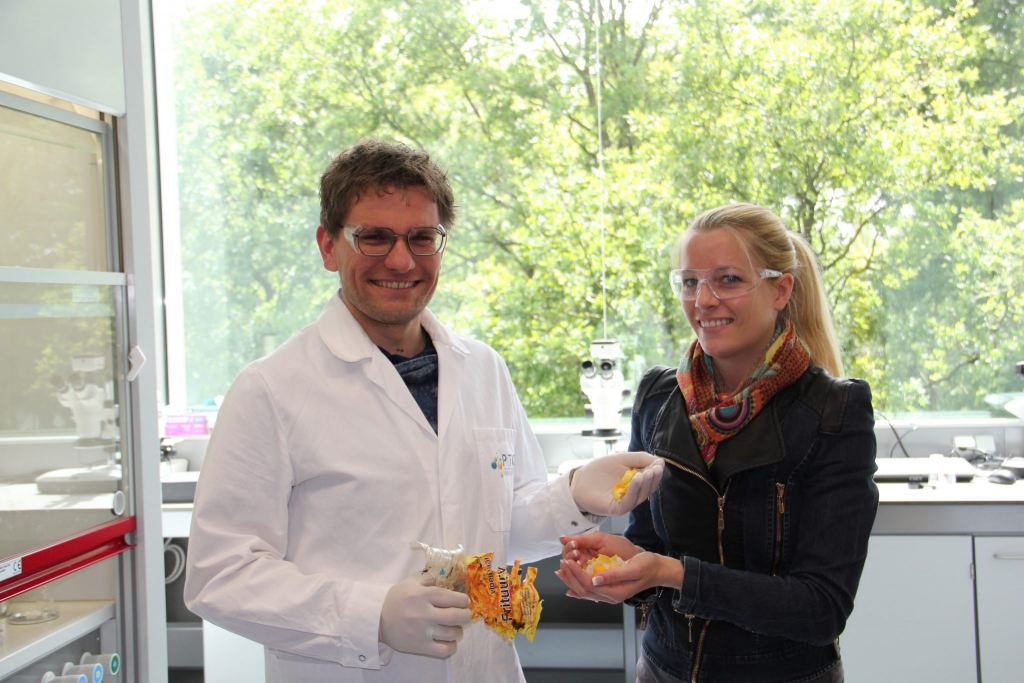 What makes you lyrical?
“That moment was when we won the Gouden KIEM Award, for the best chemical startup of 2016. Now it is confirmed again by winning a Gerard and Anton Award. Those kind of moments confirm that you’re really doing well. Also during the first trial run, when we saw that it really worked for the first time, we were thrilled.”

What can we expect from you the next twelve months?
“I can’t tell you everything about that yet, but a lot of beautiful things are about to happen for Tusti. You will often see us in Eindhoven , let’s just say that. Besides, we have also had several offers from China, but we’re currently orienting ourselves on a certain possibility in Eindhoven.”