“If I had asked people what they wanted, they would have said faster horses.”

These words of Henry Ford resonate with a lot of inventors and entrepreneurs. To date, the automotive industry has seen many Henry Fords in various forms. Carl Benz took the dream of moving fast into a new era. Henry Ford brought cars to the home of middle-class Americans. Elon Musk made long-range electric cars a reality. The major inflection point was the assembly line technique for mass production of identical inexpensive goods. Also known as Fordism, this not only transformed the automobile from an expensive curiosity into accessible transportation, it also profoundly impacted the landscape of the 20th century.

“Any customer can have a car painted any color that he wants so long as it is black.”

Henry Ford, along with others like Frederick Taylor (“Father” of the scientific management and efficiency movement), documented their observations regarding efficiency, continuous improvement and standard products. Later on, Shigeo Shingo and Taiichi Ohno applied their enhanced versions at Toyota resulting in “the Toyota Way” of lean manufacturing and “Kaizen” process improvement.

The influx of reliable cheap cars to the middle class increased additional investments in product quality and performance at the cost of alternative solutions and disruptive innovation. For example, in 1897, electric cars found their first commercial use as taxis in Britain and the US when taxis were still horse-drawn. Electric vehicles (EV) were popular in the early 1900s until advances in combustion engine cars and mass production of these types of cheaper options led to a decline in EVs which still exists to this day.

Henry Ford achieved his dream of affordable cars instead of faster horses. 100 years later, many companies are trying to achieve the dream of autonomous mobility. This dream dates back to research in the 1920s on automated drive assistant systems. But the road to a fully automated driving experience has been a bumpy one. Despite this, Tesla has been pushing boundaries by combining electrification with self-driving capabilities which create a fully electric autonomous experience. The move toward self-driving cars addresses the main existing safety issues by eliminating the single most dangerous element – the driver – as well as creates new issues.

The first is technical. The challenge of building an AI [artificial intelligence] system that can drive a car. Advances in semiconductor technology along with better and cheaper performing electronics have found their way in the automotive industry. The sensors and microcontrollers achieve the required functional safety levels. Plus, they support the high computational demand to crunch and analyze terabytes of real-time data for seamless (partially) autonomous driving. On the other hand, the dependency on semiconductor and electronics has become such a crucial element of the technology that today production lines are standing still because of shortages in SEMICON chips.

The second is legal and ethical. Who is liable for different kinds of faults? Our culture, personal and societal values influence our decision-making under stressful situations. Autonomous algorithms not only need to fully function under varying and harsh environmental conditions but also where and when human life is involved.

The third class of challenges is psychological. Unless people are comfortable putting their lives in the hands of AI, then none of this will matter. To build this trust, they must see the similarity of the technology to their behavior and values. These inclusive psychological challenges must be taken seriously otherwise people will not buy the product. Moreover, the economics would not work, and then that’s the end of the story.

The automotive industry has mastered design for safety, design for performance, and design for cost. Autonomous driving touches on more than technology, and attempts to take on board some of the more human aspects of mobility. We are removing the human part from the functionality but need to include it in the equation. This is especially important because the transition to fully autonomous driving and reaching a proportion of 100% of cars on the roads is still years ahead. This provides the opportunity to make sure we also think about design for inclusion and design for diversity. Simply put, it’s what the future needs and wants!

In a weekly column, alternately written by Buster Franken, Eveline van Zeeland, Jan Wouters, Katleen Gabriels, Mary Fiers, Helen Kardan, and Hans Helsloot, Innovation Origins tries to find out what the future will look like. These columnists, occasionally supplemented with guest bloggers, are all working in their own way on solutions for the problems of our time. So tomorrow will be good. Here are all the previous articles. 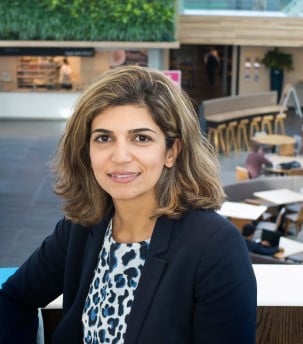 Microbiologists are building bacteria that convert CO2 into food