”Your sneak preview of the future” is the slogan of Innovation Origins, and that’s just what we will highlight with our Start-up of the Week column. Over the past few days, five start-ups of the day have been featured and on Saturday we choose the week’s winner. 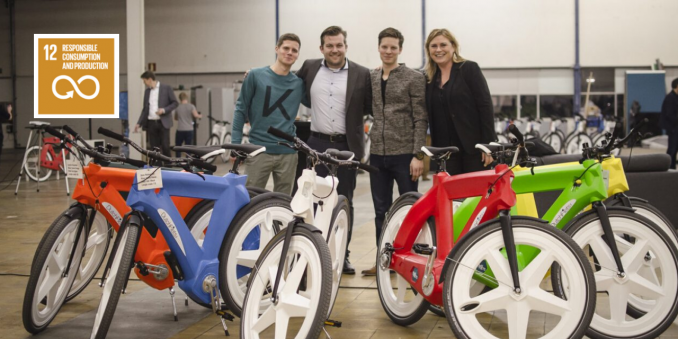 The fact that cycling is a more sustainable alternative to the car has been widely known for a long time. All over the world, traffic experts look almost jealously at how extensively Dutch roads are equipped for two-wheelers. Cycling is healthy, avoids traffic jams and reduces greenhouse gas emissions. And if all of that is still not sustainable enough, then the Dutch start-up Dutchfiets takes it up another notch.

They have designed a two-wheeler made entirely out of recycled plastic. And which meets all the strict safety standards of the European Union. Normally, bicycles are made of metal. But to make it all as circular as possible, Dutchfiets had to think outside the box. Apart from a few concepts, there just wasn’t a bike made of plastic anywhere to be found. But eventually they succeeded in making one. The whole frame was made of recycled bottle caps, except for a few crucial parts like the front fork. 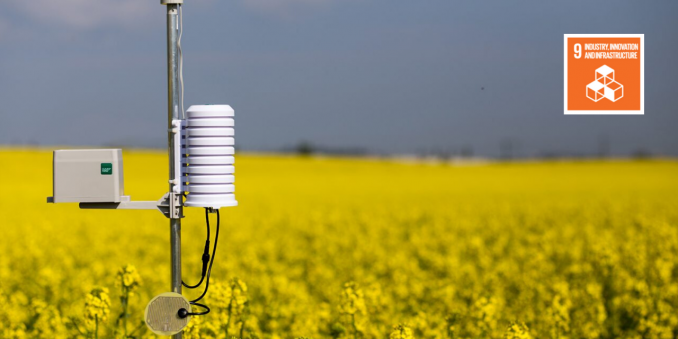 Clever Farm – Agriculture with the Internet of Things

In recent years plenty of modern applications have been invented that can transform agriculture into a high-tech happening. Nevertheless, the gap between concept and reality is still considerable at times. You can come up with all kinds of fantastic innovations in a lab involving GPS, drones, sensors and measuring equipment. But if the person who has to work with them is still operating in the 20th century, not much headway will be made. This is why the Czech start-up Clever Farm was set up. They want to use their tools to inspire old-fashioned farmers in Central Europe to apply the Internet of Things in their fields.

Clever Farms offers a modular service where the farmer only pays for the applications that they actually use. These include pest and disease detection equipment and sensors that measure humidity and temperature of the soil and air to the nearest square meter. As well as an AI prediction model that knows exactly when it is time to sow and harvest. 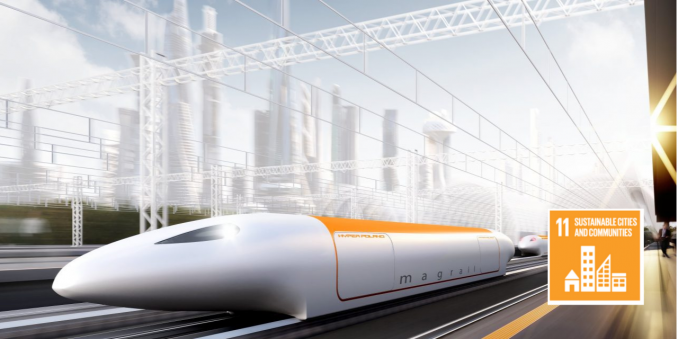 Ultra-fast trains that don’t lag behind aeroplanes in terms of travel time and comfort. Usually this brings to mind countries like China or Japan. However, in Europe there are also several ambitious projects underway regarding public transport that covers mid-range distances. The ideal country for a high-speed service is none too densely populated and has cities that are far away from each other. Given its name, the country that Hyper Poland focuses on is easy to guess. Poland has big cities, but is generally quite an empty country. Perfect for a magnetic floating railway track.

Hyper Poland initially started out as a think tank in 2015. Meanwhile it is nowadays developing its own mag-rail technology. This is expected to significantly reduce travel time between cities in the Central European country. In spite of the very conservative Polish society, Hyper Poland’s founders has been able to convince politicians of their ambitious ideas. They have managed to arrange a phased approach. Firstly, a mag-rail modification on the existing railway line that can cope with speeds of 300 to 415 km per hour. Not fast enough? Eventually, speeds of 600 or even 1200 km per hour will be possible … 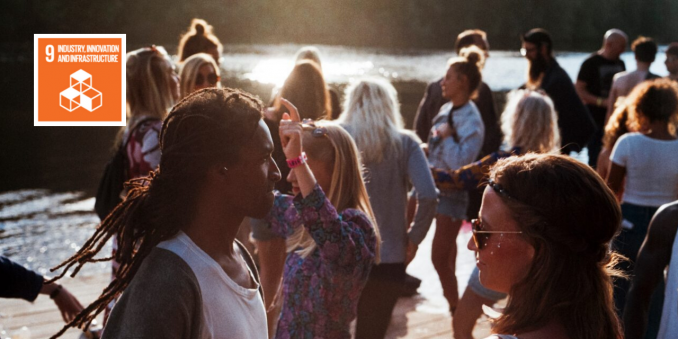 Triply – Catch a ride home even after the last encore

The problem with many festivals and concerts is that they go on until quite late. Often later than the last train home. And this is quite a disappointment for young people who rely on public transport. Since not everyone is prepared to be out all night or book a hotel, there is often nothing else to do but catch a ride home before the end of a fantastic concert. A real shame … If only there was such a thing as a flexible shuttle bus specially designed for event-related audiences …

The Austrian start-up Triply has leapt into this gap in the market. It’s an app that connects transportation companies, organizers and the public so they can seek the best connection back home. Whilst these types of apps are nothing new, they are mainly designed for urban areas. Triply focuses on rural areas, so that young people there can enjoy the same events as their peers in the big city and to the bitter end as well. After all, why miss that amazing end of a concert? Without a doubt no-one wants to miss out on that. 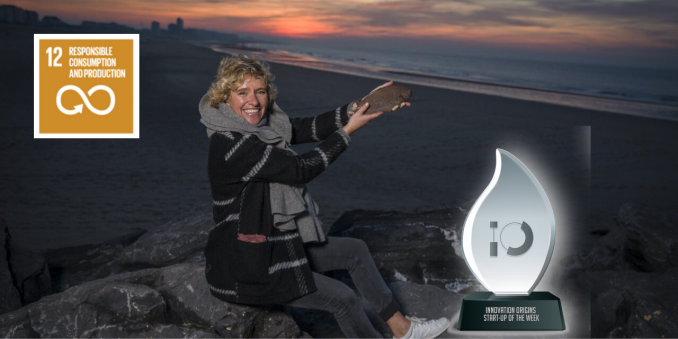 Since time immemorial, animal skins have been an excellent material to cover our bodies, furniture or accessories. Yet traditionally tanned cowhide leather is not particularly sustainable. In any case, cattle constitute a major drain on our ecological footprint and the related tannery process does not improve the situation whatsoever. Recently, fish skins have also been used to produce leather. Albeit that this isn’t entirely climate-neutral either. The Flemish start-up Sea Matters came up with a whole new tannery method for leather.

The secret behind it lies in the fact that no salt is needed with their equipment. Salt is normally used to absorb moisture from the skins, as otherwise they tend to decompose. This is crucial since obviously no one would be thrilled with a sofa that smells like rotting carcasses. Sea Matters has shown that it can be done differently too. by using a natural process that extracts the moisture from the skins. And all of this is done without needing large amounts of water to rinse it clean – twice as sustainable! The pilot phase was completed in September and the Flemish owners want to unleash a real revolution in the tannery trade. At Innovation Origins, we like ambition, practicality and ideas that at first may sound strange, but afterwards turn out to be rather brilliant. That’s why Sea Matters gets to take away our Start-up of the Week trophy!

Students compete to really make a difference with their…
Combating overfishing the oceans: A deceptively real…
Digitalization in greenhouse horticulture - from vision to…
'Making an impact with making chemistry more sustainable is…
Heating your home with hydrogen is not a foregone conclusion
'The best scientists also have start-ups'