Start-up of the day: Hyper Poland speeds up the country

How to cross over 600 kilometers in less than an hour only by train? We used to think that it’s impossible. Nowadays though, we’re closer than ever to make it happen. Innovation Origins wrote a lot about the hyperloop concept. Recently, you could hear about Delft’s based company Hardt Hyperloop and its newest plans. Meanwhile, in central Europe, the same idea is spreading in Poland. The company Hyper Poland is currently working on a technology thanks to which we are able – for example – to travel from Gdansk to Krakow within only 30 minutes.

Hyper Poland wants to “speed up” the country since years, by working on Magrail technology. The prototype of the Hyperloop vehicle was created by a student team and later on sent to California for a SpaceX Hyperloop Pod Competition II. Since then, the company won multiple prestigious awards and created an international team with a great vision for the future. Their main partners are, among others, Microsoft, Transfer Multisort Elektronik, Warsaw University of Technology, and the Railway Research Institute. The progress of Hyper Poland is pretty impressive but Katarzyna Foljanty (Co-founder & CBO of Hyper Poland) claims that they have many ambitious and innovative ideas for the future.

How did you come up with the idea for Hyper Poland?

Hyper Poland was initiated in 2015. Initially, it was an academic think-tank that comprised of students as well as scientists and alumni representing Warsaw University of Technology. Between 2015-2017 this team has been involved in various hyperloop competitions. They were the finalist of two SpaceX Hyperloop Pod Competitions organized by Elon Musk. In 2016, Łukasz Mielczarek (current head of infrastructure) and I joined Hyper Poland. This enforcement helped Hyper Poland to win the BIM of Innovation Award at the Build Earth Live competition in Dubai. When Przemek Paczek (current CEO) joined Hyper Poland in late 2016, this academic think-tank turned into a company. Simultaneously, our team has developed a unique three-stage approach to the hyperloop technology development.

How are the reactions of customers?

People in Poland are rather skeptical about Polish inventions. Not so much due to the lack of skills of Polish inventors but the lack of adequate financial and political support for such projects. Therefore, people were either delighted with our project and that is developed in Poland or said that it would not work in this particular country.

The concept of hyperloop is still science fiction for many people. However, at Hyper Poland, we developed a unique adaptation into European reality starting with the implementation of its first stage, Magrail, within the next few years. This is what makes our approach unique and more down to Earth.

Magrail is a passive magnetic levitation train operating on existing conventional railway tracks at speeds of up to 300 kph and 415 kph on HSR lines. This hybrid solution allows for the functionality of both the Magrail system and conventional trains on the same tracks. This can be subsequently transformed into a vacuum system – hyper rail, with a top speed of 600 kph (373 mph) on existing conventional tracks and 1000 kph on HSR lines. Our last step will require new dedicated routes. These new corridors will enable the hyperloop to travel at up to 1,200 kph. It will use subsystems tested in the first two generations.

What has been the biggest obstacle that you have faced?

There were many obstacles at the beginning. A lack of trust, lack of money, lack of big supportive partners. We needed everything, literally. We had to prove that our technology isn’t a paper tiger. In early 2019 first big partners believed in us, we got support from Transfer Multisort Elektronik, Microsoft, and the National Polish Centre for Research and Development which granted us 3.8 mln euros. Moreover, in Fall 2019 at the magrail demo in Warsaw, we showed a levitating prototype. This was a turning point when many people started to believe in what we do.

Where will Hyper Poland be in five years’ time?

At the moment, we’re focusing on our second round of the equity crowdfunding campaign on the UK platform, Seedrs (https://www.seedrs.com/hyper-poland1). Proceeds from this campaign will serve to continue R&D on key elements of magrail. Each euro from this round will be leveraged by another four euros from the EU grant. This, in turn, will be invested to build a 1:1 test track for the magrail system. Between 2021 and 2022, we plan to conduct the first tests. In five years we would like to finish the first pilot projects.

Start-up of the Week: innovation a loaded concept? Certainly not!

Tomorrow is good: Made with morality

Start-up of the day: fintech lends a hand to Italian businesses 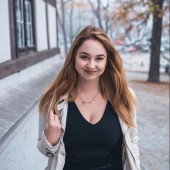 Paradigm shift in the use of animal experiments: Fewer animals, more reliable results