We shall consider various issues such as sustainability, developmental phase, practical application, simplicity, originality and to what extent they are in line with the de Sustainable Development Goals  of UNESCO. They will all pass by here and at the end of the week, the Start-Up of the Week will be announced. 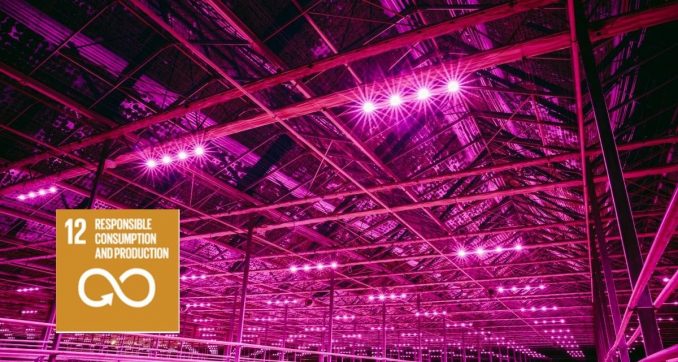 By now, just about every living room has smart LED lighting; a light strip behind a cupboard, a HUE lamp with colors on the ceiling, and everything can be controlled by your smartphone at the push of a button. Handy! This smart lighting can also be used in horticulture. Polish father and son team Lachowski developed Plantalux for greenhouses so that crops such as tomatoes, peppers and herbs are able to grow much faster. And all of this is energy efficient too!

What makes these lamps different from the competition is that they are linked to specific programs so that light requirements and light colors can be varied according to the crop.  All of this in order to optimize the growing process and to offer tailor-made solutions for a wide range of plant species. At the moment, the Lachowski family is only focusing on horticulture. So unfortunately, it is not yet possible to buy a set for your droopy houseplants which keep dying on you in spite of all your care and dedication.

Placing a wind turbine in the sea requires quite some preparation. Work has to be carried out both underwater and above water, the building materials have to be shipped to remote places, while these types of windmills are at least 150 meters high, as well as there being a fair amount of wind on the high seas. Not exactly safe conditions! Engineer Jan Lanser thought this could be done both more safely and faster and developed a vertical system for wind turbines.

How exactly does this vertical system work? A bit like a high-tech parasol holder that you see on terraces. The turbine, including the pontoon (the part that disappears underwater and serves as a foundation), is built on land. That’s how the dangerous part of work can be sped up, then it only needs to be secured and rigged on location. In this way, an offshore wind farm can be completed up to four times as quickly. 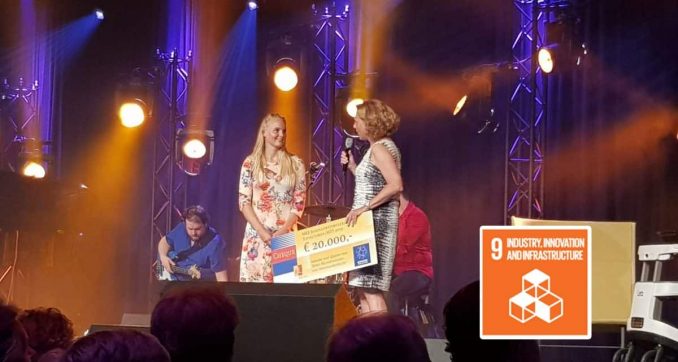 Modern civilization has existed for about 70,000 years and in the past millennium,we have built up an impressive CV full of innovative inventions. However, we sometimes forget that there are more animal species living on this planet who have also developed into knowledgeable specialists over millions of years of evolution. A good example of this is the shark with its remarkable skin.

This is a surface that produces electricity, heals and cleans itself, reduces friction and does not freeze – says Josefien Groot, the founder of QLayers. Do we have to hunt sharks en masse? Certainly not! With 3D printers, this material is able to be reproduced on a large scale and act as an extra layer. This makes airplanes, ships and wind turbine blades more aerodynamic, and you won’t get into an argument with Greenpeace. 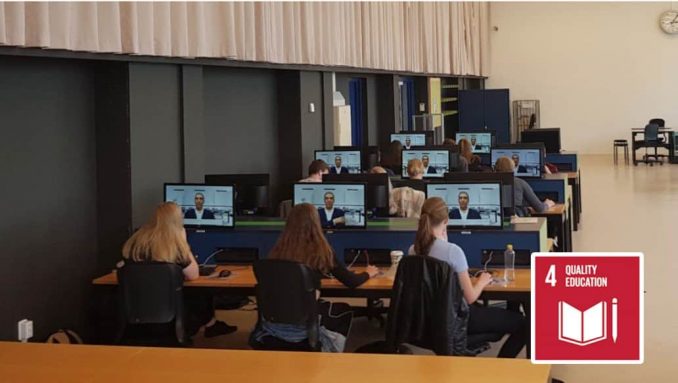 We’ve all done some of these forced role-playing games during training or job applications. Do you really learn anything from them? That depends a bit on the acting skills that are shown of course. How handy would it be if you no longer had to perform uncomfortable scenes and, moreover, were able to train your skills in conducting bad news discussions anytime you want.

Computer games are no longer just for entertainment purposes, that’s what they say at the Utrecht start-up Dialogue Trainer. With their software, people in all kinds of different sectors, such as security, telemarketing, police, education, healthcare and government, can improve their ‘resistance discussion skills’. Dialogue Trainer is as yet only available for the business market. Unfortunately, this software won’t help you bring discussions about your relationship to a satisfactory end. Perhaps you could try The Sims for this. 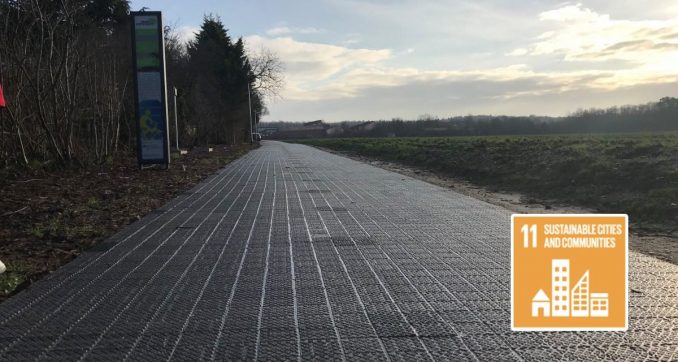 With their cocktail mix of advantages, Solmove GmbH earns the weekly trophy of Start-Up of the Week. In recent years, solar energy has become increasingly visible on the streets. More and more you see in cities solar panels on the rooftops of buildings. Yet the ‘street-scape’ consists of more than just buildings, there are streets and roads as well. The Netherlands has more than 136,000 kilometers of road surface; this asphalt can become an energy generator with the ‘solar carpet’ from the German company Solmove GmbH.

But wait – there’s more! This asphalt covering not only produces energy, but is also equipped with smart software that maps out road use. This is how road surfaces will be able to communicate with traffic lights and traffic information systems, thereby improving safety. Usually asphalt is not actually associated with sustainability, but Solmove GmbH shows that this can also be done differently.

Will the roads of the 20s and 30s of the 21st century also be our power plants? They just might be! After all, additional infrastructure no longer needs to be laid out.

The Space Week shows the social importance of space for…
Students compete to really make a difference with their…
Big ambitions for imec.istart.nl, after a year of the…
You shouldn't just ask for a grower, but just give Bart a…
'We're only going to succeed with the knowledge of tomorrow'
InsectSense uses insect-inspired innovations to detect…
Manage Cookie Consent
We use cookies to optimize our website and our service. Help us to make our site better by accepting all cookies.
Manage options Manage services Manage vendors Read more about these purposes
View preferences
{title} {title} {title}