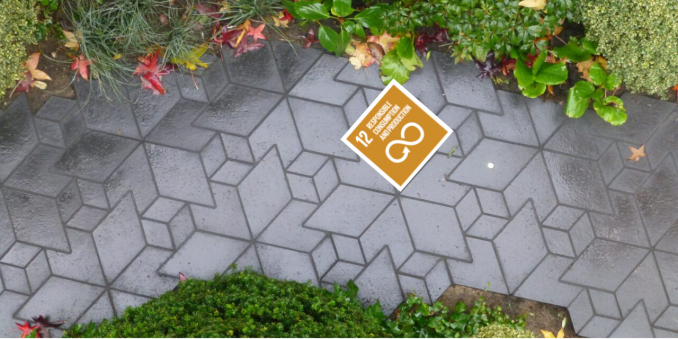 When there is a talk of raw materials becoming depleted, most people think of oil or gas. But there is another shortage still to come in the next few decades that is a slightly lesser known. It concerns concrete, something that you see quite regularly in many a streetscape. What to do about it? Recycle! After all, this barely ever happens at the moment while there is plenty of potential here.

The Dutch start-up company Studio Wae has developed a method to create ‘circular’ tiles. This gives old tiles a new life. And what a life! The sustainable paving also looks incredibly smart and streamlined. Using a simple click system, you can turn any garden path into a work of art by M.C. Escher. This is how you can make a statement both in artistic and sustainable terms! 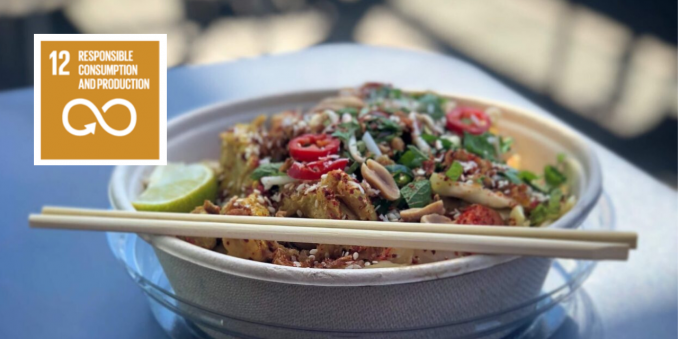 Ordering a meal online is just a few clicks away. An hour later, you’ve finished eating it and you’re stuck with an incredible amount of rubbish. Delivery restaurants tend to be over-generous when it comes to trays, bags and foils. This packaging overkill ends up en masse in the garbage can at present. Not really sustainable at all.

If it is up to the Austrian start-up RePhil this will soon be done completely differently. They have introduced on to the market reusable packaging for takeaway meals. As is the case with PET bottles, recycling is linked to a deposit system. In other words. rewarding desirable behaviour. The packaging can be reused hundreds of times and is made entirely of sustainable materials. Ideal if you don’t feel like cooking one evening and still want to contribute to a more sustainable world. So you can wolf down your junk food without shame … 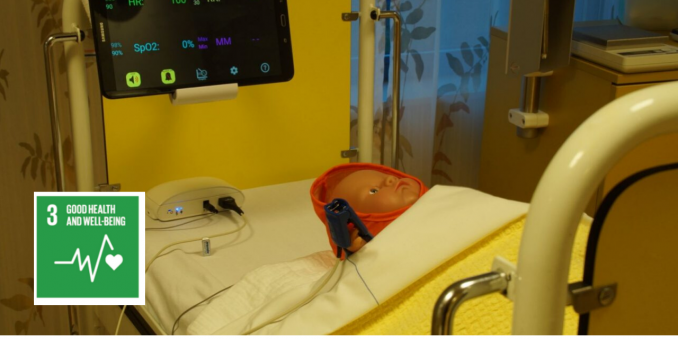 Conditions in most Sub-Saharan countries in Africa have improved significantly in recent years. However, the standard in hospitals is still far from that of Western countries. Incubator wards with thirty vulnerable children and only one nurse is quite normal in these areas. The nursing staff also have to make do with far less technical gadgets like heart monitors. As a result, many babies die needlessly from conditions such as blood poisoning, dehydration or pneumonia.

Goal 3 is named after the third goal of the UNESCO sustainability targets of the UN. We always feature in this weekly review (see above). What do Goal 3 do? Deliver heart monitors to countries like Tanzania so as to help reduce the rates of child mortality. This monitor keeps a close eye on all patients using an algorithm and sounds the alarm in the event of acute danger. This allows a doctor to intervene much faster at times when every second counts in the earliest phase of the lives of very young patients. 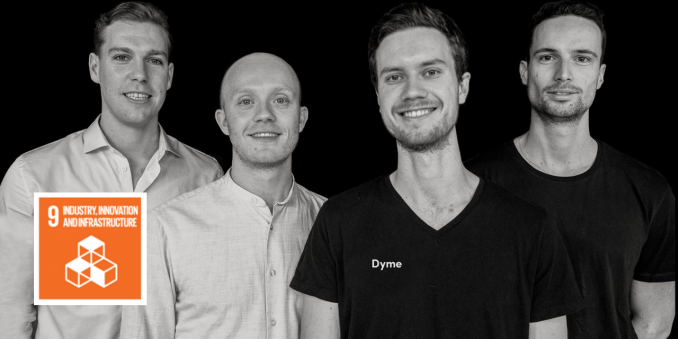 Dyme – Never again sink in a sea of subscriptions

Where on earth does all that money go every month? – Is a question asked in many households with a certain amount of frustration. Managing a proper household expenditure record takes quite quite a bit of discipline. As subscription services have become a lot more common than they used to be, maintaining an overview is even more complicated. Direct debits are of course very practical, but they also make sure that that one forgotten gym subscription – that you never use and started in good spirits during your good intentions of 2014 – quietly renews itself again and again.

Dyme wants to change this. Because of the new PSD-2 link that has been approved relatively recently, their app is able to make contact with your bank account. This gives you a clear and visual overview of exactly what you spend money on. And to take even more hassles off your hands, the Dutch developers can even cancel the redundant services for you. Consequently you don’t have to keep a housekeeping notebook. Nor do you have to call a cancellation department that turns out to be just another sales department with slick telephone salespeople trying to con you with a ‘unique offer you can’t refuse.’ 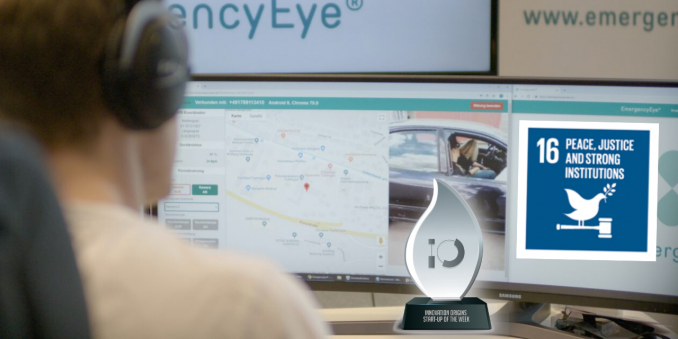 Even though the 21st century has been going on for 20 years already, emergency calls are still made by phone. You can learn a lot about an emergency via audio, but this isn’t always straightforward when dealing with an emergency. Often the emergency services are at the mercy of the description of the caller who may be in a panic. Or who for some other reason cannot clearly outline the situation. A piece of software should change this. Pictures speak louder than words, according to the German team behind Emergency Eye.

With the push of a button, the call handler is able to see what’s going on via the camera on the caller’s smartphone. The major difference from other initiatives is that Emergency Eye works completely autonomously and no special apps need to be installed on phones of the users. This tool also offers a chat function so that text messages can be communicated. It also includes a translation tool. This is ideal for those who are most gravely affected, only speak a foreign language, are deaf or hard of hearing. Even if a caller is holed up somewhere with an aggressive suspect nearby, they can now sound the alarm without making a sound.

Actually, it’s kind of odd that this hasn’t been integrated into the system yet, isn’t it? It sounds almost too logical, at least that’s what we thought at the editorial office. Everyone has a smartphone with internet and a camera – while we are still making the most critical calls with an outdated audio technology from the twentieth century. These tools can make all the difference in emergency situations, we are absolutely convinced of that. Just as we are of the fact that Emergency Eye has won our weekly prize!