In the future, we will no longer go to the hospital or to the doctor for care as often as we do now, predicts Christopher Busch, Head of the Innovation Management Department at Philips during High Tech Next in Eindhoven last week. If you have a headache, you’ll call the doctor using a direct video connection as we already know it from Facetime and Skype. The doctor then asks the patient what is wrong. And only when it’s really necessary does he have to go to a clinic to undergo a physical examination.

This saves both the patient and the doctor a lot of time. Think about what happens when you enter the waiting room at the family doctor’s. First there are the general questions such as: How are you doing? Then the patient explains what’s wrong with him or her. And then they say goodbye. A consultation is quicker on the phone.

It’s also more impersonal. After all, the doctor and the patient do not have direct physical contact, which is usually the case during a visit.  You can imagine this for a headache. A doctor cannot feel from the outside what is happening inside the patient’s head that is causing the pain. But even more complex care will more often take place at locations other than within the walls of the hospital, Busch predicts. Digital networks will be used so that doctors and nurses can monitor the status of patients. 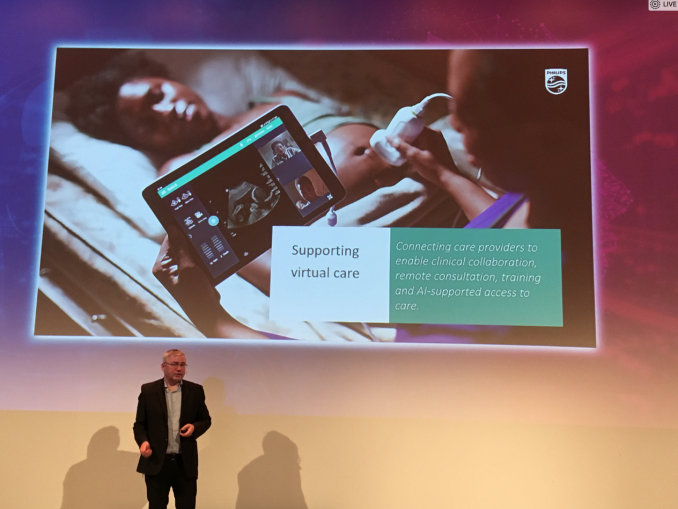 According to Christopher Busch, digital care networks are emerging that will replace traditional hospital care.

This can be done, for example, by means of a biosensor on the bodies of patients that sends data to a computer in the hospital. Nurses in a control room can see the data and be alerted if something seems to go wrong. These platforms can be connected to the sensors of patients who are at home, but they can also be located in a healthcare institution. “As it is now, we are accustomed to receiving care within the four walls of a hospital. That will change. Care is more likely to consist of a network that is partly located outside the hospital,” said Busch.

The reason is that the cost of care worldwide is skyrocketing, says Busch. With the current way of providing care, it will no longer affordable. The population is growing and people are getting older and consequently are getting sick more often. In addition, eighty percent of the European healthcare budget (700 billion euros) is spent on the chronically ill. Those patients will continue to need care. They need a relatively large amount of attention from healthcare providers and that costs a lot of money.

At the same time, there is not enough staff to be able to provide all these different forms of care properly, which means that more and more people in the healthcare sector are getting burnout, according to Busch. To top it all off, he also predicts a worldwide shortage of 12.9 million care providers.

The introduction of new medical instruments to provide care at a distance, such as the biosensor or care that leads to faster healing, should provide the solution. Philips is testing these new tools using four criteria. The first criterion is the result of the patient’s treatment, which has to meet a certain quality standard. The second is whether it reduces costs. The third is that the patient must be satisfied with the treatment. And the fourth is that the workload for the nursing staff is reduced.

Will the work continue to be fun in the future?

However, one question was not discussed, which is whether nurses and doctors will like having to do so much work on a computer screen. Many doctors and nurses like the personal contact with their patients, despite the overcrowded waiting rooms, chaotic agendas and busy night shifts. It remains to be seen whether they will want to exchange the loss of the hustle and bustle for the chill of the computer. 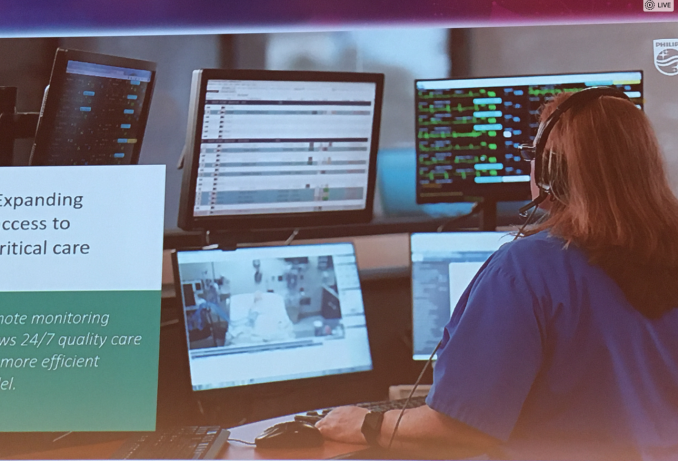 In the future, nurses will monitor patients using computer data sent by sensors on their bodies.

The innovative power of a 75-year-old techie with assertive…
At Philips, transparency is paramount. 'Patients and medical…
Digital care becomes even more important with advent of new…
Lightning-fast 5G network will change agriculture, mobility…
In Denmark, Nemo Healthcare proves that home monitoring is…
Better for the patient, more efficient for the surgeon
Manage Cookie Consent
We use cookies to optimize our website and our service. Help us to make our site better by accepting all cookies.
Manage options Manage services Manage vendors Read more about these purposes
View preferences
{title} {title} {title}