The first edition of the Techcafé, which had robotization as its focus, immediately whetted everyone’s appetite for more. In fact, the enthusiasm for this event organized by Mikrocentrum and DSPE was so great that the second edition has already been scheduled: 7 July will be about systems engineering, another typical high tech theme.

On 28 April, the Techcafé filled up for a discussion between Mikrocentre’s High Tech Platform manager Maarten Roos and four robotics specialists: Heico Sandee (CTO and founder of Smart Robotics), Mark Stappers (Lecturer/researcher at Fontys University of Applied Sciences, Wouter Kuijpers (Program Officer at the Eindhoven University of Technology) and Martin van der Have (Sales & Marketing Manager at ABB Robotics). Their message was twofold. On the one hand, they noted that the introduction of industrial robots is still lagging behind considerably and that there are just as many obstacles surrounding this. Yet at the same time they called on the SMEs present to make a start regardless. “It’s just like the smartphone or PC,” says Martin van der Have. “It always a struggle at first. It’s the same with robots. They won’t be an overnight success, but the learning curve that you undergo will eventually get you to where you want to be.”

It is however prudent not to go through that process on your own, he adds. “Start talking to parties who have already been through it. Learn from them and make some plans together. At some point you will find that it can be done after all, and that you are even able to make money by doing it. Because ultimately that is what it is all about as an entrepreneur: that you help your business to grow.”

The fact that in a crowded room only two entrepreneurs raised their hands in response to the question posed by Maarten Roos as to who is already working with robots, is further proof to him of the usefulness of a get-together like this one. “It seems that SMEs are still waiting to see which way the wind is blowing. Maybe they are just waiting for the time when it will all be plug & play, just like with the iPhone of today.”

The four speakers are in agreement. Van der Have: “Robotics is still in its infancy. We think that a lot is already feasible, but in reality, things are not quite as far as they could be. A lot of product development still lies ahead of us. Firstly, we will have to raise the level of ease-of-use. A second step is co-robotics, offering people the opportunity to work together with robots. And the third point where we are seeing a lot of development is around digitalization of companies. Then it’s about unlocking data, for example, and then doing something clever with it.”

Wouter Kuijpers also sees a task for science in improving the functionality of these robots. “We want smarter robots. That is, robots that will actually understand more and more on their own. That you can perhaps give commands to on a higher level. As a user, that means you won’t need to teach such a robot everything anymore to be sure that the instructions are clear.”

To do this, the university needs a lot of use cases, which it also hopes to get from SMEs. “What exactly does industry want? What are some of the things that they want robots to be able to do? Then we do the research bit. And out of that, of course, come results that we want to test out as soon as possible. The same goes for relevant use cases stemming from SMEs.” According to Kuijpers, the fact that the participation of industry is seen as an advantage in subsidy applications is one more reason for SMEs to delve into the material posthaste.

Sandee has plenty to say about this, even from the point of his less positive experiences. “At that time, we noticed exactly what we are also seeing here now: there is a lot of knowledge about robots in science, but in actual practice, relatively few are used. We based our idea of an ’employment agency for robots’ on that. This is how we wanted to put this technology into practice. But that was a bit of a letdown. Because in actual practice, such robots are not very flexible at all. We ran into very practical problems. From afar, it always seems so much simpler than in actual practice. We spent hours and days trying to solve the smallest details. Sorting books and putting them in a box – sounds pretty simple, doesn’t it? But if two covers stick together for a brief moment, the whole system is a shambles.”

It’s all the details that create complexity, Sandee points out. “And that also means that a generic interface is practically no use to you, even though it could be interesting for your business. That generic user interface actually missed the mark completely. But you only find that out on the job.” The upshot was that the idea of the employment agency was abandoned and Smart Robotics now chooses specific markets after all. In the meantime, five years have passed and there are about a hundred robots on offer in the market. “So, with 75 employees, we are almost running at 1-to-1.”

Robotics is a professional skill, Roos notes. “But do we have enough people in the Netherlands to take up this profession then?” Mark Stappers doesn’t have to think about it for long. “If you look to what the future holds, then that is really a problem. We will constantly have to consider how we can get more engineers involved in different types of activities. And that starts as early as elementary school, but also includes retraining people who are now on the assembly line, for one thing.”

There still seems to be quite a few hurdles for SMEs. In a world of high mix, low volume, the advantage of mass production often falls away, which makes it more difficult to justify the investment. The teething problems that they encounter around robots also make entrepreneurs wary. Moreover, robots are still primarily designed for somewhat cruder tasks; the millimeter work that Brainport is so proud of is still a largely unexplored area. On the other hand, the prospect of 24/7 manufacturing of products of unprecedented quality is very tempting. Not to mention the cost savings that robotization will eventually need to deliver.

“The decisive factor when weighing up all those considerations is the goal you have with robotization,” Mark Stappers says. “We often get asked what a company can do with robotization. Such as, ‘we have a robot and we want to automate, now what do we do?’ We then try to always take that question out of the robot realm first and figure out what the processes in such a company are and what they actually want. Just having a pot of money and buying a robot is not enough. You have to have an underlying idea, and that includes for the business as well. In this respect, our students act as the implementers of applied research.”

That SMEs still want to wait and see, is something the four speakers understand all too well. They all see ease-of-use and robustness, as well as making the robots (which are still ‘relatively stupid’ at this stage of development) even smarter, as one of the most important challenges for the coming years. But this requires people, we hear in unison. Researchers, developers, specialists – “if the Netherlands wants to uphold its reputation as a knowledge economy – and if it wants to come out on top of Belgium in robot development for a start – we really need more in the way of talent development than we are currently showing.”

The next Techcafé is on 7 July, from 3:30 – 6:00 pm, at Mikrocentrum in Veldhoven. The topic then will be Systems Engineering.

Interested in robotics? Then come to the trade fair ‘Vision, Robotics & Motion’, on 8 and 9 June in the Brabanthallen in the Dutch city of Den Bosch. 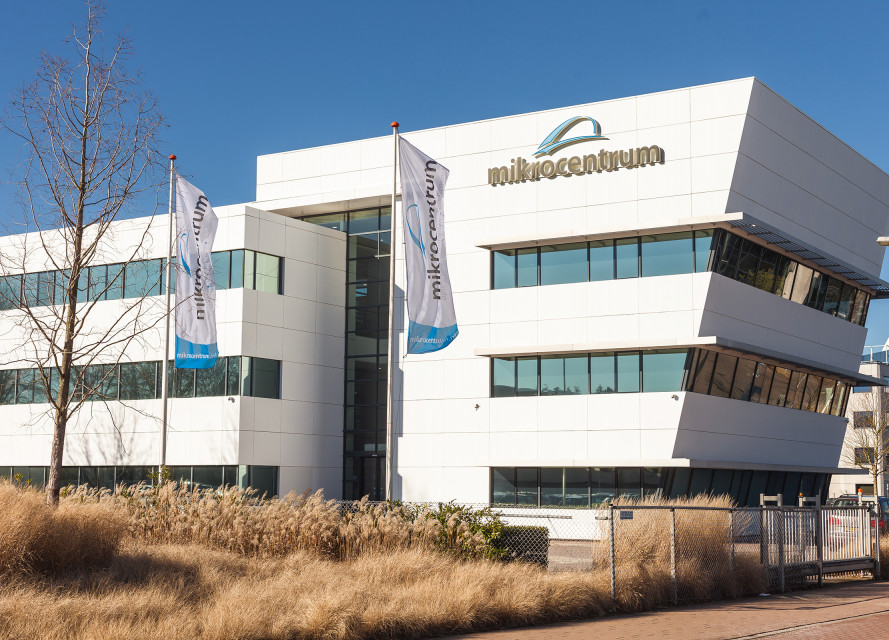 This course reveals the ‘mystery’ of technical terminology – Innovation Origins
There is a need to break down technical terms for those working in the tech industry without having enough background knowledge.

This story is the result of a collaboration between Mikrocentrum and our editorial team. Innovation Origins is an independent journalism platform that carefully chooses its partners and only cooperates with companies and institutions that share our mission: spreading the story of innovation. This way we can offer our readers valuable stories that are created according to journalistic guidelines. Want to know more about how Innovation Origins works with other companies? Click here

The Brainport way of Systems Engineering
Move to live: how Move to Be wants to get the country…
ESI (TNO) and Capgemini want to take a more efficient…
From 100-day projects to long-term studies: Fontys ICT…
'Quit your job for one day a week'
Innovation in 3D bin-picking thanks to Future Experience…