In a weekly column, alternately written by Maarten Steinbuch, Mary Fiers, Carlo van de Weijer, Lucien Engelen, Tessie Hartjes and Auke Hoekstra, Innovation Origins tries to find out what the future will look like. The six columnists, occasionally supplemented by guest bloggers, are all working in their own way on solutions for the problems of our time. So that Tomorrow will be Better. This Sunday it is Auke Hoekstra’s turn, with an tribute to the scientific predictor. Here all previous episodes.

Last Sunday the 8 o’clock news called me a ‘predictor‘. At first, this felt strange, but on closer inspection, I want to pay tribute to the scientific future tellers. In my opinion, this is the best medicine against a multitude of ailments. From climate change to dogmatism, fascism and populism. And I think that medicine is taken far too little.

Technology has the potential to greatly improve our lives. At the same time, it also causes problems such as climate change and makes it more difficult to understand what we can do best. How do we deal with that? Dogmatic religion states that all answers are contained in old books, even though they were written in a time when technology hardly existed. Fascism calls on us to think only of what is good for our own country (“America first”). Populism argues that we should go for our first ‘gut reaction’. I think we can give them all a rebuttal with our scientific predictions for the future.

By scientific, I don’t mean that it has to be done by universities. I purely mean that we use the scientific method. In short, that means that you have to base all statements on a clear foundation that can disprove other statements. The most beautiful anecdote I know about this comes from the biologist J.B.S. Haldane. He was asked: “If evolutionary theory is so ‘scientific’, how can I prove that it is not true?” To which he promptly replied: “Show me one fossil rabbit from the Precambrian“. (Everywhere in the world we find rabbit bones but they never appear in earth layers with fossils of animals that according to evolutionary theory lived earlier.) 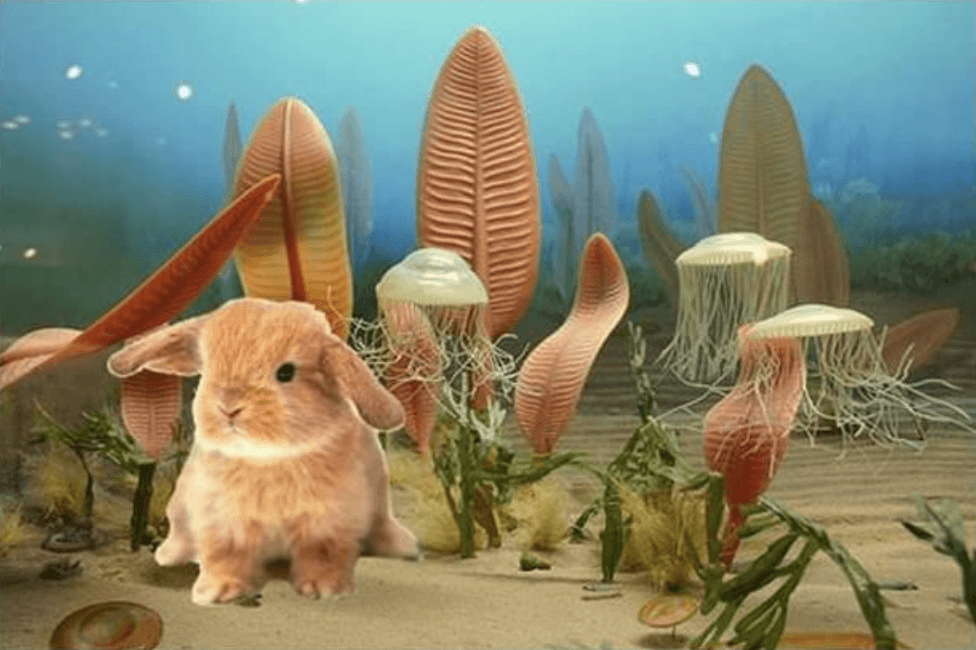 Rabbit from the Precambrian?

The method I prefer to use is a (simplified) virtual copy of the real world. First I load maps. Then I program hundreds or even thousands of unique people and/or machines that I let live their lives as truthfully as possible. Finally, I investigate what would happen if something interesting changes. For example: who is going to buy an electric car when and what does that do with the electricity grid and CO2 emissions? What will change for these people if there would be autonomous shared cars? How many batteries and how much hydrogen is needed if Brabant gets all its energy from windmills and solar panels (see video below, with commentary in Dutch). Etcetera.

It all looks simple but with this approach, you can calculate much more complex problems than with most other models (see my publication about this). And despite the complexity, the model remains very recognizable. For example, the people in the model are just a reflection of Henk, Ingrid, Geert, Marianne and Mark. And although you can give a place to many different and developing technologies, it always remains very recognizable. For example in the example of specific windmills where a wind turbine expert can assess whether this is done well. Users can play with the model by changing the assumptions. This allows them to see in real time what actually changes when one or another starting point is chosen. I use such models purely to calculate measures against climate change, but you can also apply them in all kinds of areas. Ideally, such a model should be as recognizable and accessible as the story of the populist, but then quantitatively substantiated. How cool is that?

Unfortunately, modern predictive technology can not only be used against but also by dogmatics, fascists and populists. This allows them to predict even better which hot buttons to press in order for people to react the way they want. Cambridge Analytica demonstrated this with Trump and Brexit (although we don’t know how effective they were). China goes one step further: we already knew that they monitor all Chinese via Google and Facebook, but now they are even trying to put the whole world under surveillance. If you link all that data to prediction models like mine, you get horror scenarios. At least for people like me who feel that freedom is important. That is precisely why democratic countries must also have good prediction models. Because just as you can best fight a virus with an antivirus, the best way to fight people who secretly abuse scientific prediction models is to use equally powerful models in all openness.

I would, therefore, like to see more scientists, entrepreneurs and policymakers using state-of-the-art prediction models. In my opinion, this would be of enormous benefit to the world. Because it is great that we have the technology to make tomorrow good, but we also need the insight to make good use of that technology.