Recently I watched the fascinating Netflix documentary Wild Wild Country about the Indian guru Bhagwan Shree Rajneesh, who had a huge group of followers in the 1980s. Often it was because of a message of love, encouragement of creativity and craftsmanship plus a spiritual quest. In fact, a wonderful principle. In 1981, Rajneesh, together with this large group of followers, buys a piece of land of over 65,000 hectares in Oregon (U.S.) where not much can be found except for a lot of stones.

About 100 fully dedicated followers set to work day and night to work on their intended paradise. Because the group had a number of engineers and city planners among them, it was picked up professionally and within a few months, a complete village was pounced out of the group, even with its own water and power supply. They cultivate the land into fertile agricultural land using the latest technologies. By the end, there would be more than 6,000 inhabitants of this city, including about 3,000 homeless. Despite the fact that some of the latter group would eventually be deported, this merge seems to go amazingly well. One would think that absorbing 3,000 homeless people in a short period of time brings with it enormous chaos.

Even more than the storyline, I was impressed by the power of such a strong community. One of the basic needs of people is the feeling of being accepted. In this community, there was a strong response to this and that brought with it an unprecedented organizational power. In the book Homo Deus, Huval Noah Harari writes that this is ultimately what has allowed mankind to develop much further than any other animal species; the ability to work effectively with strangers on the basis of a common faith. Whether it is a company, sports club, or religious movement.

At the end of the documentary, the leader of this group is deported from America and, as is often the case, the entire group falls apart as a result. Within a month, all residents have left the place and many find their own way again. Despite all the incidents, it almost felt like an unnecessary loss of such a strong community that in principle strived for a positive ideology.

This strong dependence on one individual leader can also be seen in companies like Apple and Tesla. Not a week goes by without a news item about Elon Musk. The coverage and attention focus strongly on the leader rather than the company. One of the founders of Nike was a neighbour of the Rajneesh community and this is how his story comes to the fore in the documentary. To be honest, that was the first time I heard the name of one of the founders of Nike. Nike is an incredibly strong brand, known worldwide, but I doubt that many people have ever heard the name of the founders.

Strong leaders like Steve Jobs and Elon Musk, however, make companies big with their vision. Although there is not always something wrong with that immediately, it is a problem in the long run: nobody is immortal so often it means temporary prosperity for a company. This focus on one person can also give people around him or her the idea that without him or her the business is lost, as with the Baghwan. That is why Jim Collins, in the books Built to Last and Good to Great, argues for a different type of leadership. Level V leadership he calls it; leaders who do not tell others what to do but the other way around. First, it is important to find the right people and then jointly determine the direction instead of the other way around. I can imagine that people like Steve Jobs and Elon Musk can be extremely impatient when they ask people for direction because they have long known where they want to go and only want to hear how long it will take before they get there.

I also think that the image that is created of a single hero can have a negative impact because young people may pursue an image or role that is not for them and may not be realistic either. This can lead them to make the wrong choice, underestimating or misusing their own potential. This week, I spoke to a Helmond councillor who works a lot with young people from ethnic minorities. He said that they often choose commercial economics as a study because they want to become a flashy businessman with a nice car and a lot of money, but in the meantime, they have to do an internship at a branch of Kruidvat. When he tells them that instead, they should become plumbers, they are full of disbelief. Of course, not everyone will like that but the fact that they have not even considered the option indicates that they may have been too eager to pursue a certain image instead of a certain goal. 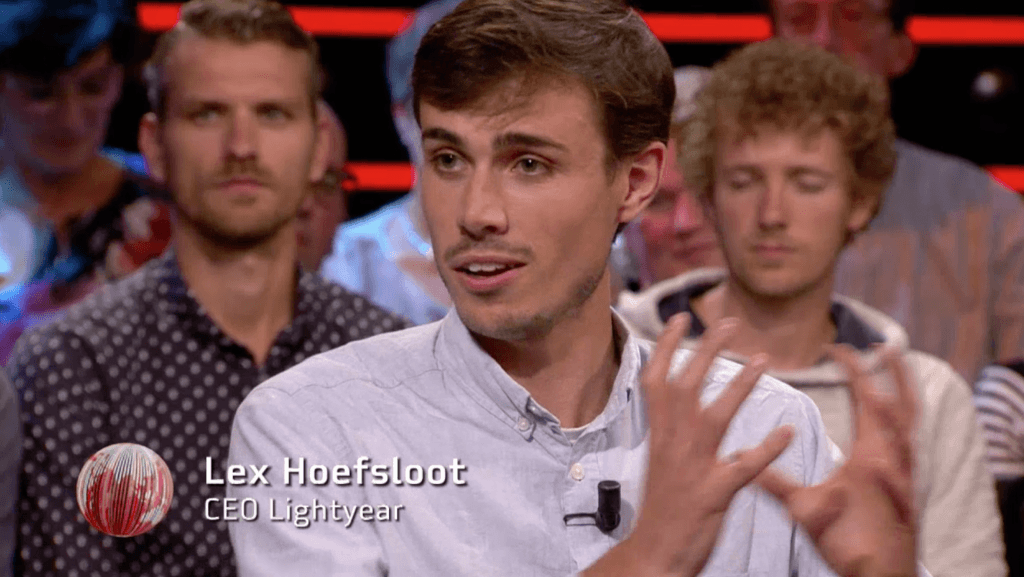 The beauty of a ‘Level V‘ leader is that he stimulates the people around him to show individual leadership and to grow as a person with which the sustainability of the company grows. All these people together then carry the company instead of one person. You should check out the interviews with our CEO Lex, the question is often asked “how did you manage to…”, and Lex almost always answers “it’s a team effort”. For example, at Lightyear, we are regularly asked to put one person forward and preferably someone who talks easily and comes across as funny instead of the one who may have a much nicer story in terms of content. Lex has regularly tried to convince journalists of the fact that someone else would really be a better fit for a certain subject. In vain. I understand that it is more complicated to write a story about for example 10 people than about 1 but it doesn’t always feel justified and I sincerely hope that the general public understands that no company is a one-man show.

In a weekly column, alternately written by Maarten Steinbuch, Mary Fiers, Carlo van de Weijer, Lucien Engelen, Tessie Hartjes and Auke Hoekstra, Innovation Origins tries to find out what the future will look like. The six columnists, occasionally supplemented with guest bloggers, are all working in their own way on solutions for the problems of our time. So that tomorrow will be good. Here are all the previous episodes.

The innovative power of a 75-year-old techie with assertive…
Everything that can affect a plant
reNature works with farmers to make depleted farmland…
Intercultural Dialogues between Dutch and Chinese…
The value of a good brainstorm and how to make it work next…
Academic heart, commercial head
Manage Cookie Consent
We use cookies to optimize our website and our service. Help us to make our site better by accepting all cookies.
Manage options Manage services Manage vendors Read more about these purposes
View preferences
{title} {title} {title}