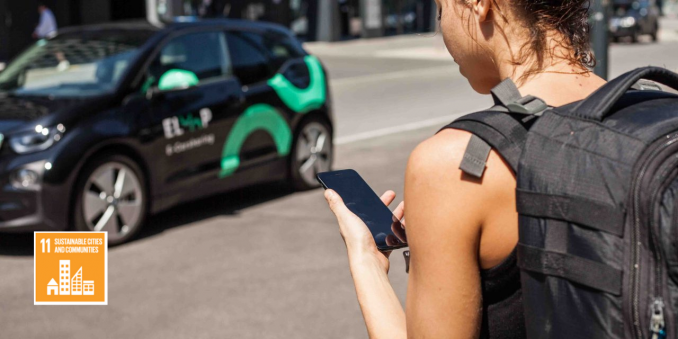 Why use an object or vehicle on your own when you don’t even get to use it most of the time? What a waste. Cars are a good example of this and are widely shared nowadays. But the Austrian Eloop noticed that often this kind of car-sharing involves vehicles with a petrol or diesel engine. And in times when we want to live more sustainably en masse, that’s a bit ridiculous. They decided to set up a new start-up company to provide car-sharing services with electric cars. (In the Netherlands, Amber and We drive solar already preceded the Austrians).

Eloop’s sustainable fleet also offers more than just convenience for the environmentally conscious user. Because Vienna wants to become a so-called ‘smart city’, a lot of green data needs to be collected. And it cuts both ways here: the Eloop cars are equipped with sensors that can map pollution in real-time. The hundreds of cars driving around the city measure fine particles and noise pollution at street level. This allows the municipality to see where they need to take action at all times. 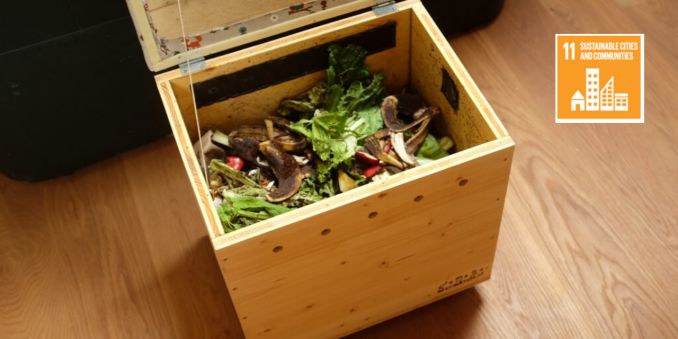 Wormsystems – From earthworm to garbage collector

Usually, when you think of a start-up, you think of an innovation that uses some form of modern technology. Yet sometimes good old Mother Nature still turns out to be the greatest innovator. This is proven with the Viennese worm boxes from Wormsystems. Feeding green waste to these hungry creatures produces highly organic humus, which in turn can be used as an excellent fertilizer for plants. The greedy earthworms are a lot more sustainable than a green container and a dirty garbage truck.

It sounds almost too good to be true, but it really is the case. If all the organic waste from the Austrian capital were to be processed by earthworms, 20 to 40 fewer garbage trucks would be needed. Talk about sustainability! Unfortunately, these earthworms don’t like residual waste or plastic. Perhaps this is a good goal for the future. Are there any bio-engineers out there? 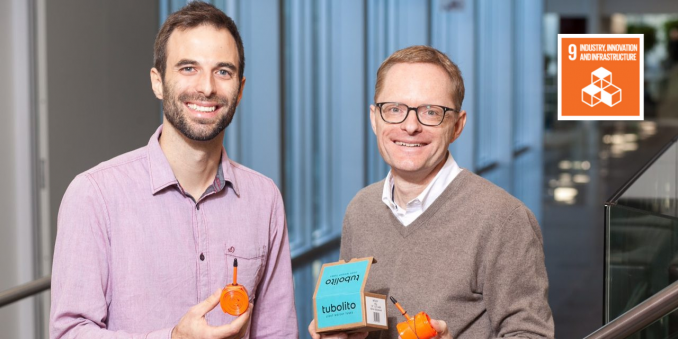 If only there was such a thing as a bicycle tire that never went flat. However, this is easier said than done. Bicycle tires have to endure quite a lot and at the same time need to be made of flexible and light material. The Tubolito inner tube ought to change this. The inventors combined the advantages of several materials and came up with groundbreaking inner tubes. What makes these tires so special? They are light as a feather, very strong and easy to carry.

The idea behind the Tubolito comes from an angle you wouldn’t necessarily expect. The founders were busy researching the most durable material for loudspeaker membranes. And then it turned out that a high-quality plastic called TPU was the best option. What the gentlemen had in common was their passion for mountain biking. The rest is history … 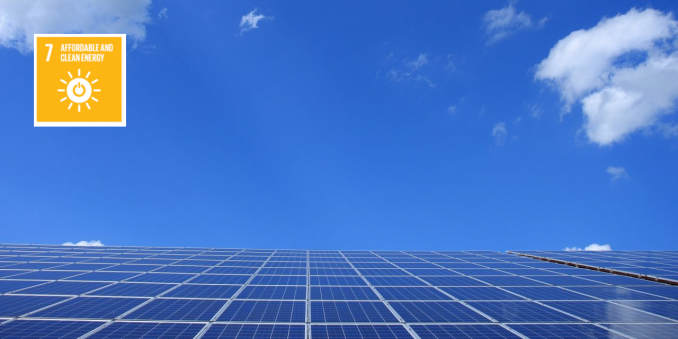 Solar panels have rapidly become part of the streetscape in recent years. Households generate their own green energy this way and this has many advantages. Yet there is always room for improvement: generating electricity is one thing, but distributing it as efficiently as possible is a completely different matter. Because the storage capacity of these mini power plants is limited, a lot of generated electricity is wasted. And because the need for power is not the same throughout the day, there will always be some wastage.

The German start-up Enyway wants to change this. They came up with a platform where private individuals can sell their power to others. Since last autumn, there has been a plant in Saxony-Anhalt that has made this possible. The advantage of this is easy to imagine. Much less power is needed from conventional energy suppliers – who seem to be watching this development somewhat warily. 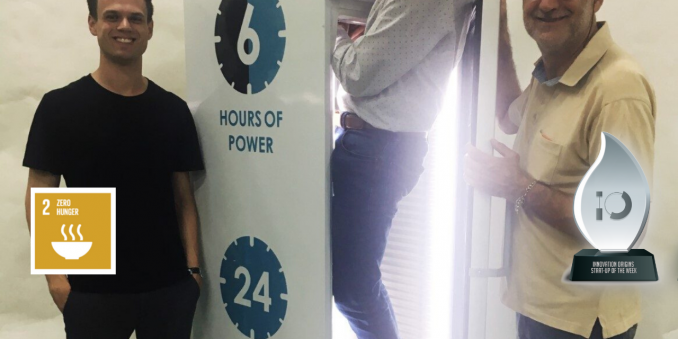 Coolfinity – Refrigerators that won’t let you down

Power failures are quite rare in the western world. Nevertheless, 24/7 power is not a given for everyone. The electricity grid in developing countries sometimes crashes in many countries. This has quite drastic consequences for products that need to be kept cool. A Dutch product designer, (who used to work for the Heineken Brewery in the past), came up with a smart solution for this. The brewery wanted everyone to be able to enjoy their cooled beers all around the world. Why? Because lukewarm lager doesn’t taste so great, of course.

The refrigeration system from the start-up Coolfinity doesn’t need power 24 hours a day to do its work. Six hours is more than enough for this innovative refrigerator to keep things cool. If the power fails, the contents will still be good for another couple of days. And this has quite a few advantages. This innovative fridge not only stores beers, but also perishable food and medicines at a temperature of 5 degrees. Which is desperately needed. Unreliable refrigeration in developing countries is currently causing as much as 20 % of all food to be spoiled. So there is plenty to be gained here.

Refrigerators have been an indispensable part of the modern Western household for decades. The technology enabled us to preserve food for a very long time. And it opened the door to a more varied diet which made us a lot healthier. It’s hard to imagine that in 2019 this still isn’t a certainty in the world. Yet for billions of people this is still the case. Does Coolfinity’s refrigeration bring the convenience of preservation from wealthy countries to the tropics? We’ll have to wait and see. At least they’ve already earned the title Start-up of the Week as encouragement!

foodObox connects end users to restaurants to reduce food…
AI smart food monitor is at your service
Share.eu donates a day of clean drinking water in needy…
InsectSense uses insect-inspired innovations to detect…
No chemicals in Food for Skin care products but vegetables…
Dutch start-up from Wageningen develops technique to extract…
Manage Cookie Consent
We use cookies to optimize our website and our service. Help us to make our site better by accepting all cookies.
Manage options Manage services Manage vendors Read more about these purposes
View preferences
{title} {title} {title}