From a safety point of view, the real issue is not the earthquake itself, but rather how buildings behave. Especially if they are not built according to anti-seismic criteria. Even if the earthquake is not too big, damage could occur or buildings might collapse. And the ground shakes quite a bit in Italy. There’s one earthquake every 30 minutes and more than 45 quakes per day, according to figures from the Italian National Seismic Network (RSN) of the National Institute of Geophysics and Volcanology (INGV).

ISAAC is committed to making existing buildings and infrastructures safe through state-of-the-art, non-intrusive and fast installation technology. A versatile device at a competitive price and accessible to everyone, according to 26-year-old engineer Alberto Bussini, founder and operational director of ISAAC s.r.l.

How does the device work?

It consists of an inertial mass which is moved by hydraulic mechanisms and which, in the event of an earthquake, dissipates the forces on the upper floor of a structure and counteracts any movement of a building. This reduces vibrations. Which minimizes the risk of damage and collapse, thereby ensuring the comfort and safety of its occupants. Imagine a weight moving over to the right on a building’s roof when the vibrations move the building to the left, and vice versa. As soon as the structure starts to shake because of tremors, the unit counteracts those movements. 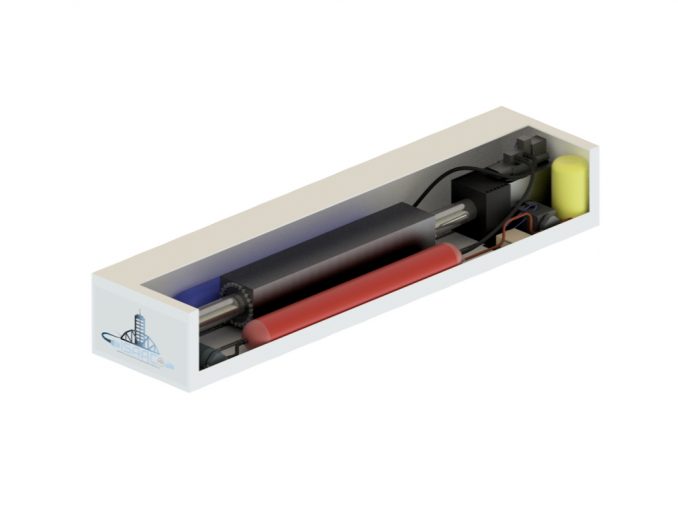 The ISAAC unit can be used on any type of building and for any structure. It works entirely autonomously, thanks to an integrated system of algorithms, machine learning, big data and data from sensors installed on the building. The system knows exactly how the structure is designed and what needs to be done in the event of an earthquake. It also monitors and analyses the stability of the building 24 hours a day, seven days a week.

It stemmed from a research project of mine, which lasted about three years at the Politecnico di Milano. That’s how we came up with this innovative technology. We developed it to scale and tested it on actual structures using highly complex computational models. Then we filed for the patent in Italy. 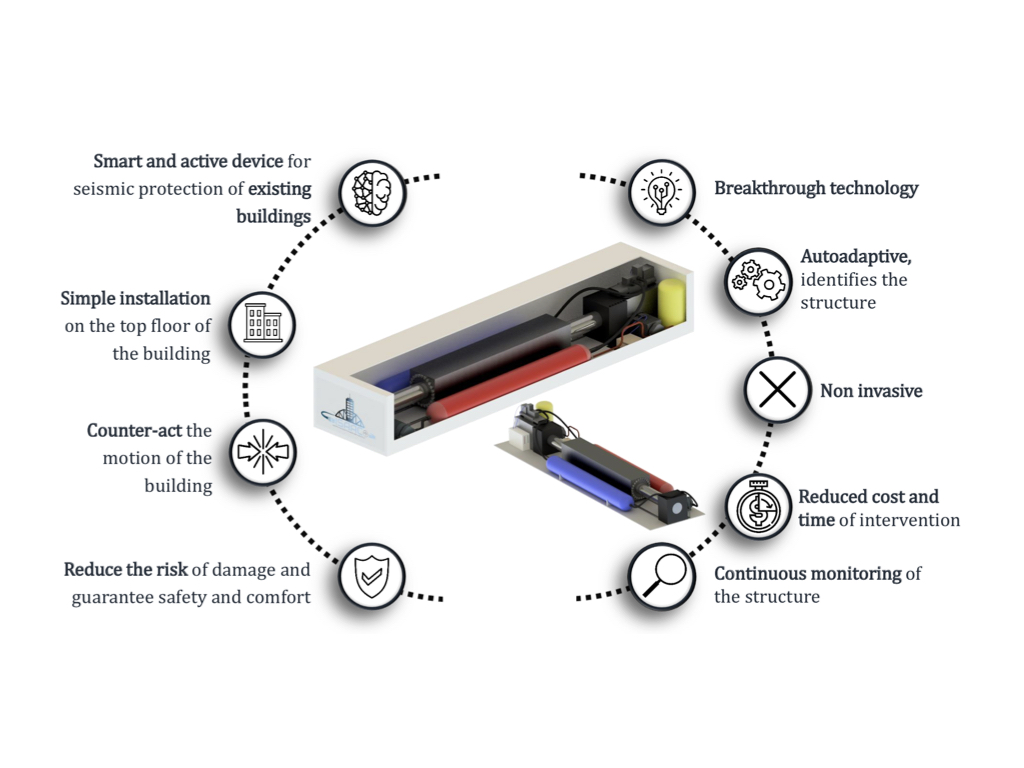 What were the main obstacles?

They came as soon as we looked each other in the eye and said: ‘OK, since we’ve got the technology and the patent, we’ve made it.’ That wasn’t the case at all. We had to find out how to market and industrialize the product. So, we entered the regional StartCu Lombardia competition in 2018. Then we drew up a business model that would make our technology sustainable, given the importance of that and its social impact. We won that award. It also gave us a lot of momentum. We received investment funding from one of Europe’s leading venture capital funds, Italofrancese 360 Capital Partners. This allowed the team to expand significantly.

Were there also any unforeseen problems?

Yes. Successfully communicating our product and our project. What is absent in this market is risk awareness. That only comes to the fore once something happens. In other words, when it’s too late. That’s why we need to raise awareness. Let me give you an example. In Italy, there is an earthquake premium for making buildings earthquake-proof. 85 % of the costs are covered by the state. It’s barely been used. That’s because people think it takes long and entails extensive reconstruction. Our product doesn’t call for any of that.

What are the following steps?

We want to expand our market, Italy is just the beginning and it’s a great start. We’re seeking contacts for a second pilot in Israel in order to be able to expand internationally. Our technology is likely to have global social impact. By November 2020 we want our device to be available via our suppliers.

You are about to carry out a unique test

That’s right. We want to construct a whole building on the largest vibration table in Europe and put our device on top of it. We will then simulate an actual earthquake in the Eucentre laboratory that we work with in Pavia. This kind of testing has never been done before in Europe. We’re very proud to be the first.

Earthquake early warning system could save lives in southern…
Croatia puts its efforts into making buildings more…
Fast internet, green energy and sustainable homes at the…
Renovating buildings is key to making Italy greener
Billions for a greener Italy, but will Draghi manage to…
Italians detect sinkholes thanks to integrated approach