The days when Spain looked at French, Italian or Asian cuisine with envy have long since passed. According to José Carlos Capel, the southern European country definitely ranks among “the five best countries in the world” when it comes to food and drink. Naturally, the culinary specialist was giving a homily at Fusión (the largest gastronomic congress in the world which he has presided over for years) last week in Madrid to his own congregation. “Some countries like France have reached a standstill. Other countries such as Japan and Germany are on the way up. And Spanish cuisine will also constantly have to renew itself,” Capel said.

In Capel’s opinion (he is renowned as a food critic for the El País newspaper) the success of Spanish cuisine comes down to two revolutions. First of all, he points to the astonishing way of how Basques conquered the gastronomical world in the 1970s. It was then that the grand innovation of Basque Nouvelle Cuisine began. Today’s star chefs in northern Spain still navigate between innovative and traditional touches in every dish. Such as a white garlic soup wherein white truffles make all the difference. 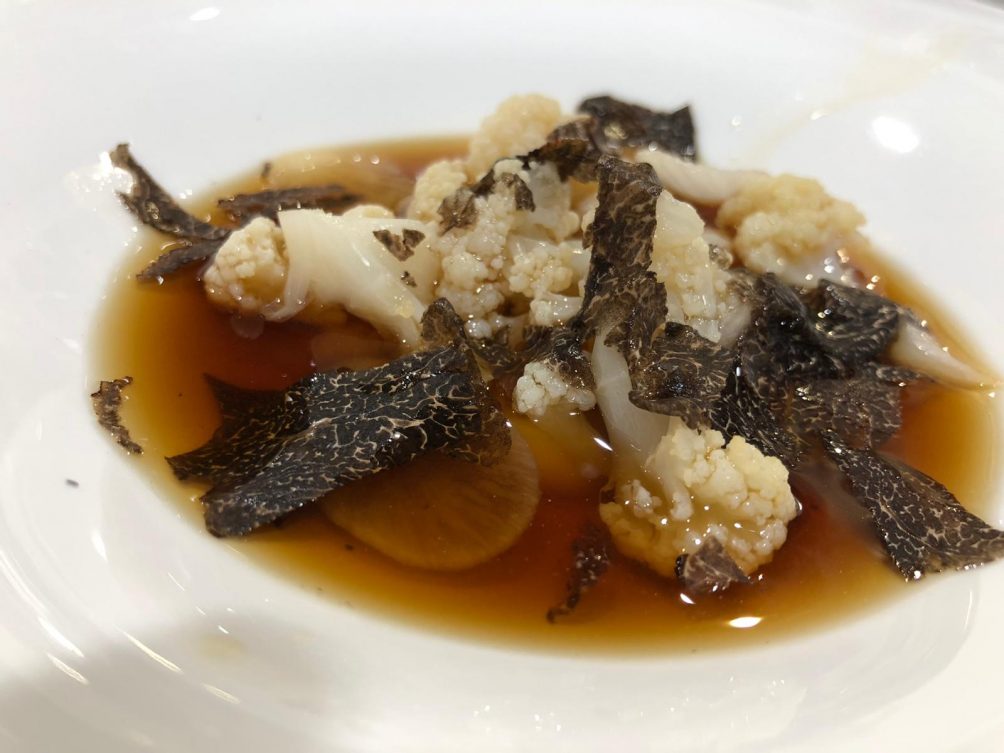 Food and drink have become a science in the Basque Country. In San Sebastián itself there is a veritable University of Gastronomy. This is where the best chefs in the world are being prepared for the future. Having five of the world’s top fifty restaurants means that it is difficult enough for Basques to stay on top. Even though master chefs of the region with its mountains and sea have managed to do just that so wondrously for decades.

Capel believes that the Basques also joined what he calls ‘the second revolution’. It was Catalan Ferran Adrià who raised gastronomy to even higher levels back in the mid-nineties. He did this with molecular cooking at his world famous restaurant El Bulli in Las Rosas on the Costa Brava. The perfect temperature was scientifically determined for each cut of meat so that it brought out the finest flavours. El Bulli was voted the best restaurant in the world four times. It was closed on 31 July 2011 and later reopened as a culinary research centre.

Whether we are now on the eve of a new revolution is open to question. During Fusión it became clear that the current generation of master chefs will be competing with artificial intelligence. Canadian François Chartier, who is considered one of the leading taste experts, presented in Madrid an application from Sony that allows chefs to combine the finest ingredients based on a database of more than one million recipes. And the app doesn’t just take location and temperature into account, but the culinary culture of a country too. “Because,” says Chartier, “an eggplant is eaten in Spain in a different way than it is in Israel.”

Dabiz Muñoz and Fernando Sáenz, two of the current generation of chefs, watched the revolutionary app in Madrid with slightly sour faces. No. As far as they are concerned, the competition will have to come up with something better than that in order to perfect the secret of self assured Spanish masters.