The library funding question is important nowadays. Albert Kivits brings up some numbers: “In Eindhoven, the library receives 16,07 euro per capita, in Den Haag – 48 euro, in Amsterdam – 32 euro, in Tilburg – 28 euro. The Eindhoven, the library is perceived in an old-fashioned way as fulfilling one function – storage of books, so the finances are planned accordingly, whereas the library provides a wide range of services, not limiting itself to books collecting. In a modern library, a book is an instrument, not a goal.” 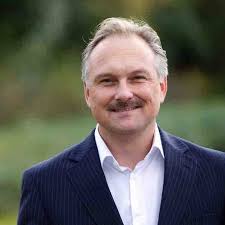 The Eindhoven library defines itself as a city’s living room and it is for a good reason: “Everyone is familiar with the idea of a library as a public place open to everyone. The Eindhoven library provides nice, cozy space with the free access to books, international magazines, and various activities. We also offer free coffee for the disadvantaged groups of people – the so-called “postponed coffee” (uitgestelde koffie).”

Kivits believes that the public library is a place where expats and local people can connect. “Internationals of Eindhoven can visit the workshops organized by the library and speak in Dutch with all kinds of people there. I believe that internationals should have that sort of stimulation to step out of the expat bubbles and to start a dialogue with the locals. English may be the main language in TU/e but a simple Eindhoven resident does not speak it well, so learning Dutch for an expat is important in order to integrate into the society.”

Internationals are encouraged to provide their input into the Eindhoven library activities: the library is planning a live travel book project in which international participants deliver presentations on the places of their origin sharing information on their native language and culture. Currently, the Eindhoven library is running an internationalization project, arranging the meetings with the focus group of expats in order gain a better insight into making the services of the public library more internationals-oriented. As the first result of internationalization sessions, the library has launched a pilot project for expats – EHVevryday.

Kivits says that the library’s goal for the near future is to move from the concept of a public library towards the concept of the House of Data, Information, Knowledge and Wisdom, the vision of which is currently being developed in collaboration with brand designers.