Last week we shared with you our last interview in the series Internationals in Eindhoven. After two years every week a story, it is now time for us to wrap it up. In January 2017 we started our search for stories from international residents of Eindhoven. All the interviews, except for a few when there was no other way, we did together. Diewke participated in the conversations and Sabine assisted during the photography. We always let the interviewee choose the location. We came to people’s homes, visited ASML, the TU/e, the Parktheater, numerous coffee places, had a huge Turkish breakfast, visited almost all the buildings of the High Tech Campus, we have seen almost all of Eindhoven.

In the beginning, we sometimes got the question of why the series was not called Expats in Eindhoven. There is a simple explanation for this: not everyone who comes here is an expat. We have consciously chosen to speak to as broad a group of people as possible. A lot of people are coming to Eindhoven for work, study, love, or with a refugee status or people who just came here on the off chance. That diversity of stories made it so nice to make this series. We also learned quickly that most internationals do not like to be called expats. As one of the interviewees said to us with an affable smile: “The name expat suggests that I just come here to earn money quickly and then leave again, but that is not the case. I am building a new life here.”

This series also meant that we broadened our own horizons. Thanks to all the stories and the comparisons with other countries, we found out that we are doing really well in the Netherlands. We knew that, of course, but we learned that there is already a huge difference compared to other European countries. The differences can be found in how we work here and how we interact with each other at work, the opportunities to grow in your work, many days off, high-quality education at different levels and a lot of support for good initiatives. One of the interviewees told us that we take good care of ourselves in the Netherlands when it comes to the balance between work and leisure. The value of an EU passport became apparent from the stories of internationals from non-EU countries. An interviewee pointed out that having a Dutch passport makes life easier. We took the freedom to travel and all other benefits for granted, but we are looking at it differently now. 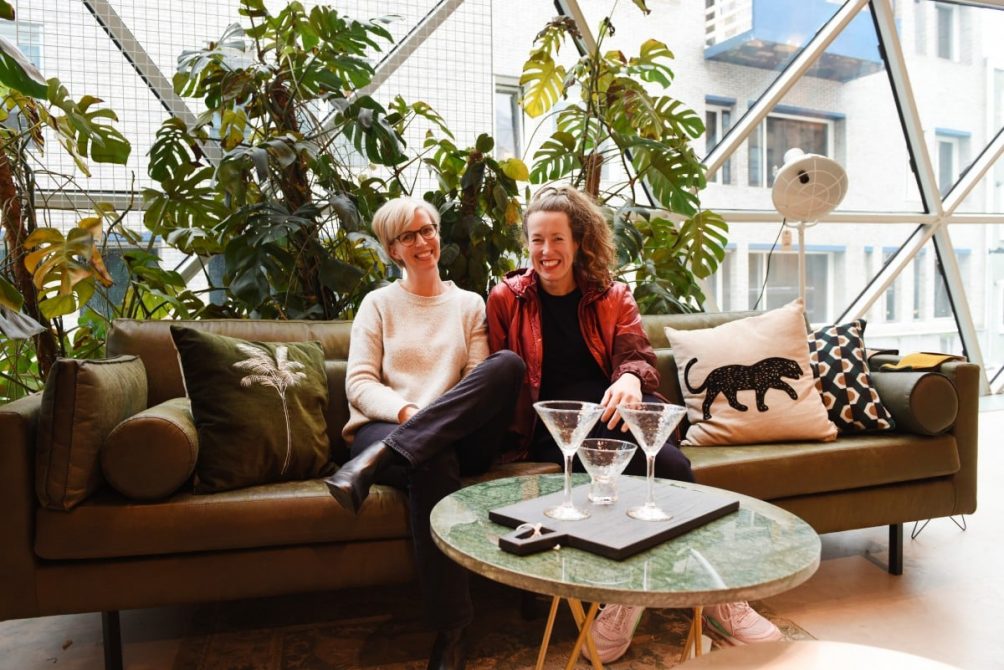 When we asked the internationals about their interactions with the Dutch, it often became clear that the Dutch are open and friendly, but making new friends is often difficult. We found a confrontational statement that, as an international, you really were a step further with a Dutchman once you were invited to a birthday party. But we also noticed it in ourselves. Our courtesies also changed over time. Where many meetings with internationals started with a handshake as a greeting, we regularly said goodbye with a hug. We are happy and proud that we have kept in touch with many internationals and that some of them have become good friends of ours.

We also appreciate our Dutch directness more. Some Internationals somewhat feared the direct manners of the Dutch in advance, but often got used to it very quickly. Most of them thought it was refreshing that we did not beat around the bush about stuff and regularly took over the directness in their own daily lives. One of the internationals told us that her family said she became very forward to them, but she liked it to be more clear about things. We have asked almost all interviewees what they would advise newcomers here. A frequently heard advise was that new residents of Eindhoven really have to go out of the house and build a social life, but that this applies to all places where you are a newcomer. In the interviews, appreciation was expressed about the fact that tools were provided in Eindhoven to make it easier for a newcomer, such as events at The Hub, the Expat Center, networking events and Facebook groups with like-minded people.

With this series, we have tried to give an insight into the lives of the Eindhoven internationals with all the positive and negative things they encounter. The wishes of every international are the same as those of the average Dutchman: a house where you come home, a social life, a nice job and having fun in your spare time.

Editorial postscript: a big word of thanks to Diewke and Sabine for the impressive series they have put together. The more than one hundred interviews gave us the insight we need to better understand each other – wherever we come from. In addition, we learned a lot about Eindhoven and its inhabitants, thanks to the honest remarks of all those people from distant places. They were mostly positive, so that’s good, but we also heard some serious tips for improvement. We take these to heart. As editors, we are puzzling on a worthy sequel to this series; a new series that also fits in with the evolving character of this website. More about that soon, but for now: a big THANK YOU to Sabine and Diewke!