In a weekly column, alternately written by Lucien Engelen, Maarten Steinbuch, Carlo van de Weijer, and Tessie Hartjes, E52 tries to find out what the future will look like. All contributors are working on technologies that can provide solutions to the problems of our time. This Sunday, it‘s Maarten Steinbuch’s turn.

“This is what you see with exponential growth: in the beginning, you don’t think it’s important, but if the growth continues it goes very fast.”, 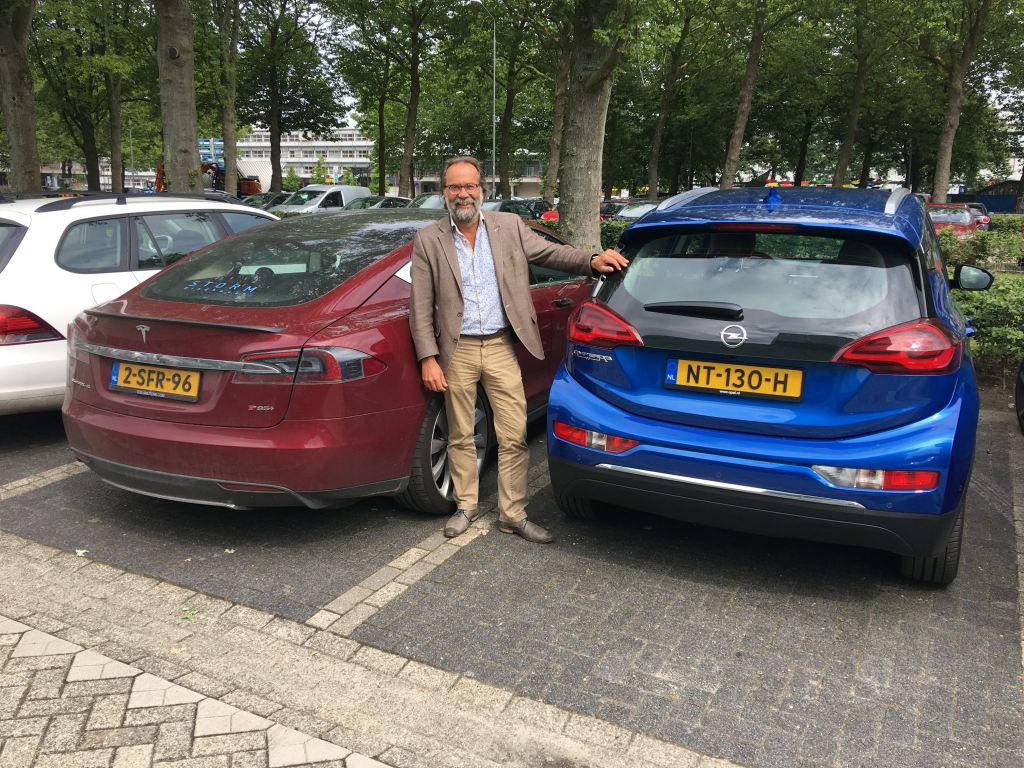 This weekend is the final day of the world RoboCup in Japan. It is special that our TechUnited team of the TU Eindhoven has been in the finals of the MidSize 10 times in a row. I sincerely hope that we became world champion again. We’re also doing well in the competitions for care robots with our Amigo and Sergio and our @Home team. What do we learn from a football game with robots? How do we further apply the knowledge?

Except for the important application in the care sector, we also apply our robot football technology in car technology: because what is the difference between a self-driving car and a football robot? Exactly, the ball ☺. This brings me to the second important event of this weekend: the ‘birth’ of the Tesla Model 3.

Last Saturday morning, our time, the first 30 ‘affordable’ models of Tesla were delivered to customers in the USA. The Model 3 is a middle-class car (with US tax benefits, the basic version costs only $ 25,000), that isn’t only fully electrical, with a range of approximately 350 km, but also has all the sensors which, after the necessary software updates, enable to drive completely autonomously. The fact that the car is very popular is evident from over 400,000 pre-registrations, like it’s a new iPhone!

We can safely say that the brand Tesla is a game changer: by starting with an expensive model in 2012 (Model S and later on Model X), electrical driving has taken a whole new turn. Tesla was also smart enough to roll out a fast charging network: The Tesla Superchargers. You can drive in Europe, from Norway to Spain, and from Ireland to Poland: there’s a fast charger about every 200 km that gives the car enough range in about 30 minutes. This fast charging network is one of the assets that make me think that the Model 3 will turn out to be very popular, until the other brands have also realized such a system. By the way, I made a test drive in an Opel Ampera-e last week. Really a cool car, with a great range of over 400 km! The price is €42,000. It drives very comfortably, and the displays look very nice. Unfortunately, delivery time has increased quite a bit.

The fact that electrical driving made a break-through is slowly becoming clear now: after Norway (2025) and France (2040), England has now also indicated to prohibit (2040) selling cars with a gasoline or diesel engine. Moreover, almost weekly it is announced that a car brand decides to expand with electric models. China is also expanding, and wants to reach large numbers quickly.

The growth curves of electric driving resemble a typical exponential growth: sales figures are doubling annually, but are still very low in absolute numbers. This is what you see with exponential growth: in the beginning, you don’t think it’s important, but if the growth continues it goes very fast. I think that well before 2040 the moment where everyone wants to buy electric has long been reached.

After having driven 150,000 km electrically during the past four years, I can only say: if the range is enough, and you can (fast-)charge everywhere, you never want to go back to an old-fashioned combustion engine!