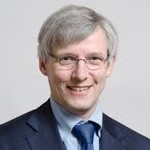 Friday afternoon, January 8, 2021. A substation in the power grid in the Balkans breaks down. Almost immediately, the problem scales up to European dimensions. A blackout is prevented thanks to the quick intervention of European grid operators. Industries in France and Italy are switched off. It could have all ended very differently. An investigation produced no less than 20 recommendations for improving the situation. But on Saturday, July 24, it was an absolute disaster. In Spain, more than 600,000 households were left without power because an airplane flew into a high-voltage cable in France. According to experts, it was a stroke of luck that it happened over the weekend. The lesson: Failures in one country can have major consequences in others.

European cooperation is what makes our energy system more reliable. However, that adage only applies if nothing else changes. In practice, countries subsequently tend to rely on expensive back-up facilities. This is not necessary if other countries come to the rescue. In time, this leads to an energy system that may have the same reliability as before, but which is internationally interconnected. The Netherlands is no exception.

In its report on supply security, TenneT concludes that the Dutch system will not meet the set supply security after 2025. Yet there is no cause for concern as other countries will help out in case of an emergency. However, it does recommend “closely monitoring developments in other countries.”

Would this actually happen? Who would be expected to pitch in? Who would take action if, for example, Belgium wants to shut down its nuclear power plants without enough substitute gas power plants being built? Does the Netherlands have any remit? Similarly, the developments in the Netherlands surrounding the Groningen gas field and associated gas storage sites are being watched with apprehension by the countries surrounding us. The same applies to the German decision-making process where Nord Stream 2 is concerned, which could have far-reaching consequences for the region.

Before there was a single European energy market, countries arranged their supply security separately. If necessary, this could be done through long-term agreements with neighboring countries. In the case of electricity, this was sporadic. While in the case of natural gas, it was the norm. Cooperation was already in place then as well. But those agreements are a thing of the past. There are now market forces and energy streams are determined by short-term developments of supply and demand.

In the northwest European gas market, it was always agile Groningen (in the north of The Netherlands) that was the anchor point. Now it is a trading hub: Namely The TTF. With one big difference, because the TTF does not produce natural gas itself. It only trades in natural gas that is already available. Groningen’s former gas reserves have been replaced by extra imports and gas storage depots which the TTF facilitates. But then we do actually need to have access to gas. If LNG ships sail to Asia, the United Kingdom needs its own gas and the storage facilities are empty, you can trade on the TTF until the cows come home, but it won’t help.

Mutual interdependency is on the increase

The importance of natural gas in northwestern Europe is growing. EU analyses of the FitFor55 package show that the market share of natural gas in the EU will be sustained until 2030 and gas consumption is slowly decreasing, along with declining energy usage. But coal and nuclear power plants are shutting down, making the availability of natural gas essential as a “fuel of last resort.” In the process, electricity and gas are also becoming increasingly intertwined. We see this development happening elsewhere as well. In Texas, the electricity system failed due to a lack of gas. A chain reaction soon followed, as various parts of the gas system that were still functioning also failed to get any electricity and subsequently shut down.

The collective energy interdependency of European countries is increasing even more. Which makes it fairly strange that energy policy is largely a national affair. Needless to say, analyses of the reliability of the energy system are carried out regularly in Brussels. These conclude that the system is in order. But what scenarios are they basing this on? And which political decisions? Was the recent Dutch decision to limit coal use to 25% factored in? What about Belgium, which is threatening to close its nuclear power plants without any adequate replacements? And the new German government, which is likely to accelerate the Kohleausstieg, i.e. the fossil-fuel phase-out. And how about the discussion in the Netherlands concerning the permanent closure of the Groningen system as an emergency reserve for the northwest European gas market?

Economic theory teaches us that in a free market, supply security is automatically guaranteed. Well, almost always that is, see Texas, among others. The question is whether this economic theory still holds true given the many politically driven decisions. Of course, asking that question effectively answers it. Meanwhile, our society is becoming increasingly dependent on an undisrupted energy supply. While scarcity not only leads to risks to supply security, but also to a sharp increase in energy prices. This is something that we are also seeing right now.

International connectivity and national independence do not go hand in hand. There are two possible solutions, neither of which is particularly popular. A fairly bitter pill to swallow, in other words. The first option is a Brussels test, with the right of veto, on (political) decisions that potentially lead to a reduction in the security of supply in the European energy market. Compare it to the state aid test. The second option is that we agree in Europe that each country will in future be responsible for its own supply security, for example by establishing strategic reserves. We are familiar with that from the oil market. The same could be done for gas or electricity.

By contrast, continuing on the current path will almost certainly lead to accidents. The question then is not if there will be a European blackout (electricity and/or gas) over the coming years, but when. I would prefer to prevent that from happening. High time we realized that European cooperation necessitates European commitment.

This article was originally published on the Energiepodium.nl website

Hydrogen: Working on the backbone of a hydrogen network
Smarter green power production to absorb peaks and troughs
TU Delft set to future-proof electricity grid
Greenhouse horticulture without gas? In search of even more…
Everything will be better in 2022 … right?
Sexist behaviour of students exposes the core problems of…