A nice mix of innovative ideas last night at the presentation of the Brains Awards 2016. The main prize was for Tamara Orjola of the Design Academy for her idea to use pine needles as a raw material for industry. Other prizes went to ideas involving laptop cameras, a biosensor for kidney failure, beverage trays for festivals, emergency lighting and knee brace exercises. 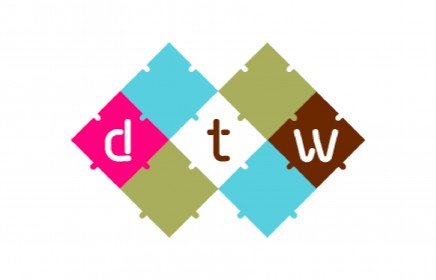 With her Forest/Pine wool concept Tamara Orjola has fully complied with the conditions according to the jury. Marije Rhebergen, juror and Sustainability Manager at DLL explains the background of the decision: “Given the growing world population and the associated consumption, raw material reserves today are under enormous pressure; so it is a necessity to develop regenerative economic models. The Forest / Pine wool idea rests on circular thinking where pine needles, although of course technically waste, get a second life in many applications. A great example of economy and sustainability going hand in hand.”

Tamara Orjola, who won 5000 euros with her idea, is enthusiastic: “In order to develop the idea further, it requires investments and companies who want to develop along with me. This award helps enormously.”

The festive presentation of the Brains Award took place on Wednesday, as part of the Dutch Technology Week. All 20 nominated students presented their ideas to a jury and the public.

In addition to the Audience Award, there were five other awards. The Livability Award of the City of Eindhoven, the DLL Sustainability Award, and three innovation awards in education (MBO, HBO, WO), each with a value of 3,000 euros. In addition, the overall best idea received a bonus of 2,000 euros.

The winners and their ideas:

FOREST / PINE WOOL is a research project to find a new use for the 420 million kilograms of pine needles falling annually from 600 million conifers in Europe. Tamara Orjola, DAE.

CREATINE BIOSENSOR is a sensor developed by TU Eindhoven Sensus Team (T.E.S.T.). This simple handheld device determines the amount of creatine in a drop of blood and is a fast, inexpensive and reliable detection to determine the status of kidney patients. Lioba Heidendael, TU/e.

FESTITRAY is a beverage tray with a lid, for use in areas where it is very busy, like at festivals. Rick Lewis, Fontys.

SMART EMERGENCY LIGHTING is a system that is linked to the location feature on the smartphone. It points the user directly to the fire exit in emergency situations. Willem Hendriks, Fontys.

JIMFIT is a smart knee brace with motion sensors that measure whether your practice of the physiotherapist is performed correctly. A smartphone app analyzes the movements, providing immediate feedback and is linked to the physiotherapist’s website. Cas van Grunsven, TU/e.

REFLECTION is a product that can be attached to the top of your laptop and allows you an easily recordable image in front of the laptop. Rafi Sediqi, Sint Lucas.