Shipping is not the cleanest form of transportation. Fortunately, more and more maritime batteries are emerging, thus enabling the sector to become electrified. You see them mainly on ‘work boats’, i.e.: tugboats and crane barges. But more and more canal boats and passenger ferries used in public transport have also been fitted with electric propulsion. Meanwhile, a great deal of electrification is already being actualized in inland and maritime shipping. Most of these commercial vessels rely on hybrid systems, whereby the batteries work on hydrogen in combination with a diesel generator or even a fuel cell. This is making a significant contribution to the reduction of CO2.

The very first vessel that ever sailed electrically was the submarine. That was also the only vessel that benefited from the weight of batteries. The batteries provided power as well as the ballast needed to be able to dive.

“The problem with the maritime sector and, to a lesser extent, inland shipping, is attributable to the long distances, which means you have to carry so many batteries on board that you are left with far less room for cargo,” says Jelle Meindertsma, Sales Manager at EST-Floattech. This company in the Dutch town of Badhoevedorp is working on the design, assembly and certification of maritime battery systems. That also entails a battery management system, the metal casing of the batteries and the installation of power and data cables.

The basis – the lithium cells – are sourced from a supplier in South Korea. The lithium cells are housed in modules that can be installed in ships as complete systems. A battery system is made up of several modules equipped with a battery management system. In the photo accompanying this story, for example, you can see 52 modules. If you were to open up one module, you would then see that it is made up of 14 lithium cells. 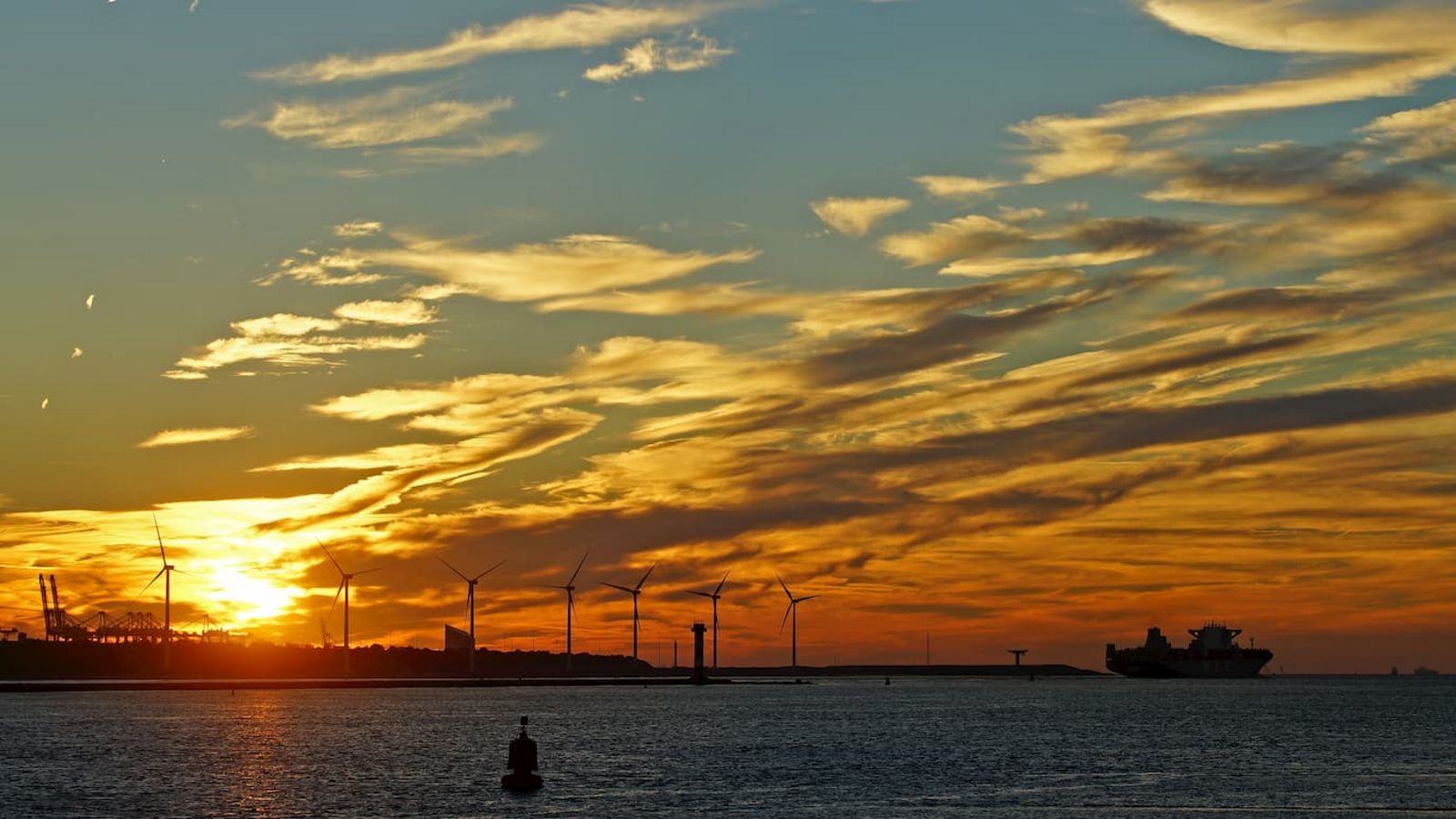 EST-Floattech launched ten years ago as a start-up with a team of three and now employs 40 people, in addition to having five vacancies open. ”Right now, we mostly supply small and medium-sized commercial vessels.”

IIn the beginning, the company mainly supplied large yachts. Meindertsma describes stepping into the battery room on such a ship as being quite an impressive experience. “You walk between the cabinets and all you can hear is a hum. It’really quite different from stepping into an average engine room. There’s a lot of noise and stench in those. Comfort is really important on a yacht. As someone on board, you want to have peace and quiet around you. A generator droning away on diesel in Monaco harbor is not what you want then. Especially if there is still a lot of diesel fumes. In such cases, electrification is very appealing,” Meindertsma explains. “It was actually the first sector in shipping where lithium battery technology was adopted.”

Ferries then followed this trend in the ports of northwestern Europe (Oslo, Stockholm, Gothenburg, Hamburg and Kiel). Electric water taxis already run in the Dutch city of Rotterdam. Before long, water buses there will also be electric. The ferries on the IJ in Amsterdam are also equipped with batteries. Recharging the batteries is done with a diesel generator (hybrid) or a power plug. In fully electric ferry services on shorter routes, you will see that recharging takes place during breaks. A tour boat often has enough capacity for an entire day’s sailing and charging is done at night. 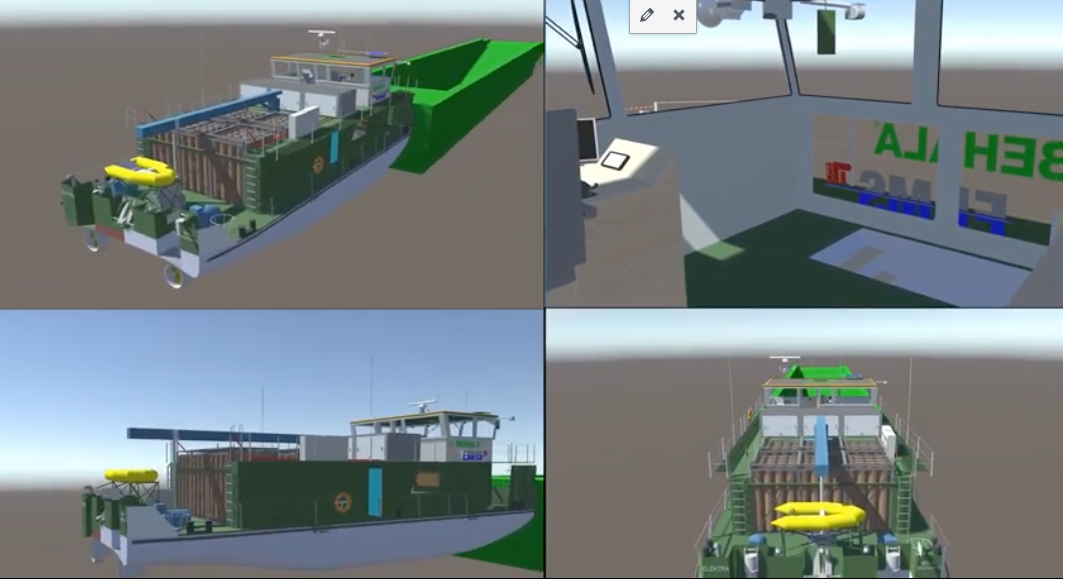 Electric and hybrid shipping is being encouraged by ports through the levying of lower port charges, for one thing. This is already being done in Rotterdam. Meindertsma: ,,In the near future, ports will start saying: ‘You won’t be allowed in without an energy label.’ That trend has already started in the cruise market.”

As fast as things are moving in the aforementioned sectors, things are moving just as slowly in inland shipping and especially maritime shipping. This has everything to do with the volume and weight of batteries, and the enormous distances these ships cover. A container ship from Shanghai to Glasgow travels a long time before docking anywhere.

“If you want to keep running such a vessel on electric power, you need a huge amount of space for the batteries. If you were to do that, you would need so much space on the vessel that you couldn’t take anything else with you,” says Syb ten Cate Hoedemaker, director of the Norwegian Maritime Battery Forum platform, which has 60 members (shipyards, ship owners and battery suppliers).

Nevertheless, six hundred ocean-going vessels worldwide are already sailing electrically or hybrid at present. That is about 0.5 percent of the entire global fleet. Some of these ships are equipped with batteries from EST-Floattech. To overcome the problem of the enormous weight of batteries, it is mainly smaller ships that qualify for electrification. These do not sail a complete voyage in one go, but make stopovers in various ports to load and unload goods. Batteries can then also be recharged at those times.

According to Meindertsma, fully electric propulsion is especially suitable for boats that always sail short-haul distances and operate locally or on fixed routes, such as tour boats, cruise ships or work boats in a port. Inland waterway vessels or container ships that travel longer distances are much less suitable for electric propulsion, but may well benefit from a battery system in a hybrid setup.

For example, EST-Floattech recently supplied a battery system for a coastal ship. “This ship sails on a very specific fixed route where it is not allowed to emit anything in a certain area, Meindertsma explains. “Once there, it then switches to electric. That port can then be entered with electric propulsion. Because it is a fixed port, a charging facility has also been constructed for the ship. This is important, otherwise you will be charging the batteries with a diesel generator and shift those emissions out to sea.” 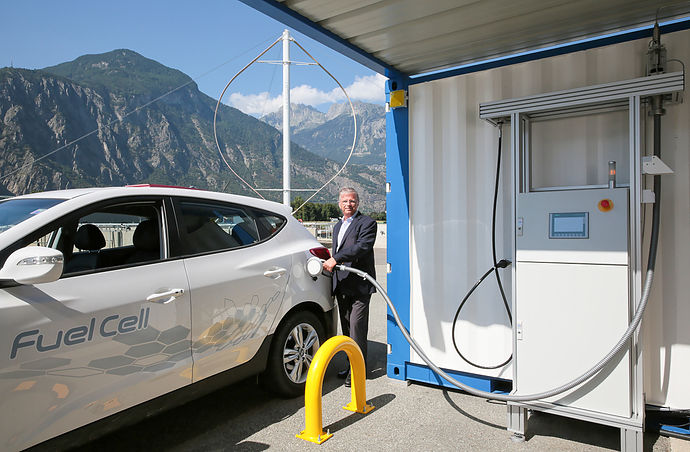 Breakthrough in redox flow battery development kills two birds with one stone – Innovation Origins
One of the great challenges facing the sustainable society is energy storage. We may one day have sufficient capacity from solar and wind energy, but … Continued

What is partly holding back the shipping sector in the transition from fossil fuels to electric propulsion is the issue of safety. Shipping companies shudder at the thought of batteries starting to smolder, smoke or – worse – burn in the middle of the ocean. You can dump an electric car that catches fire on the emergency lane, but just try to rescue a burning ship.

Syb ten Cate Hoedemaker of the Maritime Battery Forum is keen to dispel any fears of burning batteries on ships. “I do understand the horror of a fire out on the open sea. But the chances of this happening are really extremely slim,” he says. “The fire would be limited to 1 cell. That burns out in a controlled manner if need be. A maritime battery has to comply with strict requirements, otherwise it is not allowed to be used on a ship. Part of that certification involves fire safety. The cells must be isolated from each other in such a way that a chain reaction can never occur.”

A marine battery system weighs about 10 kilograms per kWh and will last about 10 years. Fireproof systems require the use of extra equipment, which costs weight, space and money. Battery management software ensures that the battery operates within safe parameters and does not overheat. If things do unexpectedly go wrong, then the hardware kicks in and shuts down the system like a fuse box. The requirements for lithium batteries on land are less stringent.

The majority of ships are not suitable for running solely on batteries. The energy density is not high enough for this. On the other hand, every type of boat can benefit from using a battery in a hybrid propulsion system. At the moment, this is mainly done in combination with diesel generators, but this is set to shift in the future to systems using alternative fuels such as hydrogen, ammonia or methanol.

“At the moment, battery development is leveling off a bit,” Meindertsma says. “We seem to have reached the upper limit of the capabilities of lithium battery technology. A new super battery basically needs to be invented.”

Safely into the lock with SCIPPER: Electronic parking aid…
After inland vessels, seagoing ships are now plugged into…
Batteries all around: let's take a good look at the state of…
Keeping batteries cool under the most extreme conditions, at…
Dutch province of Twente helps advance battery technology
Dutch industry joins forces in new battery competence center