Hidden in a back room of the Admirant at the Emmasingel in Eindhoven, they have the world at their feet. They are Withlocals and offer tourists anywhere on earth the opportunity to get to know a city with the help of local people. The locals (or hosts) offer services like drinks and dinner or a city tour without having to deal with travel agencies or other commercial organizations.

The idea started with founder Marijn Maas, who during one of his holidays in Asia found out that he felt most connected to his destination over dinner with a local. That brought him the idea to build a platform on which tourists and locals could interact, resulting in real-life encounters between the two. As the founder of the Greenhouse Group, Maas quickly decided this would be a good investment for the group – and Withlocals could start.

But why Eindhoven? “The atmoshere of Eindhoven, the combination of high tech nerds and many other creative people, is very strong. Moreover, costs are low.” CEO Dick Koopman refers to the Admirant as a convenient location, because the Greenhouse Group is located here as well.

The platform now has “tens of thousands of people who use the locals,” said Koopman, who not long ago was just a trainee here. “From trainee to CEO, this is how it’s done,” he jokes.

On the internet, it’s all about trust

Withlocals wants to have control over the quality of the services, which is not easy if you are offering your products it all around the world. Therefore they don’t allow just anybody to be part of the organization. “We get requests from people all over the world to be host. But on the internet it is all about trust”, says Koopman. “We meet all the hosts in person before they can take part.” That’s why Koopman uses ambassadors who check everything and everybody on behalf of Withlocals. “And we have a guy from Lithuania at our office who takes pictures of all the hosts and posts them on their website.” 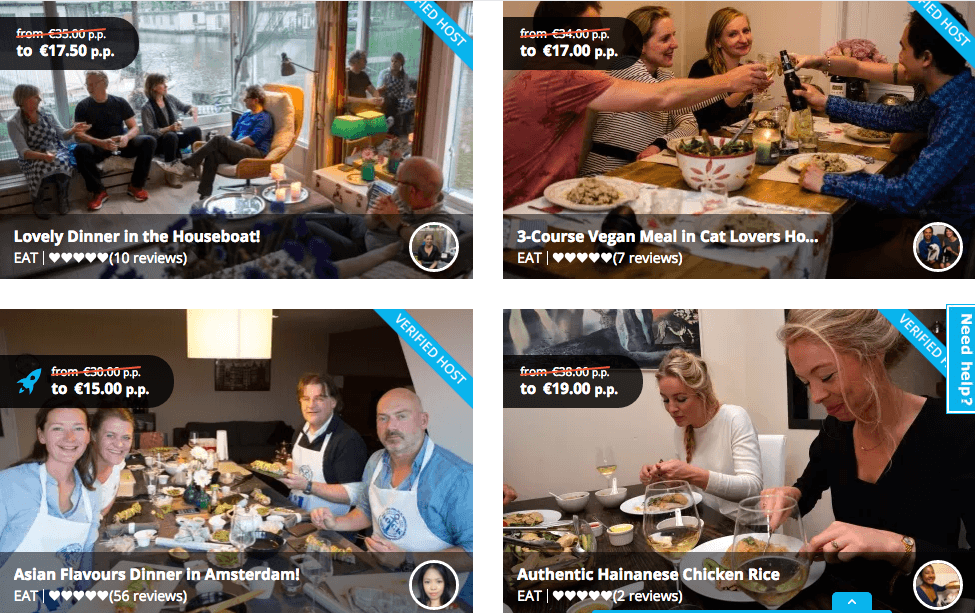 But it does not stop there. “We help all our hosts, step by step.” They keep checking the rates for example, and offer help with the presentation of their services.

Withlocals is not yet available everywhere. But Dick Koopman is certain that, “in the coming years, Withlocals will be present from Asia to North America”. ​​In the age of the internet, this may sound all but exciting, but Withlocals is not just an internet enterprise: Koopman’s business needs a physical network everywhere it operates.

Withlocals began in Asia but is expanding rapidly. Currently Koopman focuses on a number of European countries, which doesn’t say that he is forgetting about Asia, where there is still work to be done. In the Netherlands there are currently 72 different ‘experiences’, in particular in Eindhoven and Amsterdam.

The hospitality is unparalleled

The CEO himself uses the network as well. “I normally eat with friends, wherever I go. So the first time it felt a little weird to do this with a complete stranger. But the hospitality I met is unparalleled. All our hosts just love to meet strangers. That’s what it’s all about at Withlocals.”