This article about how Eindhoven uses heritage to shape its future, was republished with permission from thersa.org, the website of RSA (Royal Society for the encouragement of Arts, Manufactures and Commerce). RSA’s mission is to enrich society through ideas and action.

Situated in the South of The Netherlands, the city of Eindhoven, with a population of 220,000 has an internationally important industrial heritage. This heritage provides the basis for strong economic prospects, built around a unique brand as ‘The City of Light’. 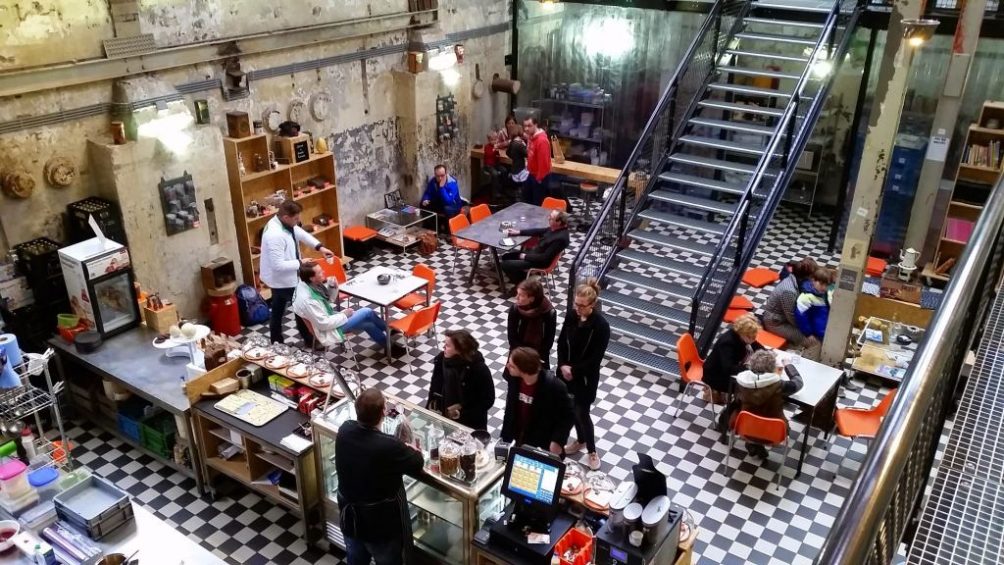 Much of the success of the city can be placed in the hands of a father and his sons who opened a small glass factory there 1891. In 1895, Frederik and his two sons together formed the family company Philips, focused on the manufacture of incandescent bulbs. By the end of the 19th Century the firm employed over 1000 people and was one of the largest industrial employers in the country.

By 1935 major planning for the region sought to accommodate the needs of the growing Philips factories. It was the expectation, at the time, that the development of Philips would continue to grow at an expected rate; the accompanying strategy sought to move local residents to the outskirts of the town to suburban areas. Unfortunately, the factories and city took heavy damage in two significant raids during WWII and subsequent reconstruction appears to have given little focus to the heritage that remained [1] – despite being hailed by some as a ‘breakthrough in modernism in urban planning’. 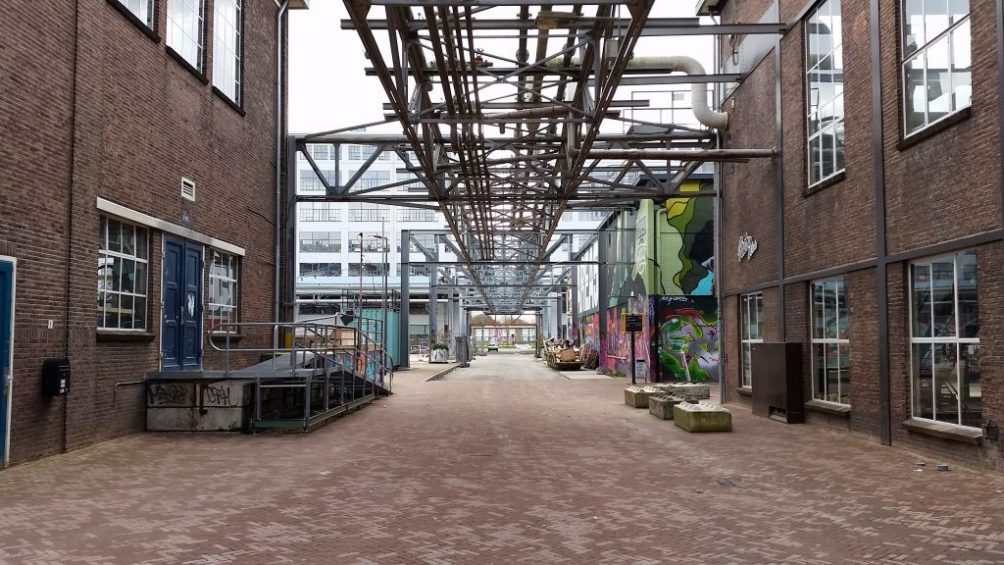 In 2014 Philips’ international operations were posting sales of over 6.5 billion and whilst success for Philips brought success to Eindhoven, the road was not as straight forward as it may seem. In the 1980s Philips decided to move many of its manufacturing processes to cheaper sites in Poland and China, leaving the city with many disused buildings, a plunging economy and pitching the city into social decline. But whilst de-industrialisation was painful for the cities governance, universities and local businesses pulled together to manage the change. This so called ‘Triple Helix’ of collaboration is an established method of driving growth and regeneration through the development of a locally driven, knowledge based economy. 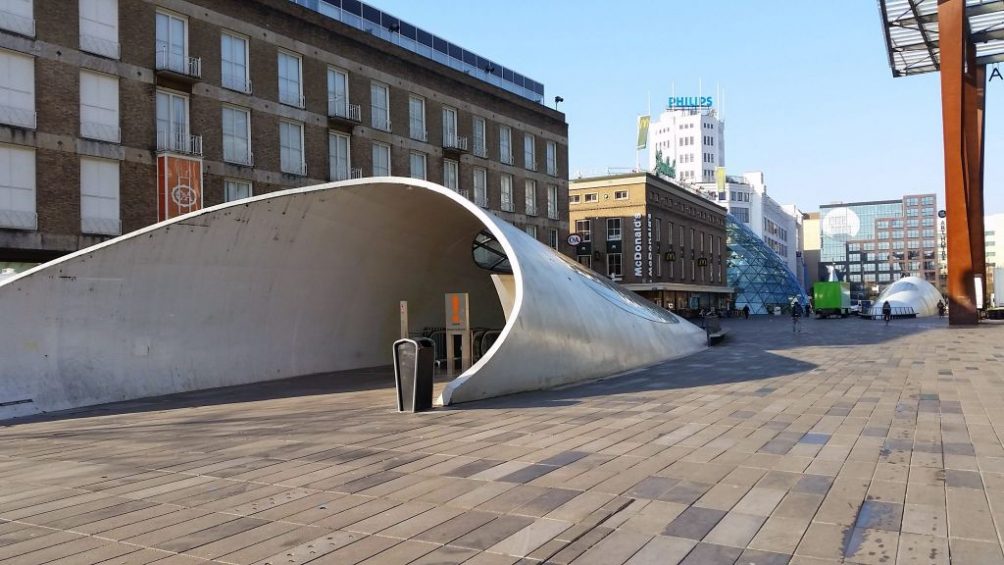 Much like other uses of ‘Triple Helix’, this one focused on organisational collaboration typified by the turn post 1960 and 70 as western cities moved from industry to service, or knowledge sector. Indeed, it has been argued elsewhere that it is the very industrial heritage that affords such places a strong sense of place, and pride in the importance of their region, that facilitates further growth and development into a new area [2].

Such a sense of pride cannot only drive initiatives for regeneration, but can inspire reactions against such developments. It is here that the three part initiative manages to drive value through an industrial scale. Further, such connected plans can facilitate more circular economic models – ones that build on new forms of industry and economic growth, whilst also regenerating historic areas and developing the city as a place. Eindhoven built on its heritage of an innovative industrial town, famous for both technology and design, and used this to develop a new identity and a new economy. 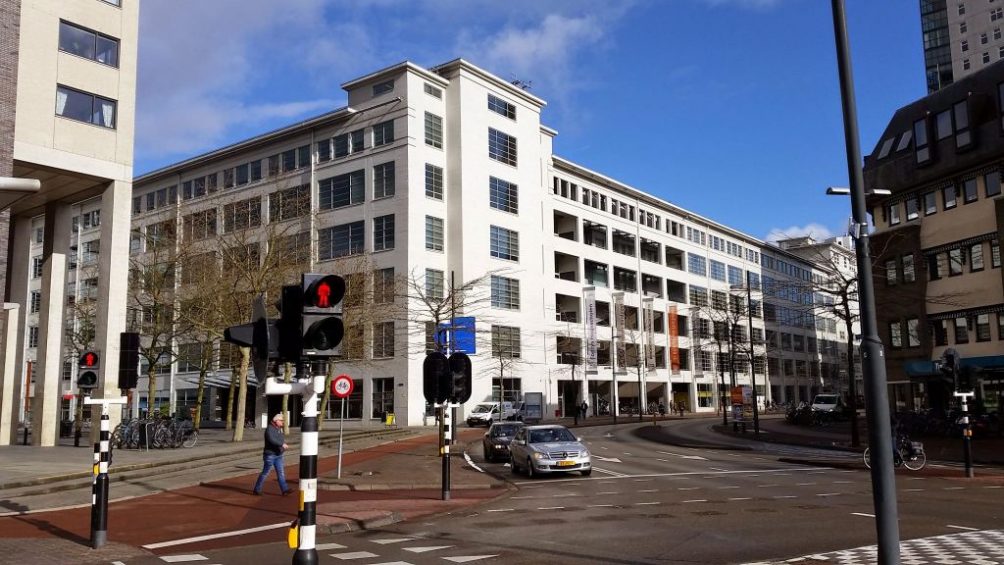 Between 1946 and the mid-eighties, three major universities were opened up or created in the area – The Design Academy, the University of Technology and the Fontys University of Applied Sciences; together these organisations served over 24,000 students by 2000. Such a concentration of knowledge-based operations were coupled with local businesses, not least of all Philips, who then invested in research grants, buildings and technology parks around the area. The development of such knowledge based operations worked as an ecosystem of education, research, innovation, design and business. Importantly, suchvalue chains were able to remain local, while products, services and designs were exported across the world. Philips, despite moving manufacturing elsewhere, maintains the head office of its design arm in the area.

Today this modernist heritage is key to the development of the area as a technology and design cluster, brought under one iconic brand – Brainport. 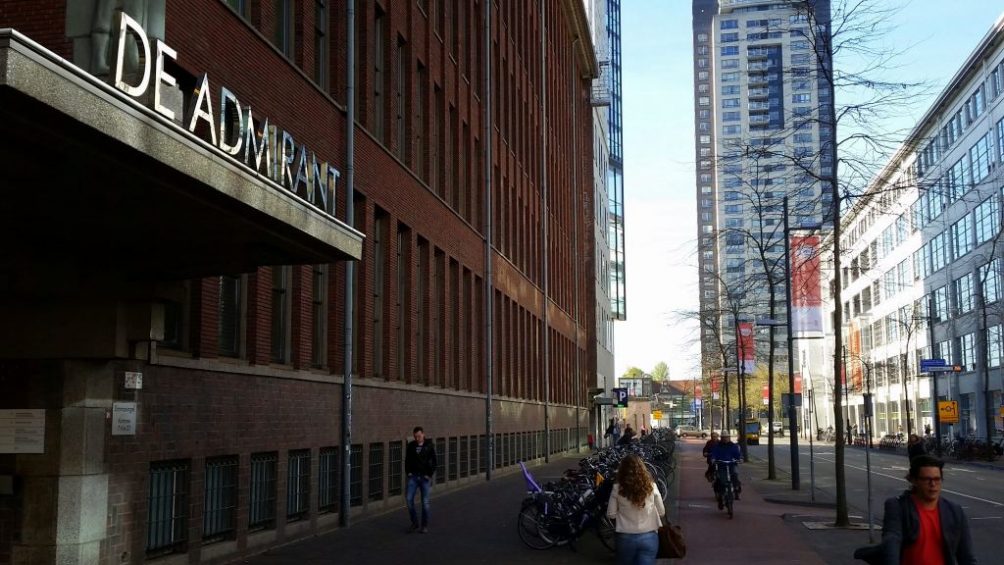 Brainport is a city sized technology cluster driven by international organisations focused on knowledge-based industry.  Accounting for over a third of all Dutch private R&D expenditure, Brainport is in the top three places for patent density. Importantly, the success of Brainport comes from this Triple Helix collaboration of local universities, private industry and government. Such collaboration requires close relationships and trust that is greatly facilitated by proximity. More recently the Silicon Valley based University, Singularity (SU), established the first campus outside of the US and in 2011 was awarded the “Intelligent Community of the Year” by the Intelligent Community Forum.

Brainport’s helix style of collaboration means that the community can be brought together to help address social as well as economic problems. Pulling on over 800 businesses in the area involved in Healthcare, the ‘Brainport Health Innovation’ programmes are working to address problems in demographics and help improve access, reduce costs and drive innovation across the sector. Such activities include the Living Lab ehealth that are working with aging communities to develop technologies and applications in an approachable way. Importantly, it is the collaboration of university, business and government that allows initiates to design, produce and drive innovation and improve services. 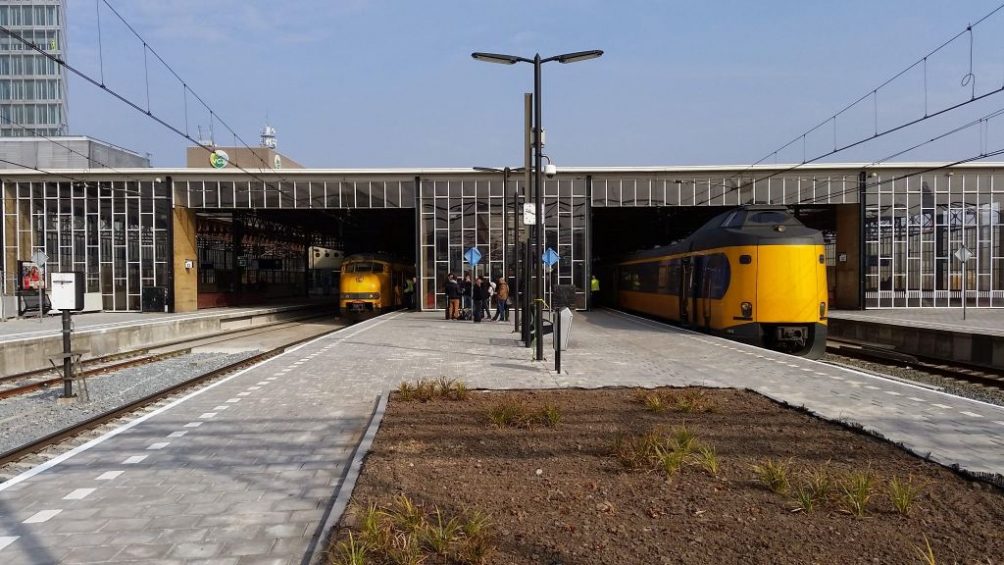 In other sectors, such as infrastructure, Brainport has facilitated what they term an ‘open innovation’ model – a platform for individuals to pursue collaborative goals with Brainport acting as negotiator and ‘traffic cop’. One such projects is the OnsNet, a fibre optics co-op driven to improve connectivity in some of the more distant villages in the area. By involving communities at the design stage of the programme, and asking them to invest in the ‘last mile’ of connection to their house, the initiative was able to achieve over 95% penetration in under 3 months from start-up. 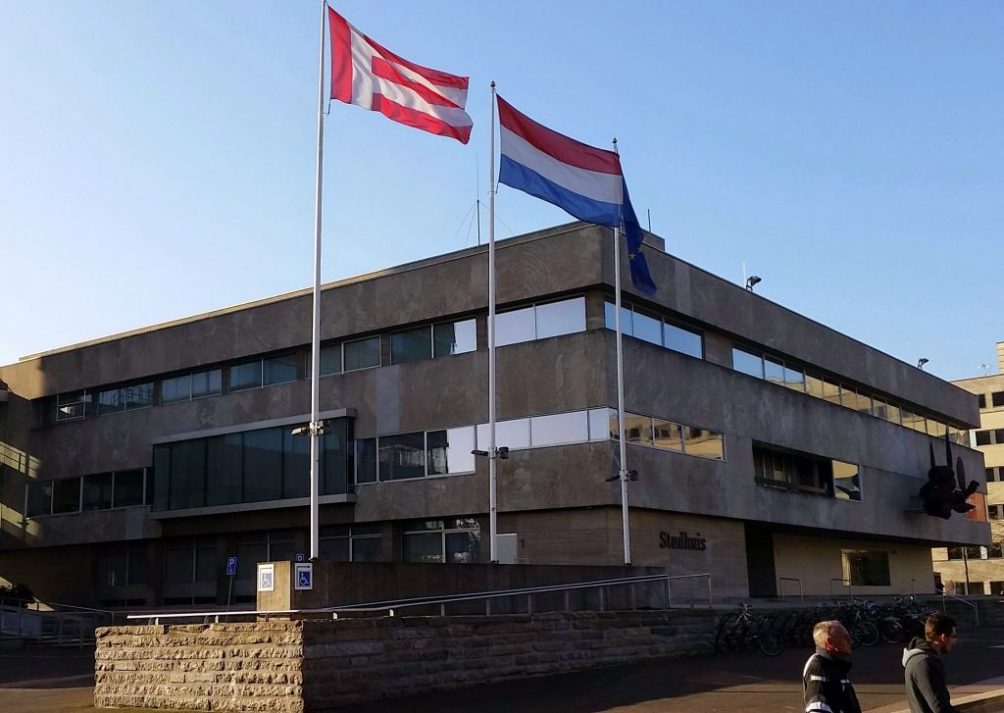 Unlike the subject of our previous blogs, Eindhoven lacks an historic town centre that requires regeneration or a group of committed community residents. Instead it has a heavily distributed set of village sites across the area, peppered with a high concentration of university students. The city lacks a real historic city centre (having lost many buildings during WWII – see above), yet it remains a vibrant place with excellent parks and sport venues.

Nonetheless, such issues are being faced with the same approach reminiscent of the wider urban landscape – with design, technology and innovation – leading to plans to develop Eindhoven as a ‘SUPERvillage‘; in contrast, one might suppose, to a ‘smartcity’. Rather than industry, business and research being focused in one local area, centred around a dense urban hub, they are spread out in small enclaves. This manages to strengthen the historic landscape, rather than assuming that a regenerated city centre is a formal requirement. Ongoing regeneration projects – some of which include apartments in an old radio factory are fashionable today but also connects residents to the history of this industrial town. 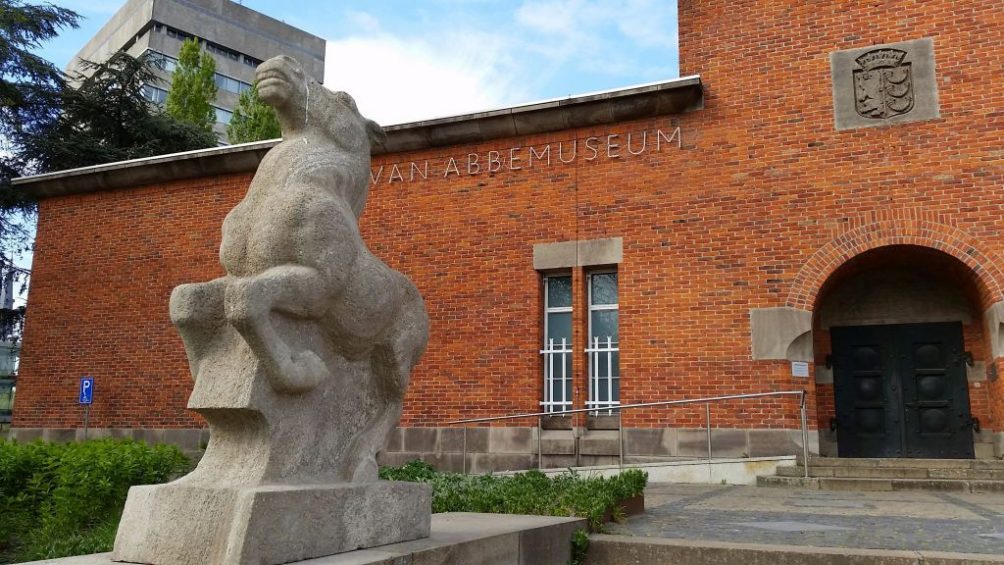 Disused factories have been used for creative exhibitions which involve local communities and link new processes such as 3D-modeling and rapid prototyping, with historic skills of crafts and design. Time magazine named the Design University at Eindhoven as the ‘School of Cool’. The city has managed to transition from partial post-industrial decline and the loss of manufacture, to become a leading centre for technology innovation in Europe.Surprisingly, the re-branding of the area did not come from a top level consultation and design, but from word of mouth, community consensus.

In this journal on ‘Corporations and Cities’ they explore the (re)branding process involved in Eindhoven. Far from a top down, or secondary communication, process, they conclude that the notion of Brainport as the ‘City of Light’ was one that came about through co-production with the communities in the area, and through the development of the areas knowledge based economy – ‘The City of Light’ is the final outcome.

Dave Yates & with thanks to Loes Veldpaus 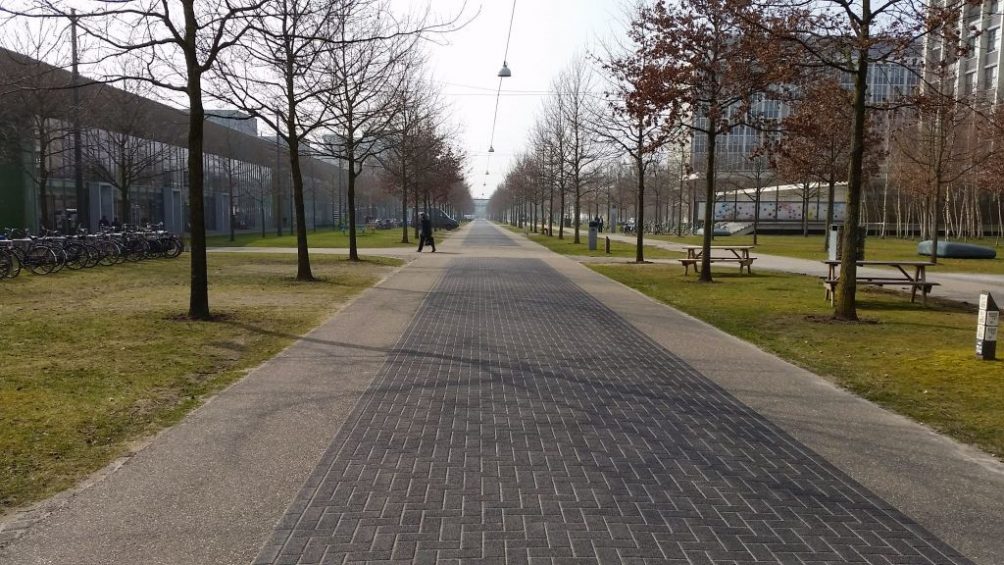 [1] Maldonado, A. F., & Romein, A. (2009). THE REINVENTION OF EINDHOVEN: FROM INDUSTRIAL TOWN IN DECLINE TO CAPITAL CITY OF A TECHNOLOGY AND DESIGN REGION. In City Futures in a Globalising World Conference, Madrid.