In conversation with the Female Tech Heroes’ partners: “We need Role Models”

The Female Tech Heroes will take place next week, on the 21stof May during the Dutch Technology Week. The event is dedicated to women working in technology with the goal to raise the visibility of females working in this area.

The event is completely sold out, but to get an idea of how women are doing in tech, we already discussed the topic with some of the partners of the event.

Also reads the first story we did on Female Tech Heroes

Núria Barceló Peiró, Sr manager identity & access management at NXP, says that the situation is bad regarding women working in technology. “NXP is not doing good, and it is not so much because NXP doesn’t want it”. She mentions that there is something particular about The Netherlands, “We have few women in tech, and within the few women, even fewer are Dutch.”

Peiró is originally from Catalunya, but has been living and working in the Netherlands for several years now. When she arrived in the country, she noticed that the split between women and men is very strong. “I see here in The Netherlands a lot of the ‘Blue’ and ‘Pink’ separation, and I don’t like that”, notes Peiróf who emphasizes that she “was expecting the country to be a little bit more advanced”.

NXP has several initiatives to attract more women in technological jobs. They support initiatives aimed at young girls, believing that to change “we have to change it from the base”. In The Netherlands, NXP  also has the Women in Technology group, which Perió is trying to make bigger. “I started a group in NXP Netherlands, called women in technology and it came basically because we have too few women in our floor.”

Particularly important for her is to include men in the conversation. “From the moment that we say ‘women’, they don’t come,” says Peiró. She believes it is imperative to find a way to include men in these conversations. Perió emphasises the importance to keep on discussing this topic. Dutch society “apparently has assumed that in The Netherlands all is fine, and the subject of women doesn’t need any attention. Only if it is women’s day, or if it is very specific, we would be visible as a group; otherwise, we are quite invisible in this country.”

According to her, diversity is very important as it allows for several points of views. Groups need to be diverse, it’s not only about women. “It is important to bring women where there are too many men, and if you have too many women then bring men.”

The importance of role models also became evident. “Especially in those areas where a typical gender has been very strong, it is important to highlight a role model from the other gender.”

“Why everyone that goes to football wants to be Messi? Because he is a good role model. I am sure that many of the girls that are learning to play football would have it easier if they would have a very strong female version of Messi.”

Peiró is doing a workshop on how the human brain is shaped and how it works when reacting to stereotypes. She hopes to have a lot of men in the workshop, not only females.

Sonia Kataria works as an app developer at Signify. She is part of a team of approximately 15 people, in which she is the only technical woman.

While the reasons for this imbalance in the tech workforce remains unknown to her, she does think that it is imperative to have more women in technological positions as they “bring a different viewpoint to the table”. She emphasises that in her experience within Signify in The Netherlands, she has not been exposed to any gender stereotyping. “Most of my colleagues are men, and I do not experience any gender stereotyping.”

Kataria will also be present at the Female Tech Heroes event; she will be given a workshop about interactivity with lights.

Lotte Geertsen discussed the TMC approach to the issue of women in tech. She mentions how for TMC what is important is diversity in general; and that her company is “already quite diverse”.

“What we try to do within TMC is to put no focus on the negative. Instead, focus on the positive, showing what diversity can do for you.”

How diversity works for you is the name of the workshop that TMC will be doing at the Female Tech Heroes. They also do this within TMC in order to train their own people about diversity and the advantages of it. Overall, Geertsen says that TMC is quite happy with the percentage of women they have. “In general we have on average a higher percentage of women than in the normal high tech company.”

“We think it is important to get women involved in tech because diverse teams are more creative, make faster and better decisions and perform better”, notes Kees Nanninga, who is part of the communications team at TNO.

The situation within TNO is not highly different than in other companies. “Within TNO, approximately 30% of our new hire are females. That’s okay but overall still too few women work at TNO. Especially in key positions.”

Nanninga mentions that TNO is working on getting more women involved in technological positions. The institute has initiatives that range from recruitment measurements and gender-neutral written vacancies to role model campaigns. However, he believes that “in order to solve this issue, we have to focus more on inclusive leadership, work satisfaction and on retention”. To achieve this, TNO has activities like women in leadership programs, female talent Dbase, workshops to empower women and implicit bias training for HR and Management.

“We are supporting Female Tech Heroes because we think diversity is important and it’s good to have good examples. Having key women in senior leadership roles will encourage other women to join an organization that supports women to advance their careers. It is aligned with our role campaign.”

Michaela Landry, business project leader at ASML, talks about the importance of diversity in the workplace at the event. However, she does mention that when it comes to females in tech jobs, there is something particular about the Netherlands. “It is interesting how few women you meet in the technical positions.”

“For a foreigner coming to the Netherlands it feels like there are fewer women in tech,” says Landry who is originally from Germany. At ASML The Netherlands, within operations and research and development they have 14% females. The overall number of female employees at ASML is 16% (including tech and non-tech positions)

ASML is also very involved in trying to make their workplace a more diverse space. “ASML is definitely making progress on bringing more women in the workforce. We see the lack of women going to leadership positions; I think that ASML has recognized that and it is working on identifying ways to access that talent pool.”

Currently, ASML has diversity networks and groups to help improve their workspace. They already have several activities in place to attract more diversity to their company, such as a more inclusive job posting process and conducting girls day events.

Landry does agree that it is essential to include men in the conversation. “It is important to make it interesting for the guys so they can understand and identify their bias, and try to figure out how inclusion can become more of a topic within their companies and within their teams.”

Landry is giving a workshop during the Female Tech Heroes, and she says that she “would be pleasantly surprised if there are men, I think that is what we are lacking right now.”

According to van Dinther, Thermo Fisher Scientific is not only working to get more women involved in tech positions but also to be as diverse as possible. To guarantee this they currently are taking action within the hiring process and they have different groups for different minorities.

Van Dinther highlights how important it is to shed light to female role models working in tech, especially for young girls that might be interested in pursuing a career in tech but do not see any examples out there.

“We, the Dutch, are champions in stereotyping”

It is important to keep in mind that most of these companies are very international companies; and that in some countries their situation is better than in other. However, in general, the percentage of women performing a job in tech is still relatively low in most countries.

In The Netherlands, the number is particularly low, with women representing approximately only 15% of the workforce in tech. As a result of this, The Netherlands is almost at the bottom of the list when compared to other European countries.

According to Coky Booij, managing director of VHTO National Expert Organization of Girls/Women and Science/Technology, there are several reasons why the situation of woman in tech is so particular in The Netherlands. The ones that stand out the most are the ideas that there are barely any female role models related to tech, especially for young girls, and that the Netherlands is a champion in stereotyping. In particular, in gender stereotyping.

For detailed research and a complete notion of the situation in The Netherlands visit the VHTO website.

“It is getting better, that is the good news,” says Booij who emphasizes that there is still a lot of work to be done. Especially in making sure that gender stereotypes are discarded and young girls are encouraged to pursue a career in any technological or scientific area if they wish to do so.

For the full programme of the Female Tech Heroes check here.

Eindhoven’s brainbelt was built by suppliers as collaborators

“Eindhoven, a shining example for Europe” 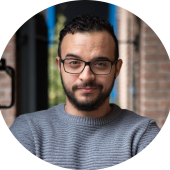