More than fifty pupils from five secondary schools in the area of Eindhoven visited several high-tech companies during the Young Talent Tour. This educational trip is part of the Dutch Technology Week and is intended to interest students more in the technical field. Innovation Origins went with them to the Royal Netherlands Air Force and Malvern Panalytical in Eindhoven.

Due to the increase in technical professions, the demand for qualified technicians has risen sharply in the last few years, but the supply is not sufficient. This is due to the fact that too few pupils who choose a BETA profile actually follow a technical training course. That is why the government has concluded the Technology Pact. This means that the ambition is to have at least 55 percent of pupils with Nature & Health (N&G) or Nature & Technology (N&T) profiles succeed in both havo and vwo. At vmbo, this percentage is lower. Many schools don’t make it, especially the havo-students. ”That’s why our school thinks it’s important to make students more familiar with the technology,” says Sabrina van Driel, a physics teacher at the Dr.-Knippenberg College in Helmond. Besides this school, students from the Sondervick (Veldhoven), Jan van Brabant College (Helmond), Heerbeeck College (Best) and the Huygens Lyceum (Eindhoven) also took part in the Young Talent Tour.

The Army is more than just weapons

At the Eindhoven airbase, the pupils were able to discover how technology also plays an important role in Defence. A group of enthusiastic students from the Aeronautical Engineering course who were working for the Eindhoven Air Force had prepared a number of workshops for the students in the so-called learning dock. This gave them a better idea of the crucial role that technology plays in the work of the Army. Two airplanes have been placed in the learningdock where the trainee technicians can work; an F-27 and an F-16. During the workshops, the students themselves were also allowed to try out some things in order to enthuse them for a job at the Army.

”Young people very often say that the Army only thinks of weapons and war missions, while technicians also have a major role. Without planes, F-16s and refueling planes to refill them, the soldiers are nowhere to be found: there too we see the well-known motto ‘one team, one task’. And moreover, in our function we only hold a weapon once a year, there is no war mission involved,” says Sergeant Major Martijn Beijer. After having worked as a mechanic for twelve years and having been on many continents, he is now training new air forces in aircraft maintenance. “This is a wonderful profession but is often overlooked. New colleagues are therefore desperately needed.” 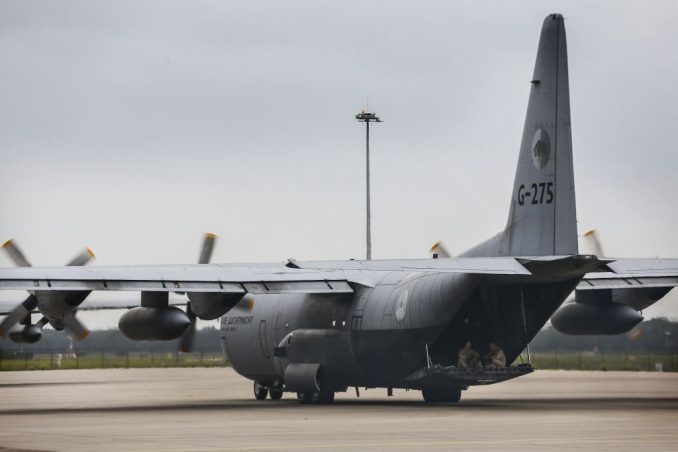 The second part of the afternoon had a great focus not only on technology but also on physics and chemistry. At the Malvern Panalytical company, the pupils were given a guided tour of the factory where X-ray tubes and measuring equipment are made. PANalytical has been a continuation of Philips Analytical since 2002 and is the world leader in X-ray analysis equipment. The pupils got a glimpse into the production process of the pipes and equipment, from sketching and development to testing the final product. A number of students were very enthusiastic, despite the fact that the company required the necessary chemical knowledge.

A future plan has a motivating effect

It was not the first time that the Junior Academy of Fontys University of Applied Sciences organized the Young Talent Tour. They consider it important that pupils from schools in the region visit organizations to take a see more of a company that could become their future employer. “We do a lot of activities for the education of the technical sector because students often do not have a picture of their future at a young age. While it can be very motivating if they have a plan. But with so much choice that’s not so easy, so it helps to introduce them to the field,” says Minke Wolters, Program Manager at Fontys.