Eindhoven University of Technology ranks first on this years’ SustainaBul-ranking. The list ranks Dutch higher education institutions based on the sustainability performance.

The ranking was made public today at the National Day for Sustainability in Higher Education, which coincidently took place at TU Eindhoven. The jury praised the university mainly for its student teams working on sustainability projects. One of them is Solar Team Eindhoven, the three-time winner of the cruiser class at the World Solar Challenge. Another example is TU/Ecomotive, with its fully recyclable car.

This year saw the sixth edition of the SustainaBul. Last year’s winner is this year’s runner-up: Wageningen University. 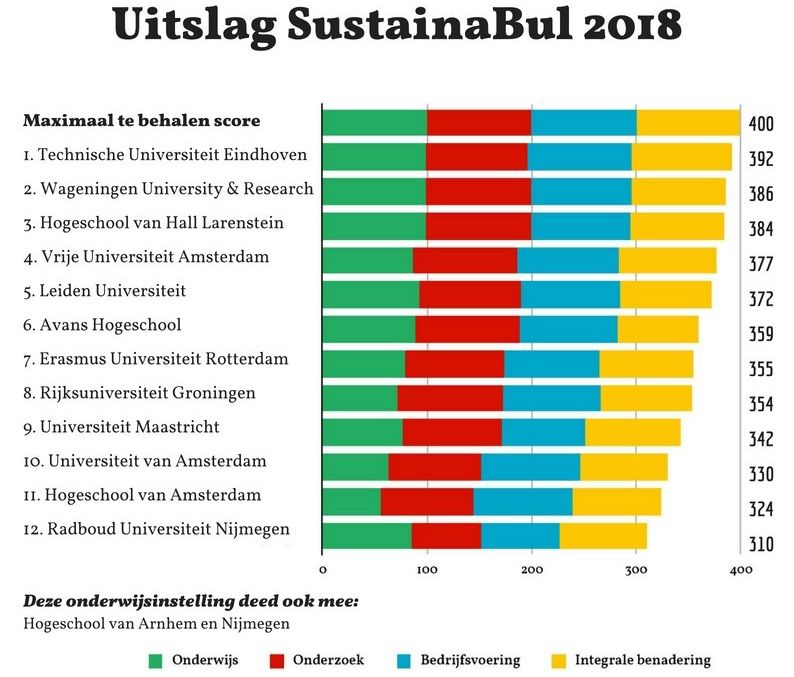