Scientists at Eindhoven University of Technology and Kent State University have developed a new material that can undulate and therefore propel itself forward under the influence of light. To this end, they clamp a strip of this polymer material in a rectangular frame. When illuminated it goes for a walk all on its own. This small device, the size of a paperclip, is the world’s first machine to convert light directly into walking, simply using one fixed light source. The researchers publish their findings on 29 June in the scientific journal Nature.

The maximum speed is equivalent to that of a caterpillar, about half a centimeter per second. The researchers think it can be used to transport small items in hard-to-reach places or to keep the surface of solar cells clean. They placed grains of sand on the strip and these were removed by the undulating movement. The mechanism is so powerful that the strip can even transport an object that is much bigger and heavier than the device itself, uphill.

How it all works? Read on under the video. 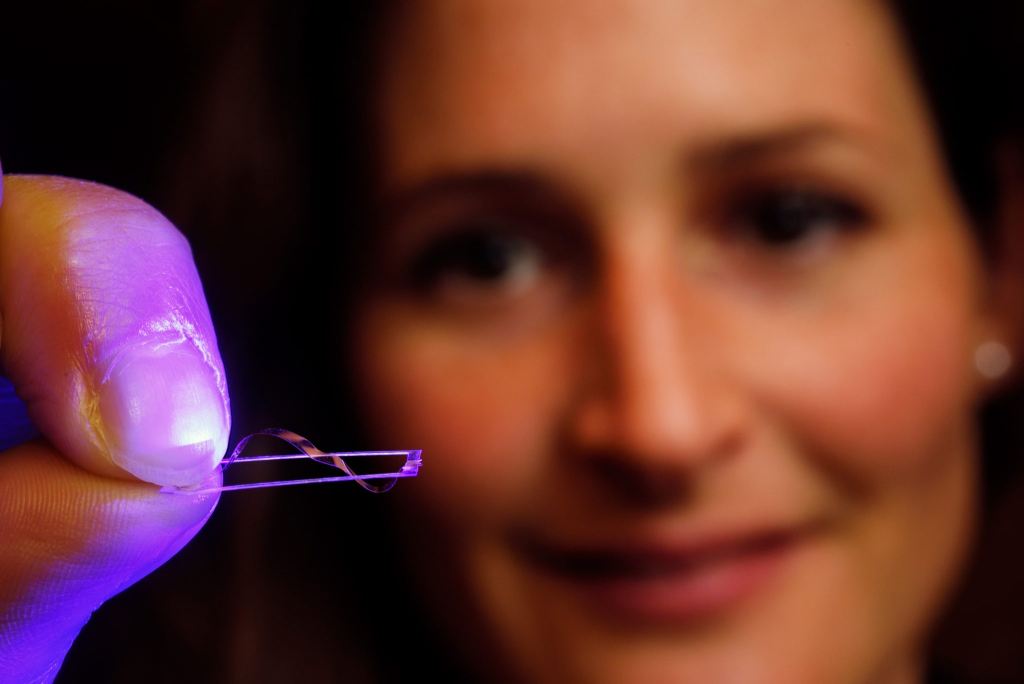 the little machine moves under the influence of the light
TU/e
This is how it works:
(underneath another video with moments from the tests by the researchers)

The motion of the new material is due to the fact that one side contracts in reaction to light, and the other one expands, causing it to bulge when illuminated. That deformation disappears instantaneously once the light is gone. Although the material looks transparent to the human eye, it fully absorbs the violet light the researchers used, thus creating a shadow behind it.

Undulating movement
The scientific team, led by Professor Dick Broer of Eindhoven University of Technology, was able to create a continual undulating movement, using this ‘self-shadowing’ effect. They attached a strip of the material in a frame shorter than the strip itself, causing it to bulge. Then they shone a concentrated led light on it, from in front. The part of the strip that is in the light, starts to bulge downward, creating a ‘dent’ in the strip. As a consequence, the next part of the strip comes in the light and starts to deform. This way the ‘dent’ moves backward, creating a continual undulating movement. This sets the device in motion, walking away from the light. When the device is placed upside down, the wave travels in the opposite direction, causing it to walk towards the light.

Relaxation
The research team managed to reach this specific behavior of the material using ‘liquid crystals’ (familiar in liquid crystal displays; lcd’s). The principle relies on the incorporation of a fast responding light-sensitive variant in a liquid crystalline polymer network. They engineered a material in such a way that this response is translated to an instantaneous deformation of the strip when illuminated, and relaxation directly when the light is gone. 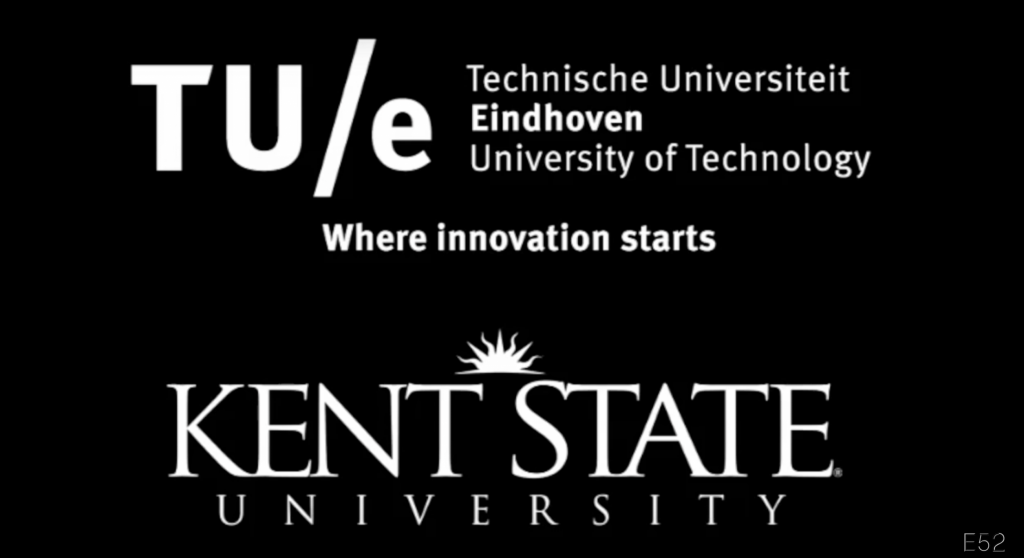 Some of the experiments by the researchers. The walking polymer film can even push something heavy upward.
TU/e, Kent State University