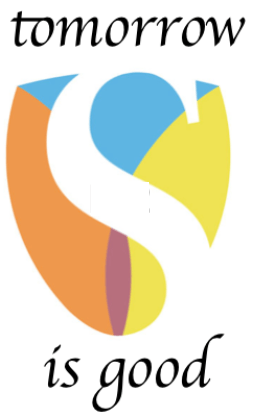 In a weekly column, alternately written by Lucien Engelen, Maarten Steinbuch, Carlo van de Weijer and Daan Kersten, E52 tries to find out what the future will look like. All four contributors are – in addition to their ‘normal’ groundbreaking work – linked to theSingularityU The Netherlands, the organization that focuses on spreading knowledge about technologies that can provide solutions to the problems of our time. This Sunday, it’s Daan Kersten‘s turn. 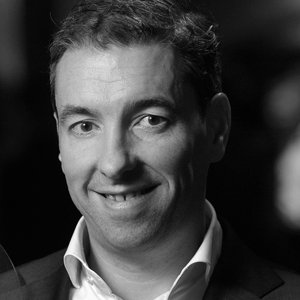 Tomorrow will be better. It can hardly be, I think as I write this. With our 3D metal printing company, we present our machine at the world’s largest 3D printing trade fair in Frankfurt this week, where the interest is overwhelming. In addition, we won a prestigious IDTechEx award for the same machine on the other side of the world last night. Can it get any better? Perhaps it can, because when you read this, the fair ended and my mouth and feet get some rest again…

If one thing has become clear this week, it is the breakthrough of 3D printing as manufacturing technology for series production. It began with the recent attempt by GE to incorporate SLM Solutions and Arcam. A shareholder of SLM Solutions prevented this because he thought the GE bid, approximately 10x its turnover (!), was too low. In the same week GE decided to spend the 1.4 billion that burned in their pockets on competitor Concept Laser. Along with Arcam, GE has thus secured the supply of the 1,000 3D metal printing systems it needs in the coming years for a wide range of products for various applications in energy, aircraft engines and more.

2D printing powerhouse HP launched its latest Multi Jet Fusion 3D plastic printer on the European market – with an Eindhoven flavour to it because Shapeways is a test customer. They expect this to open up a new market, for instance personalised medical devices. German EOS showed its solution for the establishment of fully automated production; it was still a prototype but it clearly shows that the market is moving from prototyping to serial production.

Not only the production becomes more integrated, the software chain also seems to be threading the islands together. Up to now you needed a number of different software tools to design, optimise and simulate a digital product in 3D, and to cut it in layers. But now in Frankfurt Siemens shows us that every functionality can be combined into one package, so that the engineer of the future can press the print button of his 3D CAD software, much like it’s already normal in the Microsoft Office products in 2D. That’s a major step forward in ease of use and it lowers the threshold to apply 3D printing in industrial production.

Actually, this also gives a direct answer to the question I previously asked: “Can it be better?”. Yes, not only for our company that wants to play a leading role in the industrialisation of 3D printing, but also for the whole Western industry that will enable the manufacturing of 3D printed products locally, and on demand. Products are better, lighter, cheaper and more personalised and we are all going to benefit. And the environment is spared through more digital and less physical transport.

So tomorrow will still be better. Fortunately!

Solar stocks and solar flows
Do you still get it? On how artificial intelligence is…
You shouldn't just ask for a grower, but just give Bart a…
The value of a good brainstorm and how to make it work next…
Politics, employers, and students will soon demand a truly…
Between hope and possibility
Manage Cookie Consent
We use cookies to optimize our website and our service. Help us to make our site better by accepting all cookies.
Manage options Manage services Manage vendors Read more about these purposes
View preferences
{title} {title} {title}