Shimano today opened its European headquarters at the High Tech Campus in Eindhoven. The Japanese company chose Eindhoven for various reasons. Also the majority of its employees said yes to working in the Brainport region – some not only moved their office place but also their entire family to Brabant.

For Shimano, Europe is its largest market. The company, known for its bicycle parts manufacturing as well as making cutting edge fishing and rowing equipment, had outgrown its location in Nunspeet and was looking for a new home. Marc van Rooij, President Shimano Europe, spoke about the instructions he received from Japan: “Find a location where Shimano Europe can maintain its present position as the market leader for the next 25 years. It doesn’t matter if it’s in Portugal, Switzerland, the Netherlands, or Finland, just find the best location.” 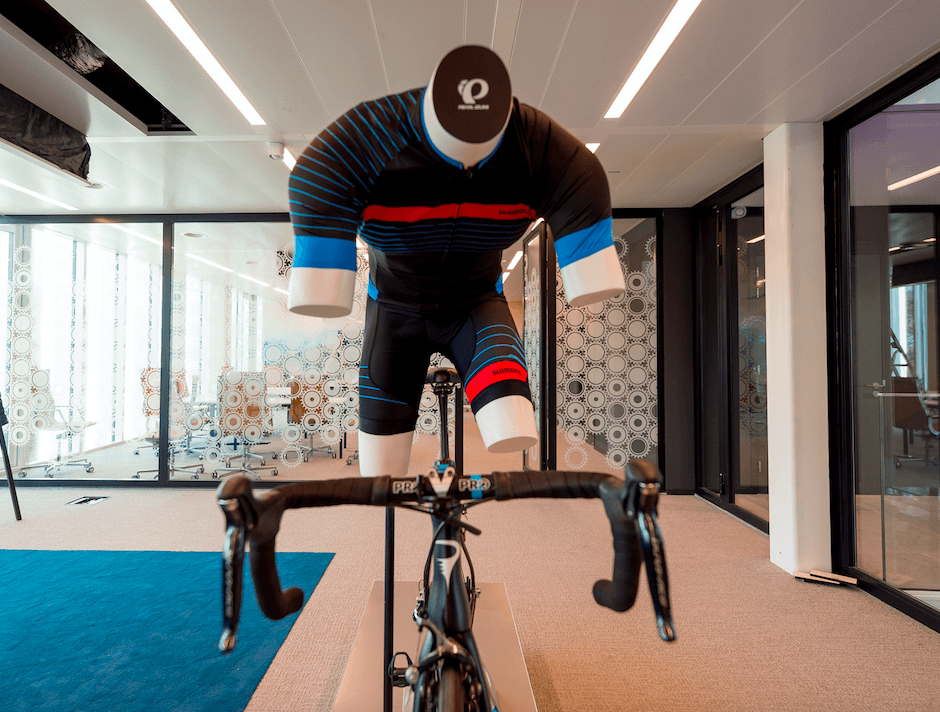 The company chose the Eindhoven Campus for a specific reason. Van Rooij explained why: “The Brainport region is the frontrunner in Europe when it comes to business and knowledge in the field of sports, technology and design. By being here we can strengthen our position and we are more likely to attract international talent. “In addition, the location played a role. The High Tech Campus is located in a central and accessible position just a short distance from the Eindhoven international airport.

Attracting a company like Shimano has been a joint effort by the Brabant Development Agency (BOM), the High Tech Campus Eindhoven and Brainport Development. The latter provided a ‘soft landing’ opportunity to the company and its employees. This meant an organized tour at an early stage for the people of Shimano to introduce them to the Eindhoven region and the surrounding areas. Several employees eventually chose to move to Eindhoven or to a quieter spot in one of the surrounding villages. An introduction to the city and other facilities such as schools was also organized by the city.

Naomie Verstraeten, Program Director Brainport International Programme, wanted a “red carpet treatment” as a reception. “When an organization with so many people is moving to Eindhoven, it is critical both for the company and its employees to feel at home here.” Brainport Development has organized similar red carpet receptions earlier to welcome large organizations in the region, like the DIFFER institute and the European Air Transport Command.

Shimano will begin with 180 employees of which most have moved from Nunspeet. Spokesman Ben Hillsdon explained that the new building can accommodate up to 240 employees. “We will certainly hire more people in the coming period.”