While the BMW i3 turns to a winding mountain road, our car’s energy meter drops to the absolute minimum. Only three kilometers until we run out of electricity. While other electric drivers would suffer from range anxiety for a long time, we remain calm. Why should we worry? A road trip from Eindhoven to Munich in an electric car with a range of barely 200 kilometers is asking for trouble anyway. In the Netherlands, the leader in charging stations, this is no big deal, but in diesel country Germany you need a microscope to find them. 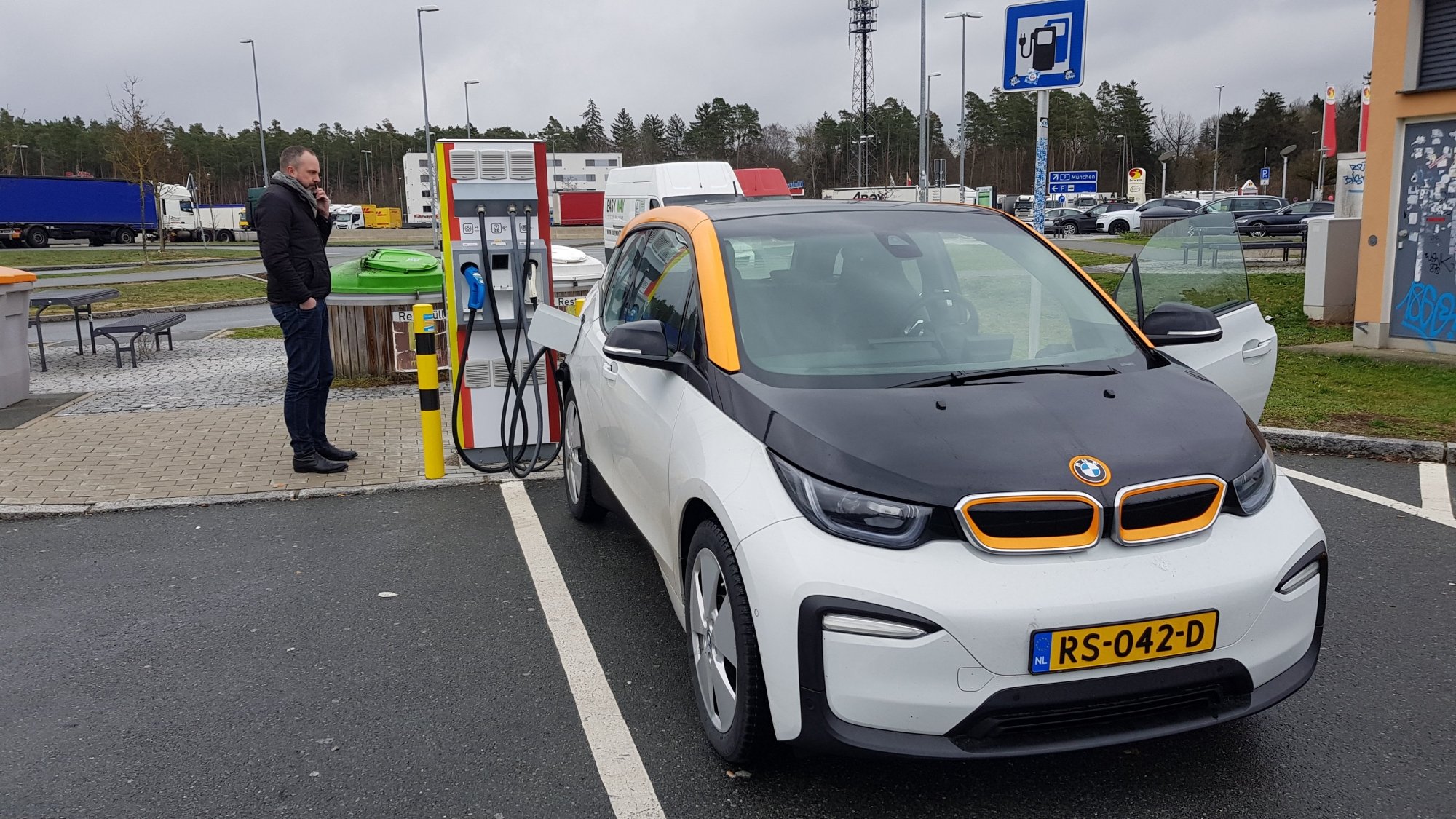 Look, the headlight is already shining on the two charging stations in front of the Wiesbaden town hall. Just wait and see if they have the right payment system for our New Motion Card. Because to make things even more complicated, the few German charging stations also have a bay of payment systems. From app, to credit card or PayPal systems, or even completely free, it’s all there. But if our Dutch smartphone does not want to load the German app, it turns out that the help-desk of energy company E.on is actually manned by a person who freischaltet the pole from her office hundreds of kilometers away.

Fortunately, the charging station in Wiesbaden also works, so after nine hours on the road, we can find a hotel halfway along the route. As newcomers in the world of electric driving, we have decided to take it easy during this first ride.

Amber’s BMW, the hip car-sharing startup where we were allowed to borrow the car, appears to be fully equipped. From adaptive cruise control that automatically brakes and accelerates during traffic jams, to lane assistance, the car comes close to autonomous driving. Although with 400x158x178 centimeters it’s very compact, the i3 feels like an adult BMW and at the traffic lights you can pull up faster than any conventionally powered car.

Be careful, because, however seductive, such macho manoeuvres consume power, and we don’t want to charge too often. The half-hour charging itself may be a sensible interruption during such a long drive but whether that third Bockwurst mit Brötchen at the Raststätte is too, is doubtful. During loading, we pass places that we wouldn’t otherwise have visited as tourists in Germany, like the tacky neon-lit ‘hotel’ on an industrial estate in Nuremberg or Henry’s Sandbar (with real sand!) in Kerpen.

How often you need to charge depends largely on your driving style. Full throttle with the air conditioning on, the battery on the Autobahn can be empty within 100 kilometers. If at 90 kilometers per hour, you connect to the convoy of trucks on the right lane, this distance could just double. Soon the i3’s with Extended Range of 300 kilometers will also be available at Amber, so we’ve been told, so Munich can be reached within two and a half charging times.

But the romance of driving in a relaxing manner is over at a point, as we gradually experienced in a ride per i3. In about twenty years we can tell our grandchildren that we were there, at the very beginning of electric driving through Germany. The body rides horseback, the mind rides on foot, and we rode by Amber.

Each Amber should soon replace twenty private cars
Rising demand for charging stations while housing…
Off to South Africa with an e-car and an off-grid charging…
Germany allocates €6.3 billion for 930,000 more charging…
Offshore wind turbines 'talk' with street-side charging…
Electric Auke: 'BMW seeks to sustain addiction to oil with…
Manage Cookie Consent
We use cookies to optimize our website and our service. Help us to make our site better by accepting all cookies.
Manage options Manage services Manage vendors Read more about these purposes
View preferences
{title} {title} {title}