Mining is playing an indispensable key role in the energy transition. We need scarce metals more than ever for the manufacture of electric vehicles, phones, wind turbines and solar panels. Is it time for Europe’s mining industry to ramp up its mining capacity and become independent? For the moment, Europeans are not keen on having a mine in their own backyards. “But it is possible to drastically innovate mining and make it more attractive to Europe,” says Mike Buxton, Section Head for Resource Engineering at TU Delft in The Netherlands.

The fact that Europe is dependent on Russian gas has been a frequently discussed topic on talk shows and news items since the war broke out in Ukraine. But Russia, and especially China, are also among the world’s major players in the extraction of raw materials such as palladium and aluminum. Raw materials that we in Europe sorely need for batteries, electric vehicles, wind turbines and other innovative technologies that are contributing to a green future. Russia, for example, produces almost half of the world’s palladium. This is a precious metal that is used in catalytic converters, among other things, and is vital to the automotive industry.

But a lot of rare earth metals can also be found in European soils. Buxton sees potential in that. “At just over a depth of a kilometer, you can find copper in Poland’s Kupferschiefer. In Scandinavia, you find platinum and nickel, which are important for battery production.” There is probably still a lot we don’t know about what metals are hidden underground, the professor suspects. “We have already explored the surface of Europe very thoroughly. In fact, it is the best explored geological area in the world. But conversely, we have relatively few details about what’s going on 400 meters underground.”

No mine in my backyard

In June 2017, the World Bank issued the report ‘The Growing Role Minerals and Metals for a Low Carbon Future‘ and came to the conclusion that a low-carbon future would be highly mineral intensive. Yet Europe, to date, is not putting much time and money into mining on its own soil. There are two reasons for this, Buxton explains. “Firstly, it is extremely difficult to open a new mine because of the strict laws and regulations and because of the high operating costs. Mining companies prefer to go to a country like Chile, where they can already be up and running much faster and at a lower price.” In addition, Europeans simply don’t want a mine in their backyard. “I understand that all too well. We see mining as dirty, distasteful and polluting. While we absolutely do need it for the energy transition.”

Therefore, it is time to innovate mining and to make it more attractive so that Europe will also get on board with it, Buxton concludes. “The laws and regulations can be improved, but cleaner technologies also need to be developed. This is still work in progress. However, there are several ways to minimize the negative impact of mining on the environment.

“There is a lot of research going on at the moment on electrolytic metal mining. Although there are plenty of hurdles to overcome, this new technique has enormous potential. It works like this: you need a fracture network in a rock where liquid, such as rainwater, can pass through. You then place electrodes in those liquids and let current flow through it. You can use solar or wind energy, for example, to generate this current. By doing this you create a conductive medium to extract clean metal. The advantage of this method is that you avoid having to discard a large part of the rock that you retrieve from the surface, as is frequently the case with conventional methods.”

We can also explore the potential of geothermal fluids in Europe. At present, we only use these fluids for heating. But in Europe, for example in the Lowlands of the Upper Rhine, we can use them to extract metals such as lithium. After all, geothermal energy has a high metal content. We are also going to do research here in Delft into metals in a geothermal well. We are going to build that here on campus. The aim of the research is to find out what happens to the composition of metals at great depths. Eventually, it may well be possible to extract the metals straight from the fluids, without the need to dig and remove the waste rock.” 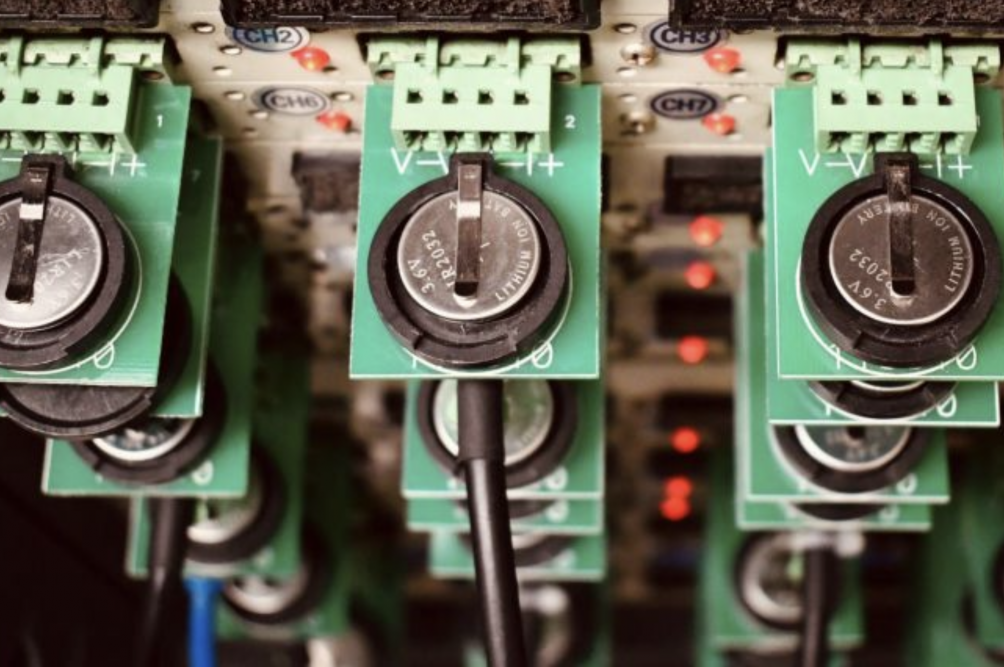 Autarky is unfeasible when it comes to raw materials, but we can spread the risk – Innovation Origins
Europe can glean lessons from the Ukraine war. In order to become less dependent, there needs to be far more new mines for the extraction of valuable raw materials.

According to Buxton, the mining industry is one of the world’s most conservative industries. It is not easy to introduce innovations there. “But I hope that the war in Ukraine will give it an extra impulse and prompt Europe to act. And that, in time, Europeans will realize how important rare metals are to us.”

Electric Auke: 'Can we make the use of gas from Groningen…
Instant plug-in solar panels as a solution to high energy…
This solar panel weighs 50 percent less by replacing the…
Plenty of alternatives to Russian gas, but not in the short…
No energy transition without a circular transition
'We need an OMT for energy,' all the more so since the…