After the two previous editions of “New Dutch Wave” at the South by Southwest festival (SXSW) in 2017 and 2018, the Dutch are ready for their third year. From March 9 to March 14, the New Dutch Wave house and booth at the expo during the Interactive Festival will be fully dedicated to what the Netherlands has to offer in the field of innovation, education and creativity. This year the mayor of Eindhoven, John Jorritsma, is mission leader for the Dutch Creative Industry. More than 50 partners are joining the Dutch delegation.

New Dutch Wave will once again feature a booth at the expo and a “Take Over House” in the centre of Austin. On Saturday 9 March the New Dutch Wave house will be officially opened by John Jorritsma andBarbara Wolfensberger, Director-General for Culture and Media at the Dutch Ministry of Education, Culture and Science and member of the Creative Industries Top team. The mayor of Austin, Steve Adler, will join the two.

“Once again we are bringing a strong Dutch delegation and a super diverse program to SXSW”, says Arne Koefoed, co-founder of New Dutch Wave and creative agency WINK. “Because of the contributions of Creative Holland and Brabant C, I am really happy with the design program this year, which includes impactful designers such as Dave Hakkens’ Precious Plastic and the Growing Pavillion of New Heroes, Krown Design and DDF, their creative solutions for major social problems. But also innovative start-ups such as The Helia with their mobile folding solar panels, the music program of Paradiso and Run The Trap, and the Austin Talent Day of RA*W University are already highlights.”

On Tuesday 12 March, the Dutch Design & Tech Day will take place, where the latest generation of design and tech entrepreneurs will share the processes behind their participating projects. During these talks, the audience gains more insight into how the synergy between creativity and technology contributes to social innovation, social engagement, health care and sustainable architecture. Followed by a number of panel talks in which the latest developments in the field of circular design, open source systems and digital design are discussed. The day ends with a keynote about how brands can distinguish themselves in the field of design and customer experiences in an era driven by millennials.

Within that New Dutch Wave, there is a strong input from the province of Brabant this year. Brainport Development is present, just like the Dutch Design Foundation, Eindhoven365, culture cluster Brabant C and various individual designers and developers. Jorritsma expects a lot from it: “From conversations with both mayor Steve Adler of the city of Austin and the management of SXSW, it appears that there is interest in each other from both sides. We see many opportunities when it comes to sharing knowledge and talent. During my visit to SXSW, I want to strengthen the position of the Netherlands as a breeding ground for creativity and innovation and work on a lasting relationship with SXSW and the city of Austin in the field of music, culture and design.”

Read more about the possible ties between Eindhoven and Austin here 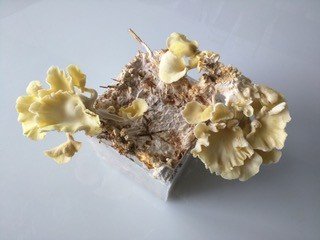 Joy Arpots of Brabant C also sees opportunities. “We can showcase creative Brabant there. Brabant stakeholders have been mobilized to jointly exploit the opportunities of the global platform for high-tech, new media, creative industry and digital culture and to connect with the ambitions, knowledge and inspiration from the Brainport region.” According to Arpots, the opportunities are also apparent from a recent ‘return visit’ by the Americans. “In October during the Dutch Design Week, there were representatives from Austin to see with their own eyes what Brabant has to offer during the ‘Counterwave’. They were flabbergasted.”

What will building the metaverse mean for the European tech market and its funding?

Without dialogue, every innovation model is worthless