As the sun slowly set at the High Tech Campus Eindhoven, Innovation Origins presented the Gerard & Awards for the sixth time in a row. Ten new winners, who will be listed in an illustrious list. Because that’s what we can say about the first fifty winners: if you have won a Gerard & Anton Award, your chance of survival increases by a factor of 100. Only 8% of the winners have stopped their company – just look at the usual start-up statistics…

It is no coincidence that investments in Eindhoven-based start-ups have increased by 20%. 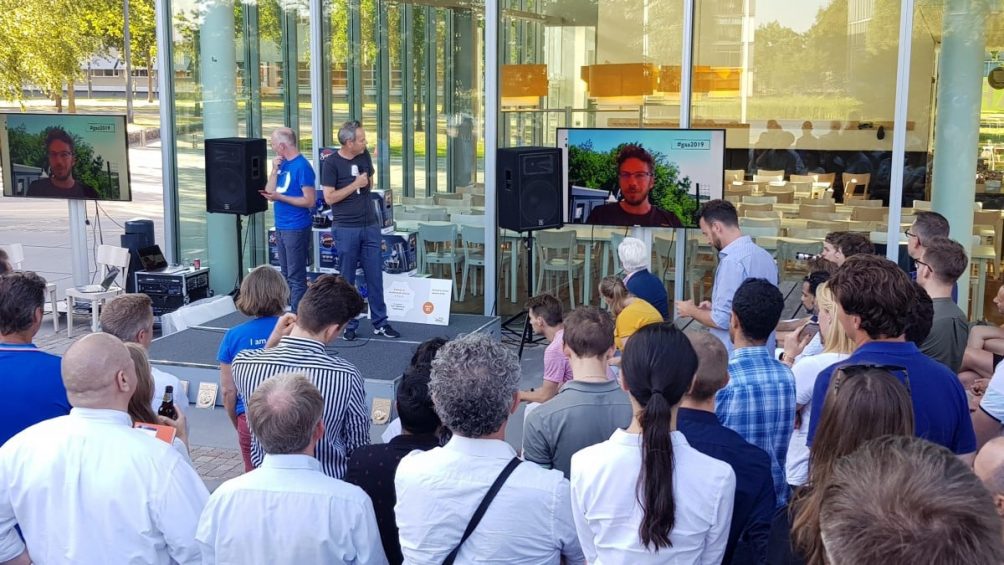 The jury: This DIFFER spinout was founded this year and has already won several awards. Chromodynamics can bring chemistry to life and has pioneering applications in energy and medical research. One of the first studies it is involved in is in the field of nuclear fusion.

The jury: Ebusco has been working on electric buses for years. Three years ago, King Willem-Alexander let himself be driven through Paris in an Ebusco bus. Meanwhile, the company moved to a growth location in Deurne. The management has been strengthened with the best in the public transport industry and Ebusco buses have already been spotted all over Europe. The time has come for a major breakthrough.

The jury: The most beautiful innovations make society accessible to more people. With the smartphone, communication has become more visual. For people with a visual impairment, this is not progress. But TU/e-spinout Hable has created a solution: the Braille keyboard for the smartphone. With this beautifully designed keyboard that fits like a case on your smartphone, a new group will have easy access to online communication.

The jury: By now, more energy is spent on cooling in data centres than on the actual computers. This is a problem because of the large amount of power required. Incooling uses CERN technology to cool only the chips, not the entire data centre and thus save a lot of energy.

The jury: Emotions often seem so visible. But that is not always the case. Especially for people with a disability, it is difficult to determine how they feel and therefore what care is needed. With the Emoradar, the caregiver gains insight and the care can be much better attuned to the needs of the patient. 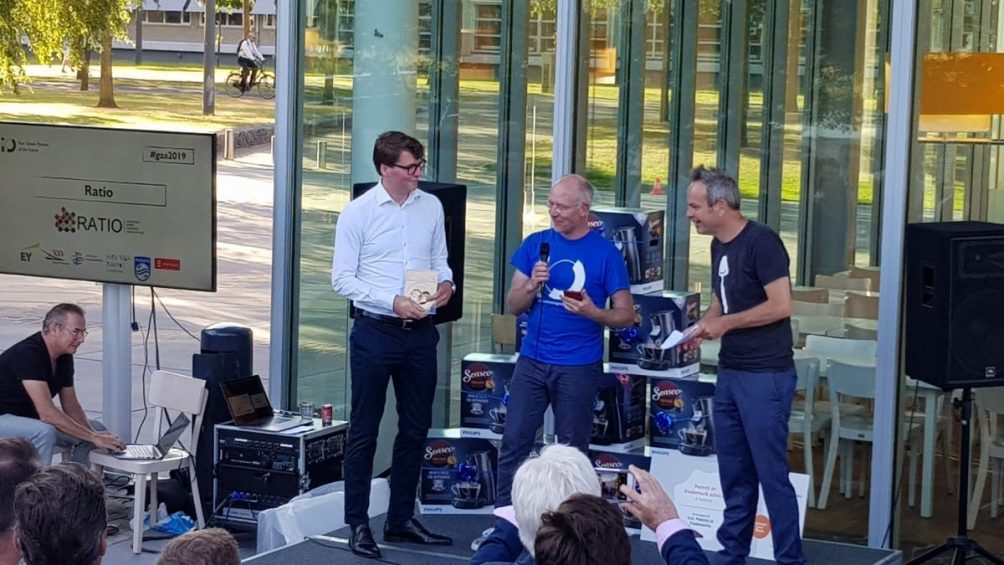 The jury: The complexity of more modern products and the interactions within the product, a plane or a bridge, is enormous. Ratio has developed tools to model and manage this complexity. A necessary to avoid budget overruns or even worse: fatal errors.

The jury: The advantage of electric vehicles is the flexibility that the designers have. Motors are small, the battery can be hidden anywhere. That is, if you have a specifically tailored battery. Developing that battery is an art. The team that developed the modular battery on the Storm motorcycle now does so for external customers, with great success.

The Jury: Solar panels are now cheap and are widely used. Just connecting solar panels to get the maximum efficiency is not that easy. With Taylor’s electronics, it is. They make solar panels plug & play. This reduces installation costs and increases efficiency.

The jury: This Holst Centre spinoff has developed Spatial Atomic Layer Deposition. This technology makes it possible to create thin, flexible screens on a scale. SALDtech provides the tooling for the production of these types of screens and is on the eve of a step towards becoming an important supplier to this industry.

Techleap.nl: Lack of long-term vision tech sector hinders…
First-of-its-kind independent comparable battery test for…
Start-up Branchkey as a safe bridge for cooperation between…
Otflow: from cutting out mats in stables to knowledge…