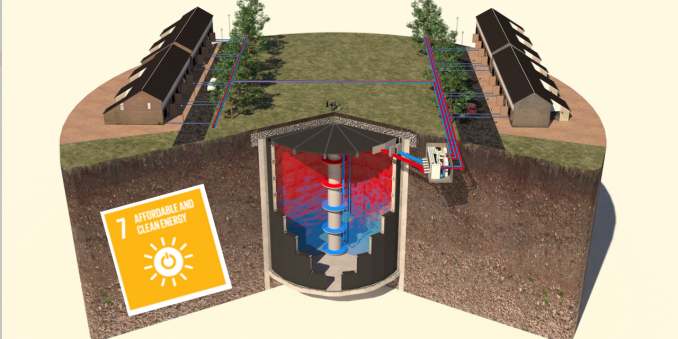 A number of things stand out when you take a look at your energy bill. The amount is higher than you had hoped. Plus it turns out that there are actually a lot of costs involved in heating your house. The Ecovat from the start-up company with the same name should change this. This system is capable of supplying heating at room temperature to thousands of homes with a gigantic underground hot water tank, without the use of fossil fuels.

The heat chamber can be constructed 30 metres below ground and has a capacity of 20,000 cubic metres in volume. A combination of good insulation and a large surface area ensures that the contents remain sufficiently warm. This is much more efficient than smaller systems that require more energy. And there is also another advantage during hot summer days. Because then this tank can also be used to maintain the same room temperature. 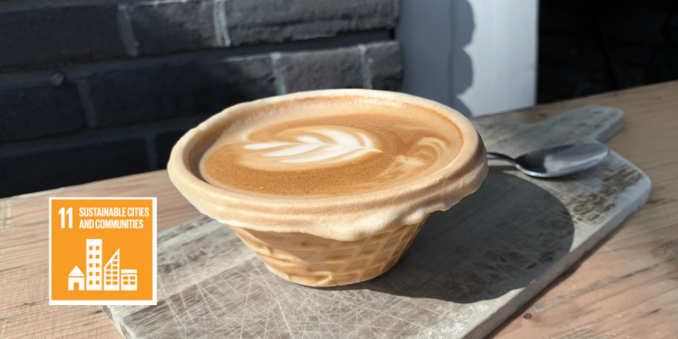 A cookie with your coffee? How old-fashioned is that! What’s more, depending on what the mug is made of, it either ends up as more dishes to do or more rubbish to throw away. What if you can just eat your mug? That’s what they thought back at the Dutch start-up Cupbite. It looks a bit like an ice cream cone but is designed for hot drinks. Perfect.

Inventing an edible coffee cup was easier said than done. The biscuit had to taste nice. Not become soggy from contact with liquid and, of course, be resistant to heat. It takes some time for coffee lovers to get used to. Nevertheless, the Utrecht duo are ambitious and want to relegate paper disposable cups to the history textbooks with their cookie cup. This keeps bins empty and tummies full. 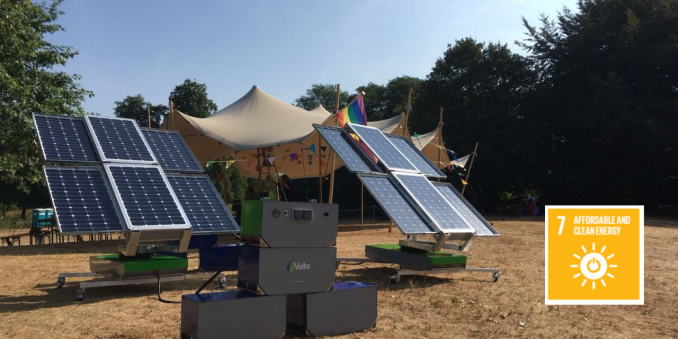 Although festivals are often big talkers when it comes to sustainability, the environment and a better planet for everyone, they often leave much to be desired in terms of their actual sustainability. Since it is difficult to run a festival without electricity and festival grounds often do not have adequate access to the power grid, organizers have no choice but to operate generators that run on diesel. Not great for your ecological footprint.

But it can also be done differently, as the Dutch start-up Volta Energy has shown. They came up with a combination of mobile solar cells and batteries, which enables a production to run entirely on green electricity. Power supply and peak demand for the Zwarte Cross and Oerol festivals were carefully looked at in order to develop this product. And if it can handle a festival like Zwarte Cross – which is the largest in Europe after all – the whole sector ought to consider this alternative. 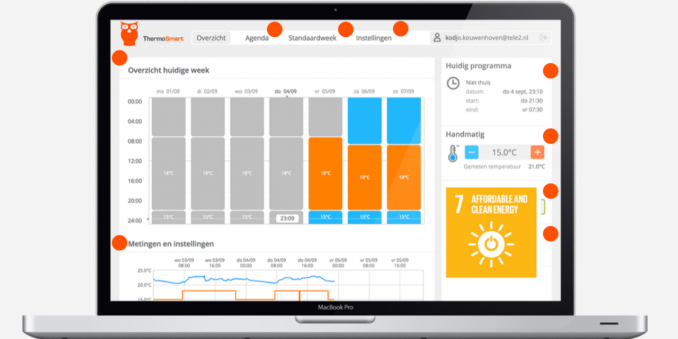 Most smart thermostats might very well be called ‘smart,’ but they are not really user-friendly or flexible. This had to change according to the Dutch start-up Thermosmart. Their thermostat which comes with an app is designed especially for those who genuinely want full control over their energy consumption. The temperature in each individual room can be set at the push of a button and a clear display shows exactly how much power you are using. Have you always wondered how much it costs to raise the room temperature by one degree? Thermosmart makes this transparent.

The true eco-friendly control freak can save a lot of money on their energy bill. And not insignificantly, the Thermosmart team specifically took its design into account. The thermostat becomes an eye-catcher in the house this way. In contrast to its competitor Google’s Nest (which is actually a one-size-fits-all product) this thermostat should be much more flexible. And perhaps it is also an attractive alternative for consumers who value their privacy. Who don’t want American tech giants to see how warm it is in their living room … 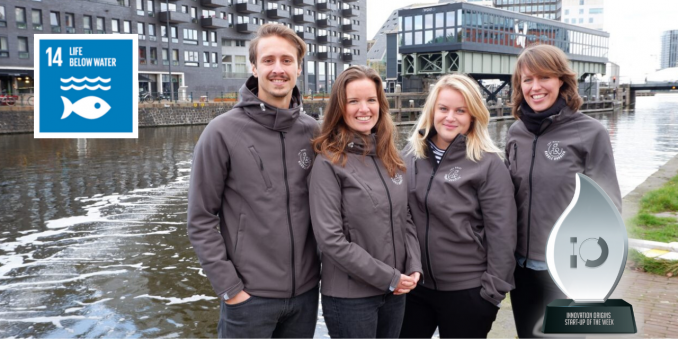 Everywhere on earth, underwater life is under threat from massive amounts of plastic waste. Boyan Slat has been tackling plastic soup in the oceans since 2013 with his runaway graduation project and the Dutch start-up The Great Bubble Barrier is happy to lend him a hand. What if all this plastic doesn’t even reach the sea because it’s blocked by some kind of wall? A wall of air bubbles, to be precise.

An upward current is generated by blowing air up from riverbeds. This means that waste can flow only in one direction and that’s towards the surface. This makes it easy to retrieve it. The main advantage of this installation is that it doesn’t get in the way of shipping or fish. The idea was born while the three founders were drinking a beer on a boat. They saw how carbon bubbles in the beer rose to the surface. Quite extraordinary how inspiration can turn up in the weirdest ways!

The first bubble wall has already been constructed at the bottom of the Westerdok in Amsterdam. This totally new way of dealing with plastic soup is also being followed with interest in other countries. Could the solution to this gigantic ecological problem be so simple? We”ll know by the end of this year when the results are in. But the inventors have already garnered plenty of international interest.

The system has not gone unnoticed thanks to its simplicity and continuous operation. The Great Bubble Barrier may not have won the actual lottery, but it did win the Green Challenge prize from the Dutch Postcode Lottery and may add another prize to its trophy cabinet as this week’s Start-up of the Week!

Make your new interior decor out of the plastic soup
Recycling is just one strategy for reducing the mountain of…
Avantium builds first bioplastics plant in Dutch Delfzijl:…
Troy Swope’s Footprint is fighting the disaster that’s…
'Plastic is fantastic until it ends up as waste'
A handheld scanner to identify plastic