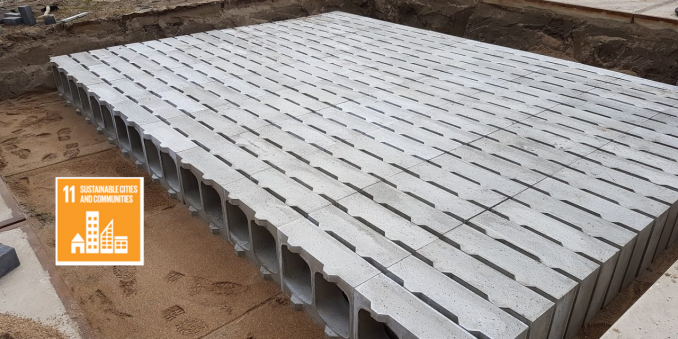 The Netherlands is a land of water and this becomes immediately obvious after a heavy downpour. The sewerage systems can’t cope with all the excess rainwater and this causes the streets to flood. This type of peak precipitation will occur more and more often because of global warming. Water does sink into the ground outside built-up areas, but in cities this is a lot more problematic.

If it is up to the Rotterdam inventors of Bufferblock, an extra layer of hollow blocks will be installed just below the road surface. The advantage of these drainage blocks is that they are much easier to install than other solutions. For instance, infiltration crates (which are types of underground water containers) have to be dug into place in a particular way. 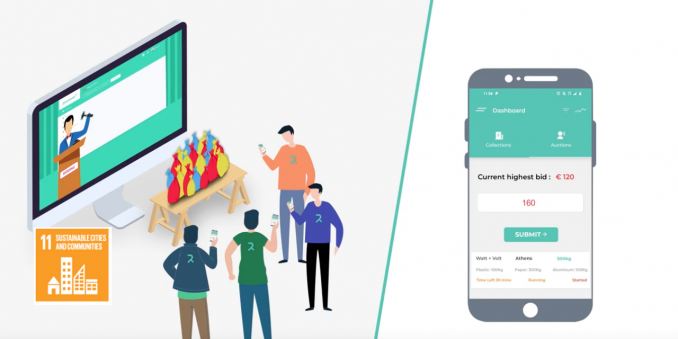 How do you make sure that everyone separates their own rubbish properly and doesn’t throw everything away with the trash? Tackle it thoroughly piece by piece? In theory this could work, but it’s quite a time-consuming and tedious job for the civil servant who is tasked with it. Obviously, having a fine landing on the doormat won’t make anyone happy. Yet in Greece, Recytrust shows it can also be done differently. There they reward good behaviour instead of punishing bad behaviour. With what? With hard cash!

Smart rubbish bins are able to weigh exactly how much paper, glass or plastic you put in them. Your trash then ends up at a recycling auction where it is sold to the highest bidder. And the proceeds? You can keep those for yourself! Have you ever wondered what happens to your discarded bottles after you’ve dumped them in the recycling bin? The Recytrust app shows you exactly where they go from there. 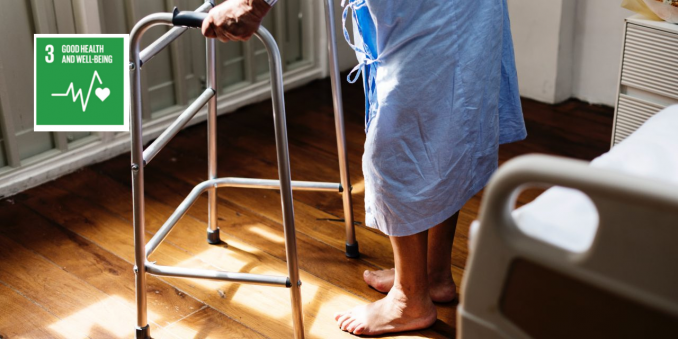 Reha Buddy – Rehabilitation you yourself can monitor

The recovery process after a bone fracture is usually rounded off with a rehabilitation process wherein certain exercises play an important role. Generally all goes well as long as this is done in a rehabilitation center. But at a certain point a patient does go back home. The extra impetus to follow the schedule is no longer there then. Keeping up with this kind of schedule on a daily basis is quite a challenge once you get home. After all, these exercises are a bit like signing up to a gym. Good intentions will certainly count, but over time the exercises are often neglected, done incorrectly or not done at all.

Reha Buddy should bring back this extra impetus in the form of a digital instructor. This app is equipped with a motion sensor that can accurately monitor whether the patient is moving well and doing the exercises correctly. It’s also an extra incentive for people who can never keep up with their good intentions. 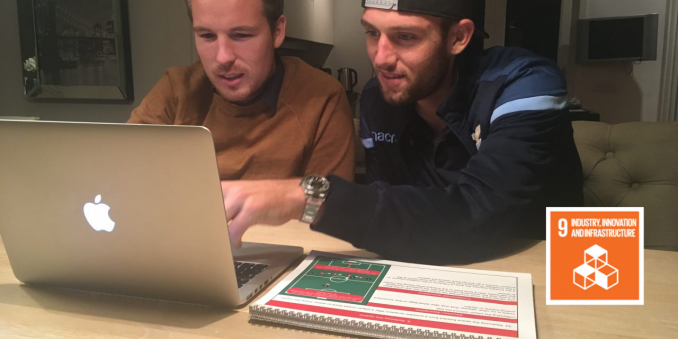 The Football Manager game has been proving for years already that professional football and software simulations are a pretty good match. The database of this realistic manager game has expanded to such an extent that it is used by clubs all over the world for scouting young talent. This start-up replaced the game element with a more extensive scouting option which allows talent scouts to headhunt in a very specific manner, e.g.: a 20 year old left back who is taller than 1.90m and who has a decent freestyle kick.

It’s not the scout that’s at the heart of their latest project, but the player’s career. This detailed data based on video images also provides a treasure trove of information about the game on screen. In any event, Internazionale’s defender Stefan de Vrij is a fan of Tactilyze. The algorithm identifies game patterns and specific situations so that footballers can see at a glance which elements of their game need more practice. If De Vrij makes sure that the Dutch Team keeps the other teams from scoring any goals during the European Championships so they consequently becomes the European Champion, we should honour these Groningers with a huge parade! 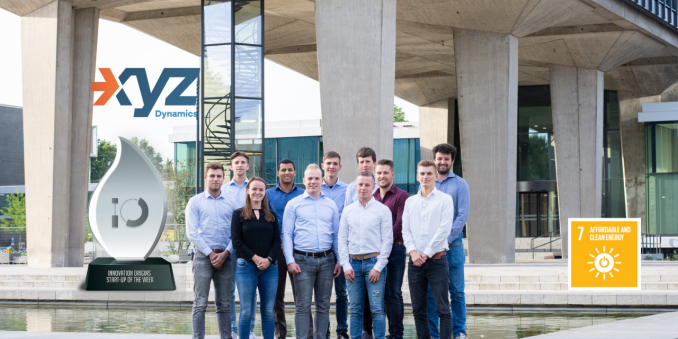 More and more cities are introducing emission-free zones in order to lower exhaust emissions. This is an ever-growing problem for delivery vans. Especially those which have a diesel engine. Do you need to use the company car to drop off a rush order in the center of Utrecht? This isn’t allowed. Fortunately there are a number of clever minds from The Netherlands who have come up with a smart solution for this. What if you could turn the vehicle into a hybrid for a bit? This is what XYZ Dynamics managed to do with a few simple measures.

A car can be equipped with a small battery capable of covering 50 kilometers per full charge. This is ideal for use in built-up areas. XYZ also has software that recognizes when a car is driving through a city. This means it can automatically switch from diesel to hybrid mode. The system, which is lauded for its convenience and affordability, can be installed in all types of vans.

Does this sound interesting to you? Then you will just have to be patient. Because the hybrid package from these engineers won’t be on the market until the end of 2020. The editorial team at Innovation Origins was especially impressed by its simplicity. It sounds almost too good to be true. We were exceptionally unanimous in our decision this week. So you can sense what’s next! XYZ Dynamics can now call itself Start-up of the Week with their smart hybrid kit.

Students compete to really make a difference with their…
The Space Week shows the social importance of space for…
'Making an impact with making chemistry more sustainable is…
Big ambitions for imec.istart.nl, after a year of the…
You shouldn't just ask for a grower, but just give Bart a…
VADO connects vending machines to your favorite delivery…
Manage Cookie Consent
We use cookies to optimize our website and our service. Help us to make our site better by accepting all cookies.
Manage options Manage services Manage vendors Read more about these purposes
View preferences
{title} {title} {title}