We shall consider various issues such as sustainability, developmental phase, practical application, simplicity, originality and to what extent they are in line with the de Sustainable Development Goals  of UNESCO. They will all pass by here and at the end of the week, the Start-Up of the Week will be announced.

When you ask a room full of men if they have problems with their intimate performance in bed, not one will raise their hand. The stereotypical image of a man is that he would rather suppress his personal problems than go to a psychologist or doctor with them. And when it comes to hose-related anxieties, this threshold is even higher.

The men behind Direct Health in Munich have made up their minds; no more need to plan embarrassing conversations with the family doctor, an app can be used to discretely seek help. The issue is diagnosed with the aid of a questionnaire, and treatment or medication is recommended from afar. Although no one will admit that they need the app, the idea behind Direct Health certainly stands up well under scrutiny.

In order to keep the world a little more habitable and to avoid the dreaded Zwolle-on-sea scenario, we need massive amounts of green energy. How nice would it be if we could use a wind farm to power the whole of the Netherlands? Awesome! But unfortunately, this technology is still a long way off. Windmills have a number of disadvantages; they only work when the wind is blowing properly, and storing the generated energy remains a problem.

A team from the University of Groningen developed a type of small hydropower plant that would have to be connected under offshore wind turbines. “It pumps water under low pressure out of an internal reservoir, against the pressure of the ocean. Actually, it’s a kind of balloon that gets inflated,” explained initiator Marijn van Rooij. And in a country like the Netherlands, you can be sure of one thing: the supply of water and wind is endless!

MapCreator: Creating maps on the fly

An informative map can sometimes say more than a thousand -worded article can. Cartography and journalism, however, are two completely different branches on the tree of knowledge. And what’s more, in the financially-squeezed yet dynamic media world, every second counts. Not everyone has the time or know-how needed to create this kind of interactive infographic which combines programming languages, Excel sheets and cartography programs.

Sometimes you do not need to come up with anything new, yet you can drastically reduce the difficulty level of an existing item. What startups like Wix and Squarespace did for website development, the Eindhoven-based MapCreator does for cartography. Programming languages and specific software skills are no longer required; with a data file, anyone can create a high-quality thematic map. Classically trained cartographers and graphic designers reportedly are not at all fond of MapCreator … 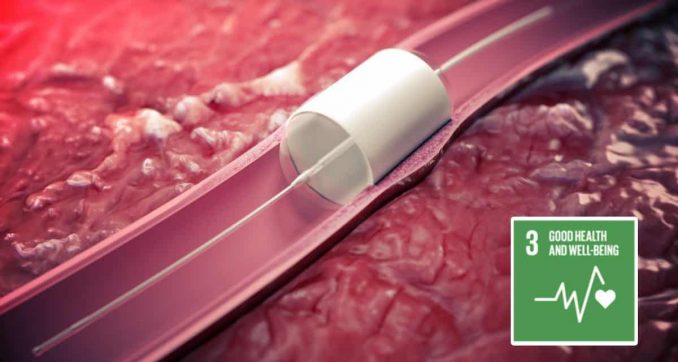 STENTiT: Restoring superpowers to your veins

Often you may never notice how great it is that some things work perfectly just the way should. Your own vascular system is a pretty good example of this. When a vein is clogged, doctors are able to insert a so-called stent. This is kind of straw which keeps your arteries open. The idea behind this is fine, but the material from which the stents are made has its drawbacks. Veins can close up again and recurring operations are necessary to prevent life-threatening situations.

How wonderful it would be if a vein could repair itself without leaving stuff behind in your body. STENTiT is not made out of metal or plastic, but from soluble microfibres, so that’s already one less problem. In addition, this smart tube puts the patient’s immune system to work so that the vein can be kept open without tools. This technology allows the body to heal itself … Is this already available for receding hairlines?

Our start-up of the week will take on perhaps the greatest challenge of the 21st century: clean drinking water. People can survive for about a month without food, a week without sleep, but not even one day without water. And we need this because by the year 2100, there will be an estimated nine billion people living on our planet. As a result of better living conditions and less poverty, a very substantial population growth is already discernible, especially in the former Third World countries.

Since the 1990s, nanotechnology has been conquering the world, and now it is impossible to imagine the (bio)technological sciences, electronics sector, healthcare and food industry without these microscopically tiny innovations. As far as the start-up Innovacarbon is concerned, the next nano-revolution will take place in water purification. These Italians developed tiny carbon tubes which absorb contaminants, making the purification of water cheaper and more efficient. The possibilities are endless according to the makers. And you can tell yourself: is there anyone at all who is anti-water or against a lower sewage tax?