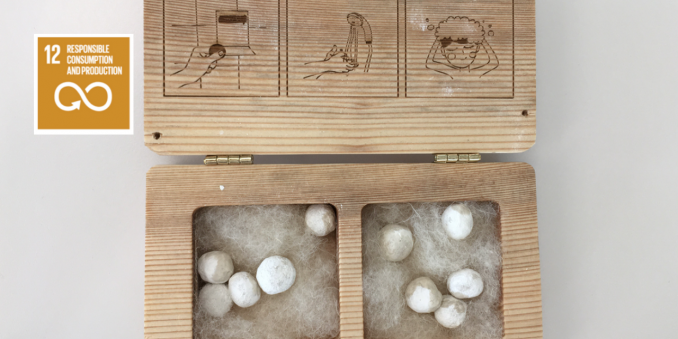 When it comes to foaming bath bombs, you tend to think of having a bath with them just on special occasions and not on a daily basis. Yet in Slovenia they want to change all that. Why you may ask? Because it reduces the use of plastics. The bottles in which shampoo and other cosmetics are usually packed are not very environmentally friendly, so that’s why OneTwoThreeZero came up with a kind of soft shampoo marble.

Once it comes into contact with warm water, the gummy-like substance immediately turns into ready-to-use soap. Which makes plastic bottles redundant. But it did prove to be a bit of a puzzle when it came to designing the casing. It had to be strong enough for holding the contents and at the same time be soluble in warm water as well. The founders are currently only supplying certain businesses with their product. Nevertheless, they also have ambitious plans to conquer the consumer market. 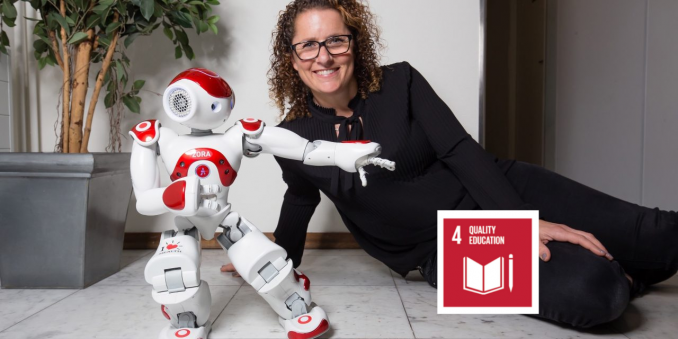 In the coming decades, robots will slowly but surely take over more and more tasks that are still being done by human hands. Does your work – just like mine – consist of sitting at a desk behind a computer? This might eventually be automated over time too. Yet robots are already capable of doing an ever-increasing number of other tasks.

The Dutch start-up RobotWise has designed a social and educational robot which educates children and adults in a playful way. The robot provides teaching packages for all primary school groups with a contemporary twist. Programming, for example, still isn’t a part of the outdated educational curriculum. At the moment they’re working on programs for secondary and vocational schools. So, are robots just for techies, and is learning these kind of new things boring? Absolutely not! 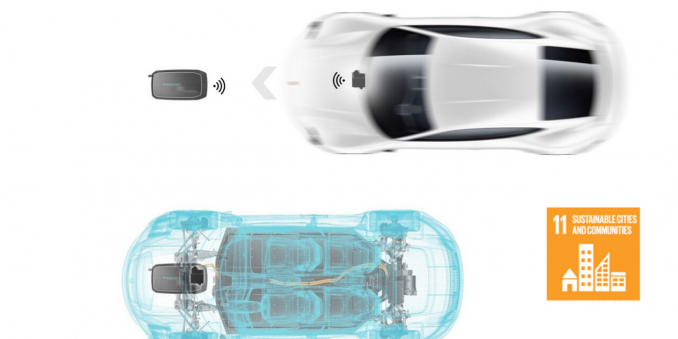 A lot of things that used to require a cable are wireless nowadays. We probably have a completely cordless future ahead of us. Although we are still a long way away from that. Wireless electricity, for example, sounds fantastic on paper but is still not quite feasible. Yet even where this is concerned, more is becoming possible bit by bit. Take, for example, charging mats for mobile phones. The Austrian start-up Volterio has developed something similar to this for electric cars.

The secret is found in the floor of the charging area where the charging system is located. When an electric car is parked on top of this, the charging module makes contact with the car’s battery, supplying it with a fresh supply of power capacity. The ultimate goal is to develop a universal standard for the entire automobile industry. And this is already proceeding reasonably well. Volterio itself hasn’t actually needed to approach anyone for this. No less than 10 car manufacturers were eager to join forces with the Austrians. 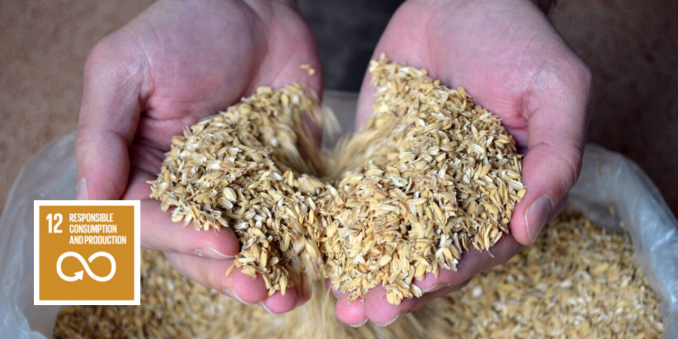 No, this isn’t a fairy tale. Apparently, it’s the genuine article. Italian start-up RiceHouse is doing exactly what you’d expect when you read that name. They can build houses from the ground up using waste from rice farmers. This could be a godsend, especially in developing countries. At the moment, agricultural waste is still being incinerated on a grand scale. A real shame. Because you can also build things with it.

All that this requires is a mindset capable of looking at waste in a completely different way. One man’s trash is another man’s metaphorical treasure. The by-products of rice farming are not only useful for architecture, but they could also be used in fashion, design and retail. That’s according to the RiceHouse team. So how do they fare in terms of sustainability? Better than brick and concrete. Just for fun, see if you can find out the amount of carbon emissions this causes. 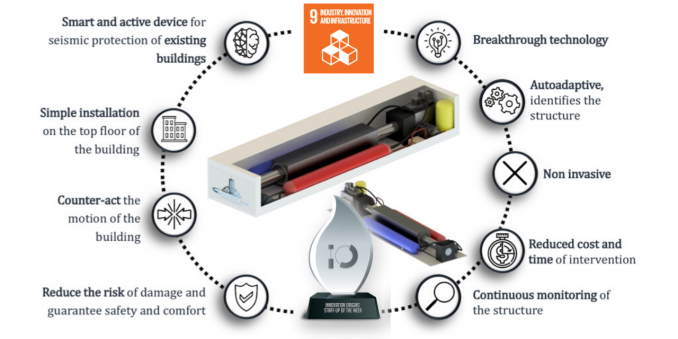 Earthquakes are the order of the day in some parts of the world. They are hard to predict and can cause a serious amount of misery. Given that prevention is not an option here, damage should be kept to a minimum. How? By installing the autoadaptive ISAAC system on buildings. This device works fully automatically and, in the event of an earthquake, produces a kind of anti-vibration that makes buildings shake less hard when the ground experiences tremors.

Thanks to a database based on AI, big data and algorithms, ISAAC is able to assess how to deal with a quake for each separate building. Although buildings in earthquake zones can take a beating, there is currently no comparable universal and autonomous solution to this problem. However, the need for such a solution is enormous. Earthquakes in Italy alone have cost more than €160 billion in damage over the past 50 years. Reducing damage to buildings also reduces the number of casualties.

Does it take a major refurbishment of a building to be able to install ISAAC? Not at all. This anti-earthquake robot can easily be installed on any type of building without incurring high costs. We do believe in this idea. The system brings together simplicity, affordability and modern technology so as to create a product that saves lives and prevents havoc. Praiseworthy? Innovation Origins certainly thinks so. We were unanimous in deciding who our weekly trophy should go to!

The Space Week shows the social importance of space for…
Students compete to really make a difference with their…
Big ambitions for imec.istart.nl, after a year of the…
You shouldn't just ask for a grower, but just give Bart a…
'We're only going to succeed with the knowledge of tomorrow'
Share.eu donates a day of clean drinking water in needy…
Manage Cookie Consent
We use cookies to optimize our website and our service. Help us to make our site better by accepting all cookies.
Manage options Manage services Manage vendors Read more about these purposes
View preferences
{title} {title} {title}