Rick Scholte didn’t follow instructions on the first day of an internship for his Master’s programme. He had been assigned to a lab which screened consumer products for noise, and his job was to apply active noise-cancelling technology to quieten a robot used in the screening. Instead, he ignored the robot and spent a week redesigning the code driving the sound-screening technology – which was based on acoustic holography. His academic supervisor was intrigued, and Scholte devoted the rest of his Master’s research, and later also his PhD research, to high-resolution sound imaging. He and his team have just celebrated the ten-year anniversary of Sorama, the start-up which houses the technology and services to improve sound design, reduce noise pollution and create better living conditions.

Speaking in the meeting room of Sorama’s serene new glass-encased and high-ceilinged offices in Strijp-T, Scholte says the address change marks a new season. “We have spent the last ten years being really close to customers, to develop our understanding, to display our analytical way of working. We are now in a scaling-up phase, and we have a really clear vision of how we want to run the company – this office space voices that: it is a pleasant working environment, and is open and light.

As Sorama’s pay-off line says, they “Make sound insightful”. The team does so using microphone arrays or sound cameras to visualise, localise and classify sounds. “The kind of images we get from that is comparable to what you get from a thermo-imaging camera, where you can see energy is leaking out of your house, for instance. We can do the same with sound, to see where sound leaks are, or to see where vibrations are crossing a wall, or to determine if components of a product are vibrating too much. From that information, we can gain insight and understanding of not only where, but how we can potentially improve the sound.”

The basis of the array technology, which is the use of multiple microphones or sensors simultaneously to localise sounds, was developed in the 1940s and was first used in the military to detect submarines. “So, in that sense, it is not unique or new”, Scholte says. “What makes us unique is the powerful algorithms and technology that we have developed. Although there are competitors who use microphone arrays, we are the only ones who can work at this level of detail – at this acoustic resolution”.

The other unique aspect of Sorama’s service is that it makes its technology available at low cost. “We are democratising the technology. Any engineering or consulting bureau, or engineering department, is able to learn this and utilise it to make something happen”.

Meanwhile, the Sorama team makes things happen regularly for its clients. One of the highlights that Scholte cites is a project for Remeha Central Heating Systems; a few weeks before production started on a new model, they were able to make it eight decibels quieter. “That central heating system is in many households, and is much quieter than before we worked on it. That is an example of the high impact that we can have on people. That is what makes us tick here.”

Sorama’s technology is applied to small sounds in confined spaces, as well as larger sounds in bigger spaces – the latter in the case of smart-city solutions. In open city spaces, including built urban areas and busy road intersections, sound cameras can be used to gather insights and solve problems. “We can use mics for security, road safety, recognising if a traffic accident has occurred, detecting if too much noise is coming from a location, or identifying aggression in a public area. Instead of just monitoring if there is a problem, we can show where the problem originates and can help in organising to reduce its occurrence.” This application is being integrated with other smart-city applications, in Europe and Asia — without violating privacy: “The system can work on its own, without human monitoring and without making recordings.

Staying on the edge of possibility

In addition to its smart-city applications and the maintenance and predictive maintenance solutions for clients, Sorama offers consulting services which keeps it active in the sphere of R&D. “This aspect of our work really is a niche market and keeps you on the edge of possibility. We set up new PhD research with the Eindhoven University of Technology and we work with Stanford University on a very high level; this enables us to get interesting things out, which we can use to strengthen our applications in smart city and maintenance. This is a very nice balance to our work portfolio.”

Scholte says Sorama currently has five vacancies, and is likely to have ten new hires by the end of 2019, which would make them a team of thirty. Yet, he has no ambition to grow for the sake of growth. “We see the applications that we are filling in, and the markets in which we work, requiring us to grow”.

He sees little benefit in constructing long-term strategies for the company, believing that the rapid pace of technological advancement demands leanness and flexibility. “Our surroundings and technology are moving and changing in such a fast way, that it is not really healthy for a company to look more than three years ahead. You have to stay flexible and agile in responding to what you see happening.”

Scholte nevertheless maintains a clear vision for the long term, describing himself as a builder, who would be happy still to be doing what he is doing thirty years from now. “My drive is to have an impact. If it is possible to have impact on one thing over your lifetime – why not?” 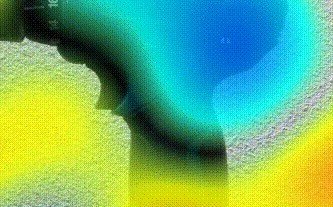 See your sound at the GLOW festival
4Silence gives noise a twist and you barely hear it anymore
Academic heart, commercial head
Dutch internship App connects your company to new interns
A muffler that suppresses low frequencies: indispensable for…
This is how innovation works: 'It's a matter of combining…
Manage Cookie Consent
We use cookies to optimize our website and our service. Help us to make our site better by accepting all cookies.
Manage options Manage services Manage vendors Read more about these purposes
View preferences
{title} {title} {title}