It’s almost time to find out this year’s Top 10 Startups to Watch. e52 will announce them on 9 July, but today we’re revisiting last year’s list. One of the promising start-ups was Sorama. Maybe you can remember the company that could map image with sound – something very useful for detecting noise.

How is Sorama doing a year on? e52 meets Director Rick Scholte on the car parking deck in Strijp-S. 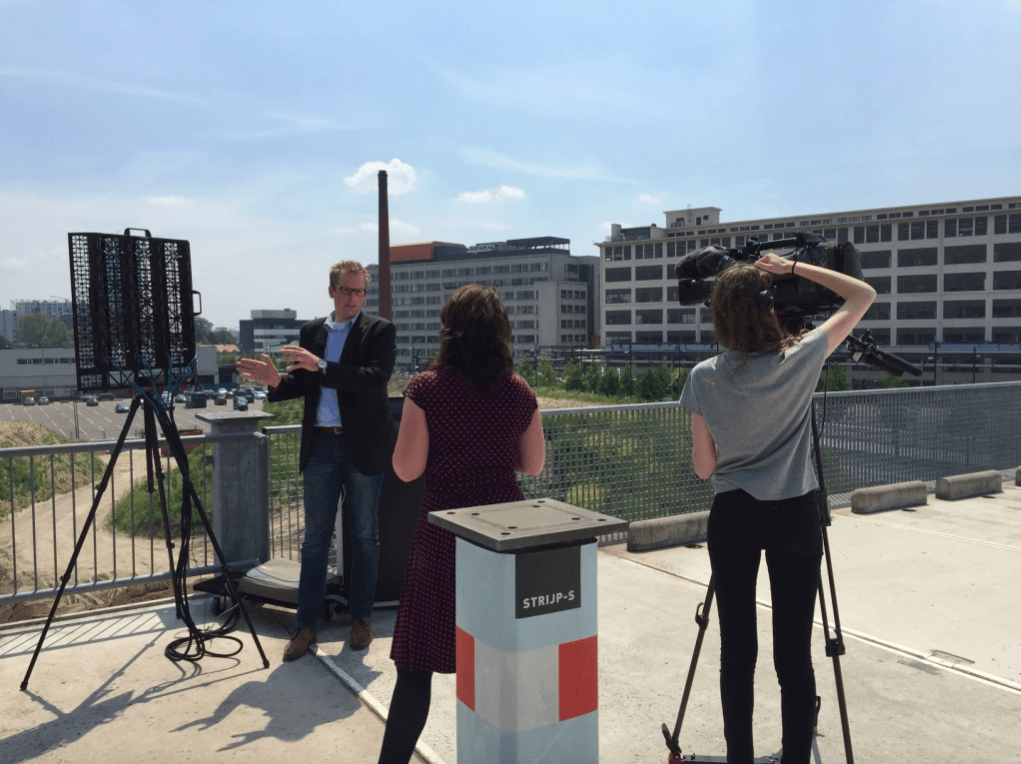 Scholte points to the Sorama office from the car park. The team of fourteen work on the top floor of the Videolab building on the Torenallee. So it’s going well? “Yes, last year we invested a lot of time into finding customers abroad.” He gives Singapore, Belgium and Germany as examples. Ventac, a company that makes quieter lift trucks and buses in Ireland, is also an important client.

But the Sorama cameras are certainly good for local use, such as for detecting the noise pollution along the train track. It’s a current problem for parts of the city. During the work on the Betuweroute over the upcoming months, more heavy freight trains will be diverted through Eindhoven. Scholte believes that his technology can help. “With the 1024 tiny microphones on our sound camera, you can quickly see exactly where the noise pollution is coming from, such as from worn-out train brakes.” So you can see which parts need to be replaced. But Scholte would prefer manufacturers to use the camera at an early stage, as part of the product development.

How exactly does it work? Scholte and his colleagues have brought recording devices with them and demonstrate how the camera ‘sees’ sound along the track by Strijp-S.

How did the idea come about to actually use the Sorama camera to show the noise pollution from the train track? “Uhhhh…” Scholte and his colleague Floris Driessen smile at one another. Driessen: “I think we were just testing our equipment in the office one time and we got a really red image on the piece of track across the way where a train had just passed.” Some of the best ideas come out of nowhere.

With thanks to Studio040 for the video recordings.