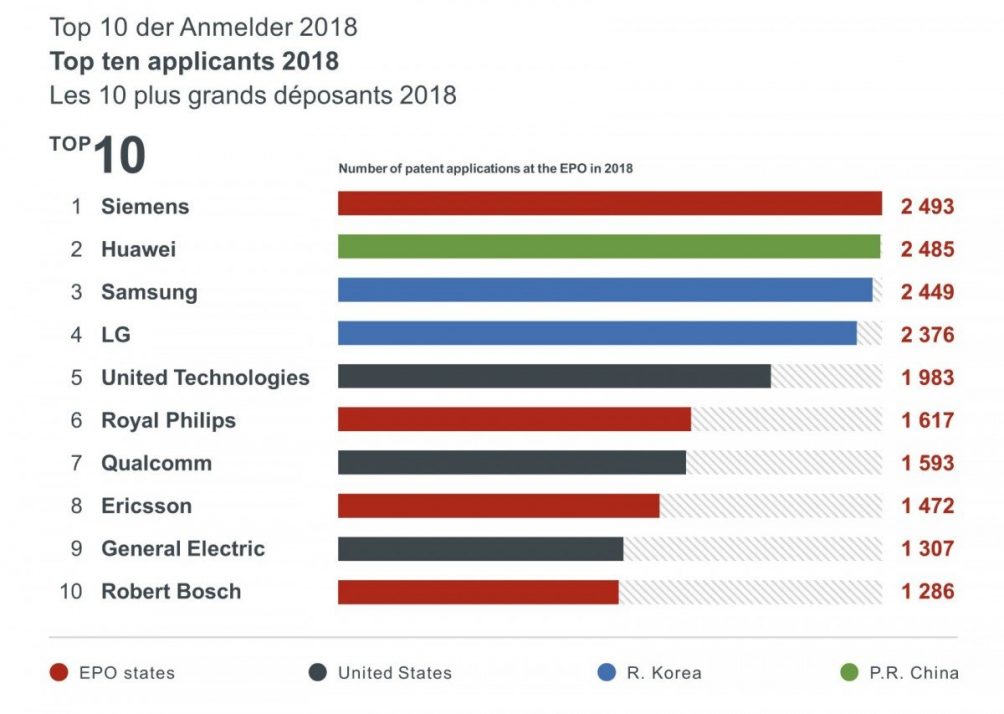 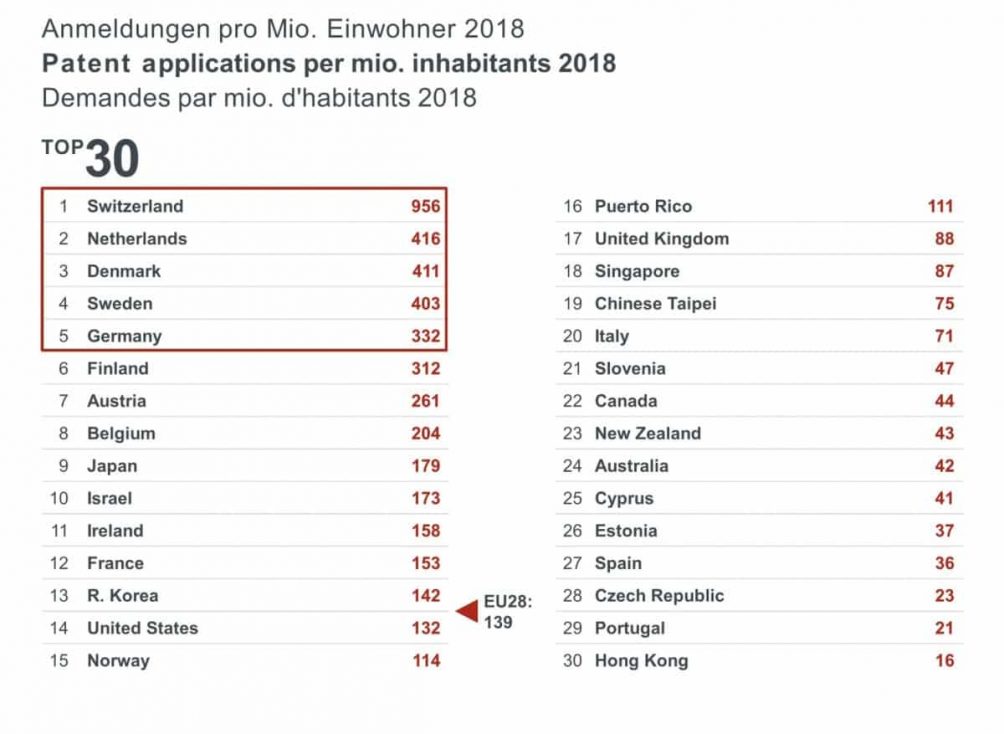 Overall, the European Patent Office received 174 317 European patent applications in 2018, an increase of 4.6% compared to 2017. Applications by China rose by 8.8%, their lowest rate in the past five years. The US remained the top country of origin, accounting for 25% of total applications, followed by Germany, Japan, France, and China 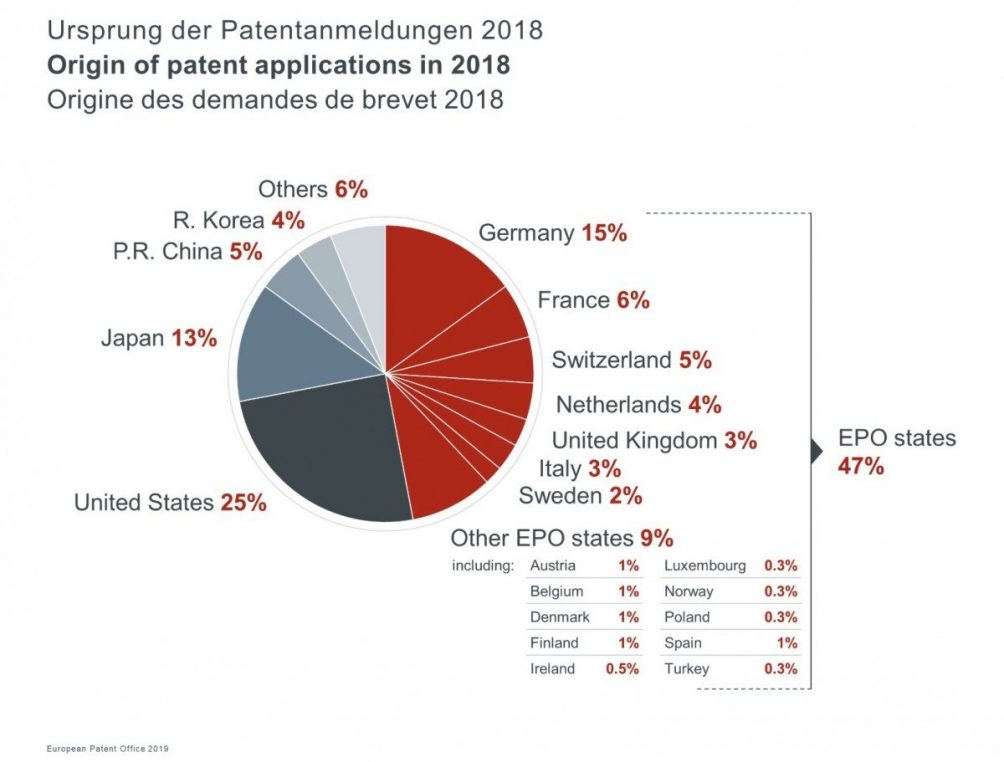 “The Netherlands ranks very highly in terms of patent applications per capita, making it one of the most innovative places in the world. The country sets an example by showing that investing in research and development secures our future because patented technologies increase competitiveness and are the foundation for jobs, income, and economic growth, as a study clearly demonstrates,” said EPO President António Campinos. 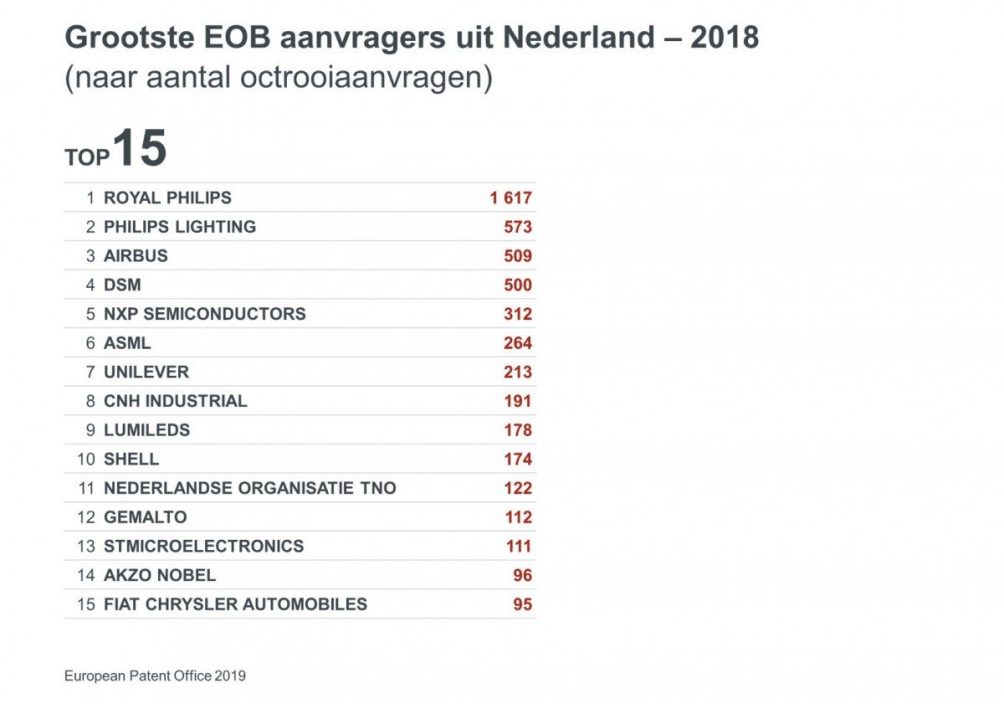 Within the ten most important technology fields at the EPO, Royal Philips was the No. 2 in medical technology, behind Johnson & Johnson, as well as No. 2 in measurement, following Siemens and ahead of Robert Bosch, and the No. 8 in computer technology. Philips Lighting was the No. 3 in ‘electrical machinery, apparatus, energy’, and DSM was the No. 2 in biotechnology after Hoffmann-La Roche. 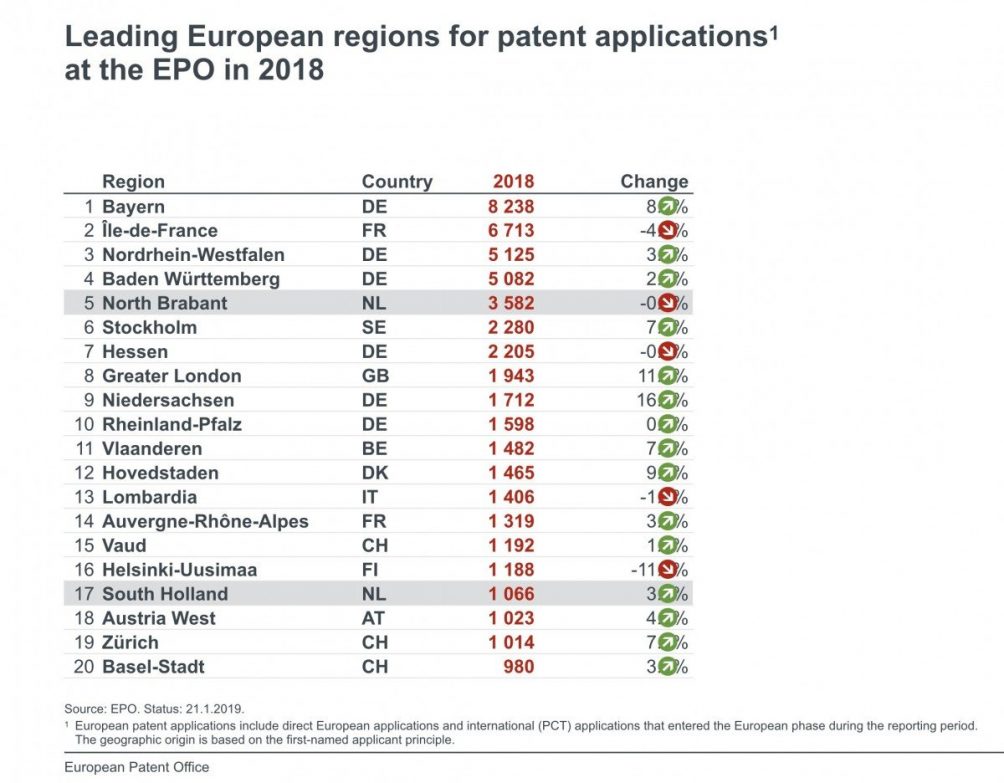 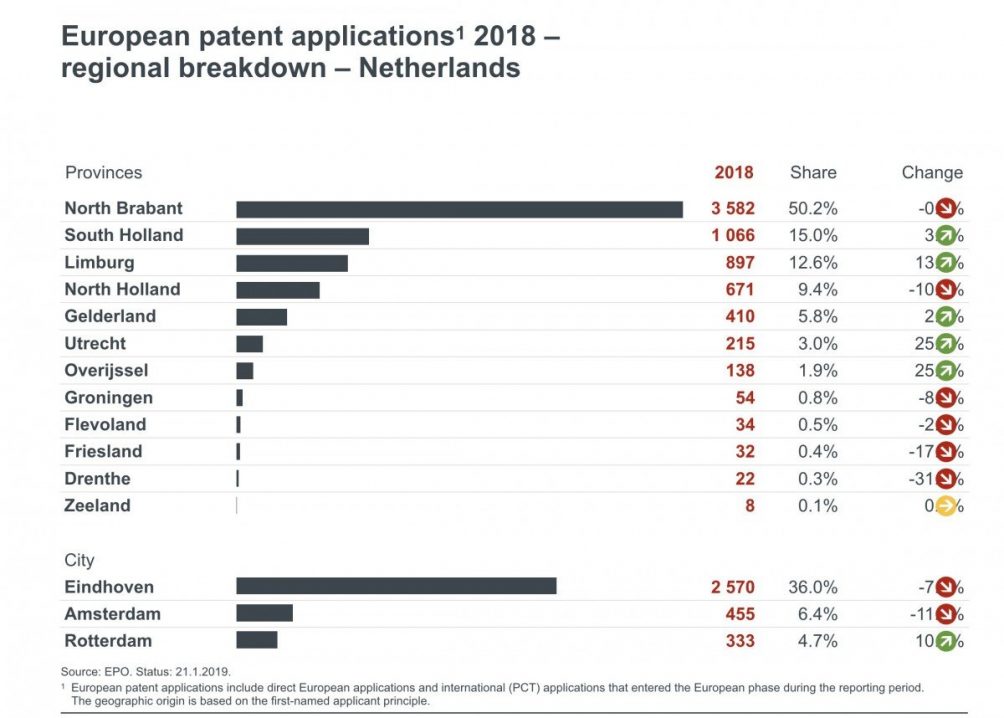 Overall, medical technology remains the technical field in which the most patent applications are filed at the EPO (up 5% in 2018), once again followed by digital communication and computer technology. The strongest growth among the top ten fields was recorded in life sciences, with pharmaceuticals and biotechnology combined growing by 13%.

'Innovation has remained robust in Europe'
Intercultural Dialogues between Dutch and Chinese…
China 2022: Business under Dynamic Covid-zero Policy
SMEs in Europe are lagging behind in the development of…
Europe leading region of innovation in plastic recycling and…
Choosing a stance? Interpreting the geopolitical challenge…