“Compare it to a kind of chicken breast you get, that has to be your new breast”, tells Monica Schlösser, she started Shap3D Up together with Sjef van der Horst. The startup creates 3D printed breast prostheses that are tailored to the body. According to them, the prostheses that are being made right now are not. The chicken breast Schlösser talks about is an external silicone breast prosthesis as an alternative for women who have to miss their own breast after an amputation. According to her, the approach now is a standard size for everyone. “Nonsense of course, because no breast or scar is the same. How is it possible that with all the technical possibilities women have so little to choose from?”

“Nowadays, missing a body part no longer has to hinder you in your daily life. So why should that be the case with breast prostheses?” Monica Schlösser, Shap3D Up

Schlösser: “Not one woman is the same. By scanning the breasts or the remaining breast beforehand, a woman gets something back that matches her body”, says Schlösser. In Geleen on the Brightlands Chemelot Campus, the startup is looking for the best material for these 3D printed prostheses. They can’t say exactly which material they’re going to use. “Tricks of the trade”, laughs Sjef van der Horst. “But it should feel like a real breast, not hard like a stone if someone accidentally bumps into it.” In a few months, the company wants to launch small runs on the market. 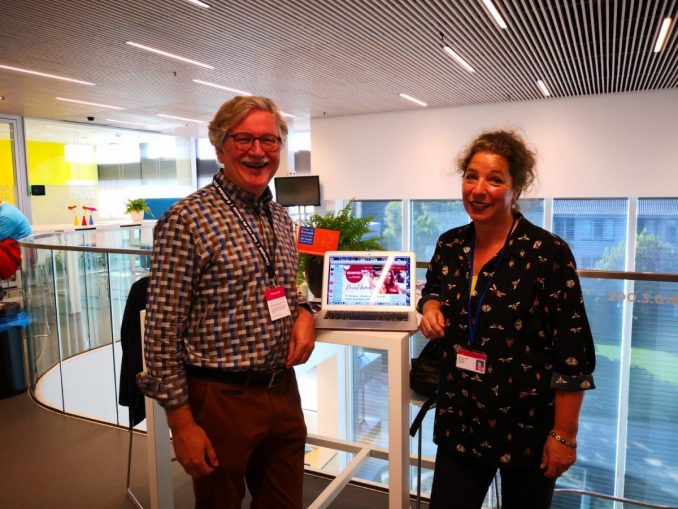 “I am very happy when I see what is possible with the current technology, especially in the medical field. Foot prostheses where the ankle joint turns like a real joint, leg prostheses that allow athletes to play sports. Nowadays missing a body part doesn’t have to hinder you in your daily life anymore. Why should that be the case with breast prostheses?” Schlösser explains her surprise.

The current prostheses are made of silicone. No fine material on the skin, Schlösser knows. “The prostheses become very hot, which causes you to sweat or they get sticky in warm weather, which causes skin irritations for many women. They also don’t stay in place very well and are heavy, which results in bra straps cutting into the skin. The current models are just not comfortable.”

Besides offering women a more comfortable model, the founders of Shap3D Up want to make having a prosthesis more discussible. Schlösser found out that this is still a sensitive subject when she was diagnosed with a preliminary stage of breast cancer: “The examinations, the waiting. It is a very exciting period. Fortunately, it could be solved in a breast-saving way for me. But I did encounter many other women who were not so lucky. They have to miss a familiar part of their body and that is very important for their new self-image, most women will not tell everyone that they are wearing a prosthesis. It makes them insecure. I want to make sure that they can go out into the world with self-confidence again.”

“We both have a healthy twist in the brain, we want to change the current industry.” Sjef van der Horst, Shap3D Up

It started for her at the ‘Versnellingstafels‘ in Roermond: “I was convinced that I had a good idea and wanted to make a company out of it. Because I don’t have a technical background, I looked for people who could help me with that.” Van Der Horst complements her: “And then I came, 3D printing has always fascinated me and I do have a technical background. We both have a healthy twist of the brain and want to change the current industry.”

Together they take on the adventure, determined to bring an alternative for women on the market. They are part of the incubator program of the Brightlands Innovation Factory. Currently, they work together with Chemelot Innovation Learning Labs (CHILL) where they work with students and researchers to find the right material for the prostheses. Van der Horst: “We are now doing all kinds of tests. Which material can be printed well? How does it feel? Is it comfortable for women? Printing is done in layers, so you are looking for a combination of materials that are firm but also soft, just like real breasts.” 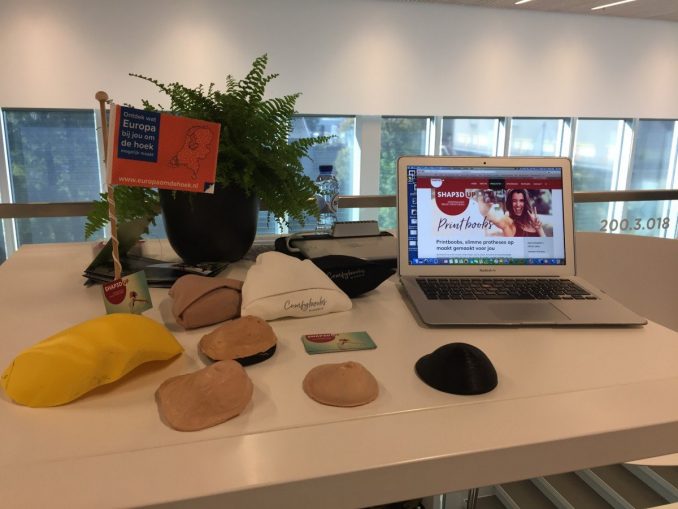 The measurement of a breast prosthesis is now done in special lingerie stores, it is considered a medical device. But according to Schlösser, it would be better if the prostheses were seen as a cosmetic device that women can buy freely. Schlösser: “The period of medical treatment is over, females want to continue with their lives. It would be nice if they could decide for themselves when and how they want to order their new prosthesis. We are therefore working on an app where women can scan their breasts in their own environment.”

Schlösser starts thinking aloud about different types of prostheses: one with a tattoo, one without straps for under a strapless dress or a swimming prosthesis. “It would be nice if in a few years time women would no longer be dependent on just one prosthesis, but would be able to choose between four or five different ones. I want to take care of that.”

Fe+Male Tech Heroes inspire people to shape their future
Academic heart, commercial head
Combatting poverty and debt with the help of Artificial…
In Amsterdam New-West energy cooperatives are responsible…
'I hear too often that women have to be harder, more…
China 2022: Business under Dynamic Covid-zero Policy
Manage Cookie Consent
We use cookies to optimize our website and our service. Help us to make our site better by accepting all cookies.
Manage options Manage services Manage vendors Read more about these purposes
View preferences
{title} {title} {title}