This May, the Formula 1 cars will race the Zandvoort circuit for the first time since 1985. Many Dutch people wonder if Max Verstappen could follow in the footsteps of the last winner, Niki Lauda. Never before has a Dutchman won at Zandvoort. On the other hand, there are also a lot of people who find it weird that in times when it is hardly possible to build because of restrictions caused by nitrogen emissions, roaring cars pop through a nature reserve at the same time.

One thing is certain, almost everyone agrees – including the drivers themselves – that the future lies somewhere else, namely with the electric Formula E. Eindhoven can and wants to lead the way, reports Brabant Sport in a press release today. It might even become a night race, one of the initiators says.

Brabant Sport has commissioned the Mulier Instituut to carry out a study into the feasibility of a street race in Eindhoven, and the initial findings are quite positive, the initiators say.

From an economic point of view, this could be a major boost for the Brainport Eindhoven region. According to the Mulier Institute, the estimated additional direct expenditure of visitors and the event organization could amount to 20 million euros per E-Prix. Moreover, international media attention is guaranteed with an estimated additional value of eight to twelve million euros. 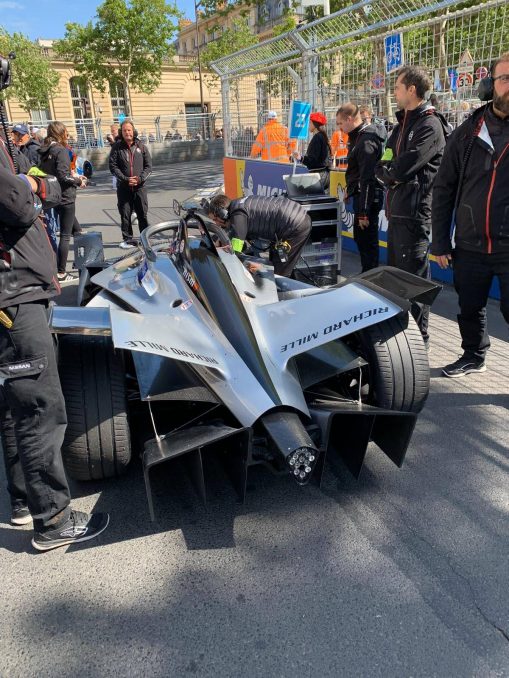 The original idea for organizing Formula E-races in Eindhoven comes from Formula-Eindhoven (official organizing foundation Dutch E-Prix Eindhoven). This organisation sees itself strengthened by the research to further elaborate the idea and put it into action. The first race could already be held next year or the year after. If so, that would be the first time that a Formula E race would take place in the Netherlands.

A number of important players still need to be persuaded to take part, such as the city council and the business community in and around Brainport Eindhoven. Michel Reinders, director of Brabant Sport, is optimistic about the chances of success: “In terms of impact, this event could be by far the biggest sports event we have ever experienced in Brabant. Also because it would be a city race, right across the city of Eindhoven. Events with international allure contribute to pleasant living, working and living climate.”

One of the initiators behind the effort is businessman Peter-Paul Laumans. He takes up an idea that was already considered in the past as an option for E-Prix, he tells e-formel.de: “Eindhoven is known in the Netherlands as the city of lights, so we wanted to come up with something unique and organise the first night race in Formula E.”

China 2022: Business under Dynamic Covid-zero Policy
Sluggish government systems transformed the Netherlands into…
Maastricht has the most heat stress-resistant inner city in…
Corona in Europe - It's been a blast!
Corona in Europe - Why is the Netherlands in lockdown?
Dutch Technology Festival brings top of Gaming & Esports to…
Manage Cookie Consent
We use cookies to optimize our website and our service. Help us to make our site better by accepting all cookies.
Manage options Manage services Manage vendors Read more about these purposes
View preferences
{title} {title} {title}