For a Cursor Special about the explorer, Monique van de Ven and Tom Jeltes interviewed eight pioneers of the Eindhoven University of Technology. Today: Lex Hoefsloot, CEO of LightYear. He aims to produce the first commercial car powered by solar energy. Pictures by Bart van Overbeeke.

As co-founder and team manager of the first Solar Team Eindhoven Lex Hoefsloot (26) was in on the ground floor of three generations of Eindhoven’s solar cars, and their successes. After an adventure with Blue Jay, which is developing a drone for use in care situations, he and four other former members of the Solar Team launched the startup Lightyear. Their aim: to produce the first commercial car powered by solar energy.

What question would you like to be asked?
“Why hasn’t that car been produced yet? There’s an urgent need for a commercial solar vehicle, and I am constantly being reminded of that. In 2030 the carbon emissions of electric cars in China are expected to be no different from those of small petrol cars – simply because the necessary electricity will come largely from coal-based generation. The solution to that is a car powered by solar energy. But that’s a complex matter: to build a car you have to cooperate with at least a hundred parties, and that takes time. And getting a good team together takes longer than I imagined. Many people think either that it’s still not possible, or that they personally can’t do it.”

What led you to become a pioneer?
“That’s a difficult one. I don’t see myself as a business entrepreneur; money has never motivated me, nor the rest of the team. It all started when my friend Roy Cobbenhagen and I didn’t want to start a Master’s straight after finishing our Bachelor’s. As student assistants, we had been working on the new Automotive degree program, and that led us to discover that around here all the ingredients were present to build a solar car. Why were they doing that in Delft and Twente but not here in Eindhoven? But then there’s the money. You have to rustle up nearly a million euros. And you have to build the car yourself. Were we capable of that, as two lowly Bachelor’s students? We decided that together we could indeed do that. Why not?”

What is it about your personality that makes you a pioneer?
“Perhaps it’s that I am always looking for the why of things. And then I ask myself: why can’t it be done differently? It’s only once you have totally grasped something that you start to realize where you can make different choices. But first and foremost I feel that I am part of a team of pioneers. That is essential. One guy says something off-the-wall, someone else says something off-the-wall, and together that results in something that works, like a family car powered by solar energy. Everything interests me, from public relations to software, electronics, and mechanics. Maybe that’s why I’m good at connecting things. And, of course, you need faith. Both in your own abilities, and in the people around you.”

How do you relax?
“Now and then I meditate, but actually far too rarely. I came across meditation last summer during a CEO course run by Singularity University in Silicon Valley. It helps you to zoom out for a moment, so that you see the big picture again. I also like to skate and cycle, and I run. If I cycle for two hours, for the first hour my head is completely full of things from during the week, but in the second hour I unwind and feel free.”

What will it take for you to say that your life has been a success?
“I am inclined never to be satisfied, but that is a dangerous way to be. A lot of people, especially entrepreneurs, have a very one-dimensional idea of success: more employees, more profit. After a while, I’d rather go and do something else; to reinvent myself. Of course, I would like to do something to help combat climate change, hopefully, I’ll manage that with Lightyear. The tide has to turn by about 2030, after that it will no longer be possible. Either way, I think that by that time I’ll be looking for another global problem.”

This interview was published in Cursor’s ‘Explorer’-special. 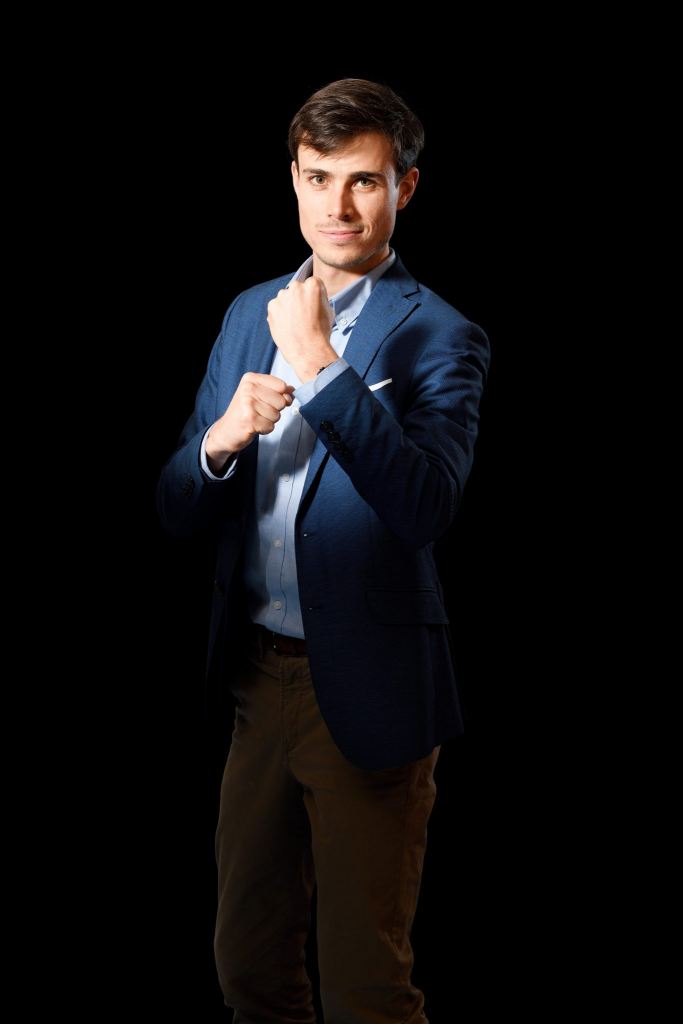