Young chemistry companies take part in the Gouden KIEM competition organised by the research organisation NWO and Holland Chemistry. The winner will receive 25.000 euro prize money. This year all three finalists of the competition come from the Eindhoven University of Technology. The start-ups that have been selected to pitch their plans in front of the Gouden KIEM jury are Sponsh, Vertoro and Lusoco.

Lourens Boot wants to give people all over the world access to water. He wants to do this in an affordable and energy efficient way and he also wants to help prevent deforestation. “Using technology to lend a hand to nature”, he says from Lisbon, IO called him. Boot tells about how he, together with TU/e researcher Dr Catarina Esteves, started Sponsh over a year ago and which mission he has. 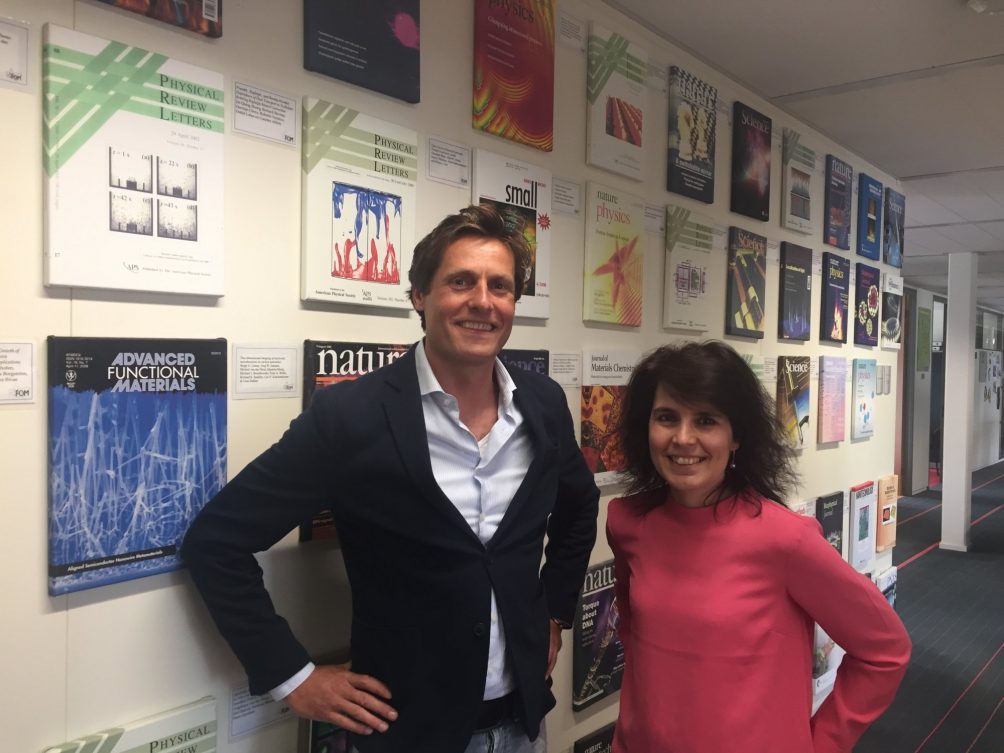 Via Google, looking for ways to get water out of the air, he came across Esteves’ name. That was last summer. Together with his girlfriend and their, at that time one-year-old, son, he spent several months with a camper in Spain and Portugal. “It was very dry that summer. The reservoirs were empty, and trucks drove from north to south to bring water. Yet every morning the stuff we had left outside, was soaking wet from the dew.” He remembered a story about the Namibian desert beetle, from the book by Gunter Pauli, The Blue Economy, and thought: it would be nice to do something with that. The book describes innovations based on nature. “There is so much water in the air, twelve times as much as all the rivers put together. It is an inexhaustible source of water because it fills up again and again.”

There was not much to be found on the internet except for the research of Catarina Esteves. For eight years now she has been working on the material that absorbs moisture at night and releases it during the day at a certain temperature.

Read more about the technical side of the material here.

Esteves wrote several papers and received a lot of media attention for them, Boot explains. “She was proud of this invention and was often asked whether the material was already available. She wanted to scale up. But she also loves her research work very much.” Boot suggested to do it together. She has the role of scientific advisor, Boot the business side. This was the birth of the start-up Sponsh. Now they are over a year further, Esteves works half a day to a day a week for Sponsh, via the TU/e, Boot fulltime. Together they wrote to funds and a collaboration has been set up with the German DITF.de, comparable to the Dutch Organization for Applied Scientific Research, TNO. Together with this research centre, Esteves and Boot scale up the material. That material is almost ready to be tested with customers, Boot says. “According to the Lean start-up method, we make a minimum workable product as quickly as possible, so we can immediately find out what our customers think of it.” Boot will leave for South Africa in January for these tests. It is winter in Portugal, then. 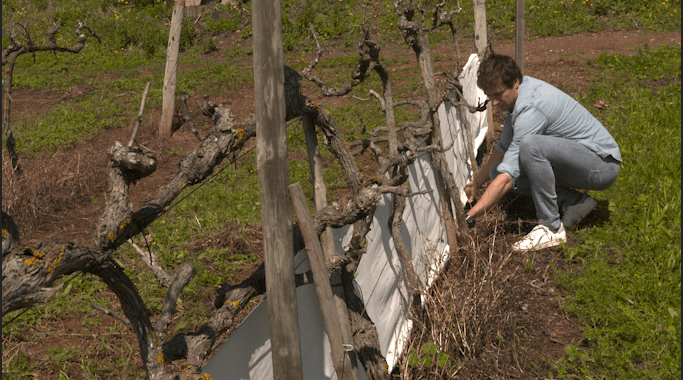 “It’s funny, Catarina is Portuguese and lives in Eindhoven and I’m Dutch and I’m often in Portugal. Close to the customers to get their input and to test the material. We have enough water in the Netherlands”. In the Netherlands, Boot is part of the StartLife incubation program of Wageningen University. They also go to DITF in Denkendorf for consultation. “Catarina is truly a world leader in the field of temperature-sensitive materials. She manages DITF very actively, without her input it would be very difficult for them. While DITF is one of the best research institutes for technical textiles, that is very special to see.”

His love for technology has been there from an early age, “I was always doing crafts, was a fan of MacGyver and went to study at the Delft University of Technology”. The love for Clean Tech came gradually. Boot had a job at Shell until 2014, working with oil and gas. “I wanted to go the sustainable route for some time, and I was almost there. Shell has built the first wind farm in the Netherlands, near IJmuiden together with Nuon. “I almost got to work there, but then the company stopped with the sustainable business branch.” Al Gore’s film, An Inconvenient Truth, gave Boot the last push: “I thought what am I doing? At the time, we were drilling shale gas wells in China.” He quit his comfortable job at Shell and took a sabbatical. “Many people thought I was crazy. Oil and gas were still booming, and the price of oil was high.”

During his sabbatical, he met Boyan Slat of The Ocean Cleanup, at a conference. The Ocean Cleanup wants to rid the oceans of plastic. “I had already seen Boyan’s project once during a TED talk. I liked it very much.” Boot was asked to join. “At that time we were at TU Delft, in a room with a large table. Everything was still at the very beginning.” Boot became head of technology, and with his knowledge as an offshore engineer, he adapted the concept to a mobile system. “I did that for two years. When that was ready to go, it was time for me to look further.” For a few months, he worked as CEO for Seabin Project, an early stage start-up to extract plastic from the water. And then went on to travel with his family in a camper.

“Technology has brought us a lot. If you turned forty-two, a hundred years ago, you were an exception. Medicines came in, life became healthier, there was more food, and there were fewer wars. Largely thanks to technology and clever things people came up with. But nature has become the big loser, with pollution, exhaustion of the earth and extinct animals. The balance is gone. I would like to use technology to help nature. My dream is to use this company to guarantee affordable water for everyone and to make dry areas green.”

The start-up is growing. In Portugal, three interns are working on research into the water market and interviews with customers. “Just now one co-founder joined us. He is also working full-time on this. An experienced entrepreneur who is good on the business side, I will focus on the product part and the people and Catarina does science.”

That Sponsh is nominated for the Golden KIEM Award “is just fantastic”, Boot says. “It shows that it is ‘high-end chemistry’. If we win, we can use that money to continue the research.” Until now, Boot financed Sponsh with its own money, subsidies, grants, and prizes. “Financially it is not interesting yet. But with Catarina’s invention, we can make sure that people in dry areas have access to water and the earth will slowly become greener again. I want to wake up for that every morning and put my savings in it.”

How energy-generating advertising signs are accelerating the…
'Quit your job for one day a week'
New crop of innovative student teams at the TU/e Contest
Move to live: how Move to Be wants to get the country…
Still plenty to learn online about international…
Making smart use of solar and wind energy in your home