A conversation with your running app: “Alexa, can you help me with my training?”

“Yes, I have just received information about your injury. Your heart rate monitor is on, your foot sensor is connected and you have slept well. It looks like you’re fit. You are ambitious and performance-oriented. You have to take your injury into account. I have put together your training. Are you ready to go?”

Is this real or fake? “This example is fake, but it is a reality as well,” says Professor Steven Vos, lecturer ‘Move to be’ at the Fontys University of Applied Sciences. Together with Colette Cuijpers, lecturer in Law and Digital Technology at the Juridische Hogeschool Avans – Fontys, he gave a public lecture on technology in sport: a curse or a blessing? “We don’t answer that question. For me, it’s both a curse and a blessing.”

Vos and Cuijpers discuss the different aspects of technology in sports. Cuijpers: “Sport is actually a separate world. There is layering in who determines the rules, the sports associations have quite a lot of autonomy. The anti-doping law says that there are forbidden methods and forbidden substances. But what really is allowed is determined by the sports associations.”

Using technology to get the best out of yourself is not new. “Tonny de Jong skated on the klapschaats for the first time in 1996″, says Vos, “Gunda Niemann was the fastest at the time and suddenly this girl skated four seconds faster on the five kilometres. World-shattering. Two years later, the whole skating world has this product.”

“The crazy thing is that about ten years later Speedo had developed a fantastic swimsuit”, Vos continues. “It was used for the first time in competition at the beginning of 2009. In one year, 103 world records were broken in swimming. Then came the World Cup in Rome. It had already been decided that the suit would not be used during the Olympic Games. During this World Cup, another 43 world records would be broken. What determines that the klapschaats can and the swimsuit can’t be used?”

Cuijpers: “It’s actually a game: how to get an advantage within the rules to achieve fair sport.” Cuijpers broadens this discussion to include society as a whole. “We are constantly thinking about how we can improve people. How can we restore functions that have broken down or deteriorated? Glasses or hearing aids are fine. But where is the limit if we are going to use technology to make better people? In sport, there are rules to maintain a certain degree of equality. But what would that look like on a more macro level? What does that mean in terms of equality throughout society? How do we qualify someone who, in part, is no longer made up of organic material but of bionic material? In fact, sport is the ultimate vestibule where you can see this happening. The klapschaats is allowed, the swimsuit is not. What will happen next?”

In the example with Alexa, an athlete receives an individual training program that takes into account parameters such as sleep and heart rate and injuries. Vos: “You give each athlete a personal coach, that’s not the most exciting thing. The exciting thing is that you combine medical data with non-medical data. One step further: with artificial intelligence, you can create a learning system that calculates your algorithm from all the data. I think we’re only just exploring the possibilities of artificial intelligence today.”

If this is a threat or a development that we must embrace, Vos wonders. Two years ago, Belgian football club Racing Genk decided to monitor its players 24 hours a day. This was done after disappointing results and decreasing ticket sales. Vos: “A whole debate in the media started immediately. Especially because you don’t know what happens with the data. Players feel threatened. In the battle for profit, every percent counts. The coach thinks: If we want to play better, we have to do everything we can. Does the employer have something more to say about your body if players receive an annual salary of three to five tons per year? Especially if you want to make that body stronger with a gadget?” 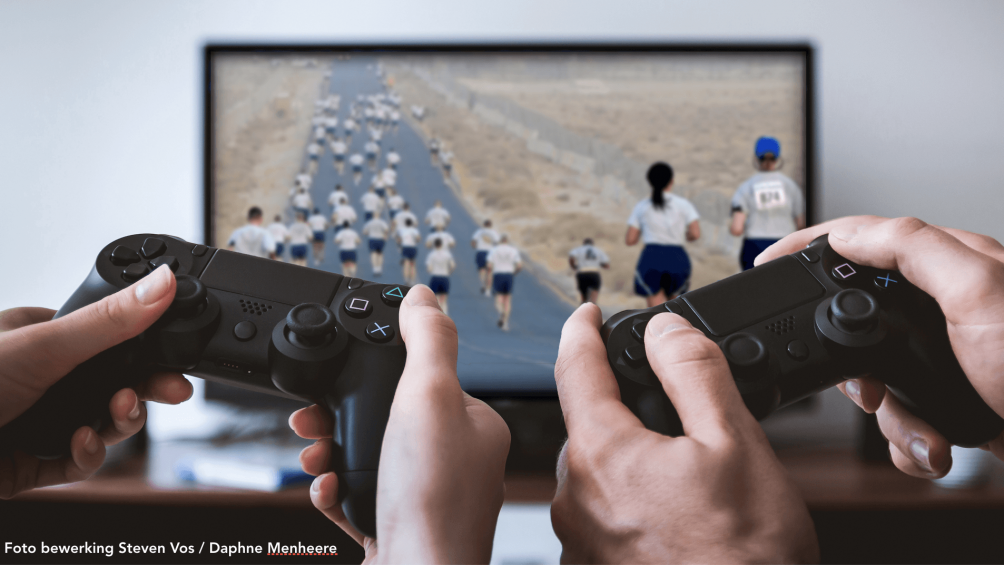 PSV Eindhoven thinks of something similar, Cuijpers says. “From a legal point of view, our students have reflected on whether PSV is allowed to optimise the sports performances of the players. The students asked whether there was a privacy-sensitive aspect to this. The answer was: ‘No, it’s all covered in their employment contract. Our players have given permission for this’. How would you feel if an employment contract was presented at work, in which the choice of whether or not to work there depends on the fact that you want to provide insight into your activities 24/7”?

More than half of the attendees raise their hands when Cuijpers asks who would find that going too far. A former lecturer at Fontys responds: “I think there’s still a difference between working at PSV and working for Fontys. At PSV, my physical condition determines how much I contribute. A day of bad sleep doesn’t mean that I teach badly that day.”

Cuijpers: “From a legal point of view, it is entirely up to the context and the data involved. You have to be able to prove that the collection of data is important for your goal as an employer. If it concerns medical data, permission is required. But how free is consent in an employment relationship? More so if consent to the processing of that data is a prerequisite for maintaining your employment contract in the first place?”

“I’m not saying that the law is good or bad. There is a discrepancy between what the law requires and the cases before us. There is a grey area there. Is it covered if the players have given their consent?”

Closer to home, the same situation applies, where permission is clear. “Who has a wearable, for example, a Fitbit?” Cuijpers asks the audience. Hands go up. “Are you aware of with whom you all share data? Who has checked the general terms and conditions to see who will retrieve your data? Are there any of you who have changed the settings?”

In this case, too, most people’s hands go in the air. “Very good. The new legislation obliges the providers of these types of products to offer you freedom of choice by which you decide which functionalities you turn off and that you share data with other commercial parties. Often you give them as bulk permission. It is useful to adjust your sharing options if you do not want all those subsidiary companies to have access to your data.”

Another story is Strava, an app that connects you to your watch or bike computer and keeps track of your distance, speed and location. You can upload it to a platform and share your cycling or walking performance with others. “Strava can do something that no one else can”, says Vos. “Soldiers on a secret mission run around the camp within the fence, with Strava. This data can be collected and at the beginning of last year, there was a photo showing American and Dutch bases. State secret, but thanks to Strava, visible to the world. A week later, the Dutch ministry of defence organised a workshop to make soldiers aware of the danger of sports apps. That’s all well and good, but why did they never think of it before?”

“Then, at the end of 2018. Steven de Jongh, once a talented sprinter cyclist and now sports director at Trek-Segafredo. He is on tour with his team and is going on a bike ride. There is no sign of life for six hours. His wife, in panic, throws it on Twitter. In Strava there appeared to be a functionality that Strava continues to log without you being active. That man is found again, laying half-unconscious alongside the road – his life could be saved. An app of up to four euros a month that saves a life versus the app that threatens the interests of the state.”

Move to live: how Move to Be wants to get the country…
From 100-day projects to long-term studies: Fontys ICT…
The Digital Shiftings in Sino-Dutch Business Communication
The circular transition needs input from technicians,…
China 2022: Business under Dynamic Covid-zero Policy
Choosing a stance? Interpreting the geopolitical challenge…
Manage Cookie Consent
We use cookies to optimize our website and our service. Help us to make our site better by accepting all cookies.
Manage options Manage services Manage vendors Read more about these purposes
View preferences
{title} {title} {title}