There is no doubt that the plans for The Dutch Mountains are iconic. But whether it is all as feasible as the initiators claim it to be, that needs to be thoroughly investigated first, one of the spokespersons of the municipality of Eindhoven says in a reaction to the plans. Eindhoven says it is supported in this vision by the other municipalities of the Eindhoven Urban Area – which includes Veldhoven, the municipality that recently signed a letter of intent with the initiators.

The Dutch Mountains is a project of Studio Marco Vermeulen, BLOC and Urban XChange. The development partner is Strukton Worksphere. Co-developers and operating partners are Asito, Beveco, Dell-EMC, HEYDAY and SPIE Netherlands. Arup and Off Road Innovations are the knowledge partners. The immense wooden building must create a multifunctional environment with a mix of users, functions and activities: an interactive working environment for technology companies (offices and workspaces), a residential environment for knowledge workers (hotel and short stay apartments) and a meeting place (conference rooms, auditorium, catering establishments and an internal park).

Eindhoven points out that the “Regional Programming Agreements for Offices” require that a decision on the construction of a megaproject like this must be taken unanimously by the regional administrators of the Eindhoven Urban Area. According to the municipality, three main questions are important in this respect:

1) What are the consequences of the proposed programme (offices, hotel, short stay housing, etc.) on other initiatives in the region (such as Strijp-T, High Tech Campus Eindhoven, Flight Forum, etc.)?
2) How can The Dutch Mountains make a positive contribution to the further development of surrounding business locations such as the Run and the Hurk?
3) What is the exact concept of The Dutch Mountains and how will it be secured in a sustainable manner?

“On the basis of the answers to these questions, the regional administrators must make a unanimous decision as to whether or not the location should be set ‘from orange to green’ or whether it can be used for a different functional use of space. According to the municipality, good market substantiation is also necessary in order to comply with the so-called ‘Ladder for Sustainable Urbanization‘.

In addition, there are concerns about traffic flows on this section of De Run, “especially as public transport accessibility here is poor”, says the spokesman. “There is already a traffic jam during rush hours on the part of the Kempenbaan where the access to The Dutch Mountains is planned; in the interest of the companies already established there, with ASML and Maxima Medisch Centrum at the forefront, we believe that there must be a prospect of an improvement in the traffic situation before we add new traffic-absorbing activities here.”

Veldhoven has previously indicated that it was enthusiastic about the plans. The municipality in which the building is to be built sees the arrival of Dutch Mountains not only as an opportunity to boost the Run and the Hurk and to tackle the traffic problems around the Kempenbaan, according to alderman Ad van den Oever (economy) the project is an outcome for the entire Brainport region. “It implements exactly what Brainport stands for.” Van den Oever sees The Dutch Mountains as a welcome addition to the existing and future positions within Brainport and not as a competitor of them, he told E52 last month. “Of course I also know that the financing has to be completed before we can take further steps, but I trust that it will be built in Veldhoven around 2020.”

Eindhoven is more cautious for the time being. “We eagerly await the results of the additional market research in order to be able to give our more substantiated opinion on The Dutch Mountains.” 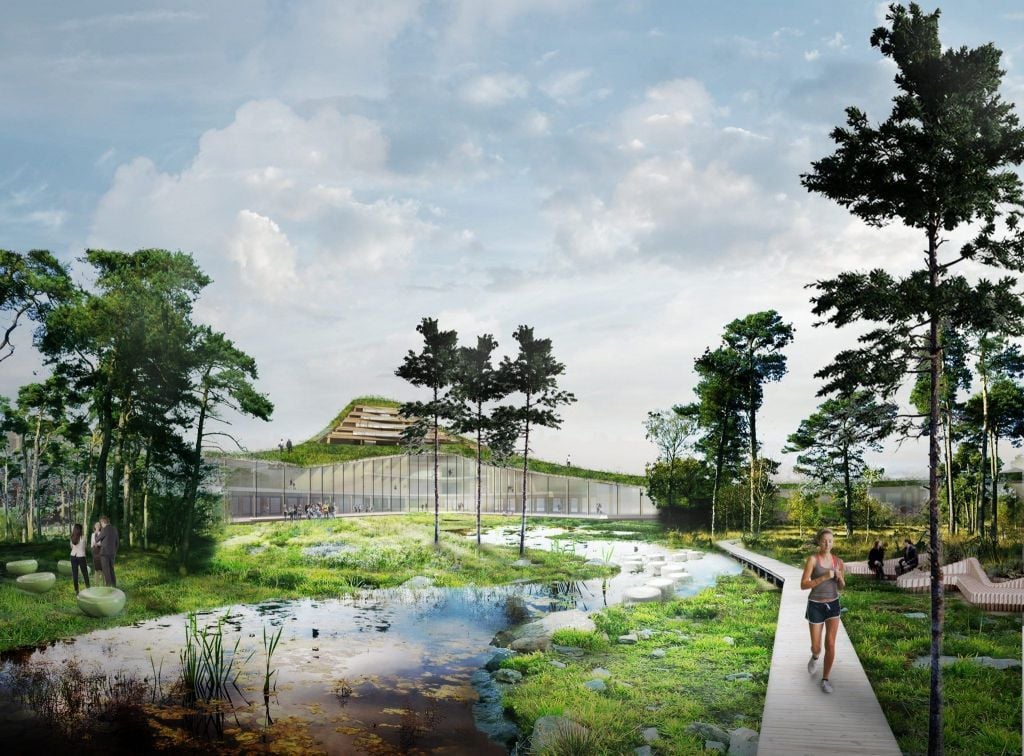 An online matching platform for engineers

Are we going to fly supersonic after all?

Larger number of questionable substances in plastic than previously known

Plant filtration system as an alternative solution to treating wastewater

Are EV users getting value for money from Direct Current (DC) fast chargers?

European research into the effect of radiotherapy on cardiac rhythm disorders