The studio of Marie at Plug-in City on Stijp S is a no-go area for the interview and photography for this story. “I had my assessment for my graduation projects yesterday, so it is a big mess now”, she tells us. “But it was for a good cause. It was either red light or green light at the assessment. I’m very happy I got a green light. I have two graduation projects, one is an autonomous machine that tries to gain its own legal personhood. Is has no human as an owner and it has its own personality. The other one is a performance about how we relate to robots and programs. You can talk to a program by sitting at a desk and in front of you is a human that talks for the program. You can ask questions by typing them and the program answers you through the human. The human is only the tool this time.”

Marie left Paris for Eindhoven four years ago, after she finished a study Product Design. “I knew I wanted to do another study so I applied to several schools in Europe. I got accepted in Eindhoven. I didn’t know much about the city, but I’m very happy I got in here because for me it’s so much more fruitful to be here. It was a good choice. I already liked the work coming from the Design Academy. I’m also not planning to go back to France. In Eindhoven work is less of a struggle for me. In Paris there are so many creative people, performing artists and designers: you have to fight all the time to be seen. I get much more energy from Eindhoven.”

“I get much more energy from Eindhoven, so I’m not planning to go back to France”Marie Caye, Design Academy student

Starting off that life in Eindhoven wasn’t easy in the beginning for Marie. “Four years ago there weren’t as many housing facilities for foreign students in Eindhoven as there are now. So I went to what the Dutch call ‘kijkavond’. An evening where all interested students visit a student house, get to meet the other residents and after that, the residents pick a new roommate. That took a while for me. Later I found out there are student houses with only Design Academy students, and I found a room there. A good thing is that the Design Academy is setting up a buddy system for first-year students so they get help in the first months. On the other hand, I loved exploring the city by myself during the first year.” 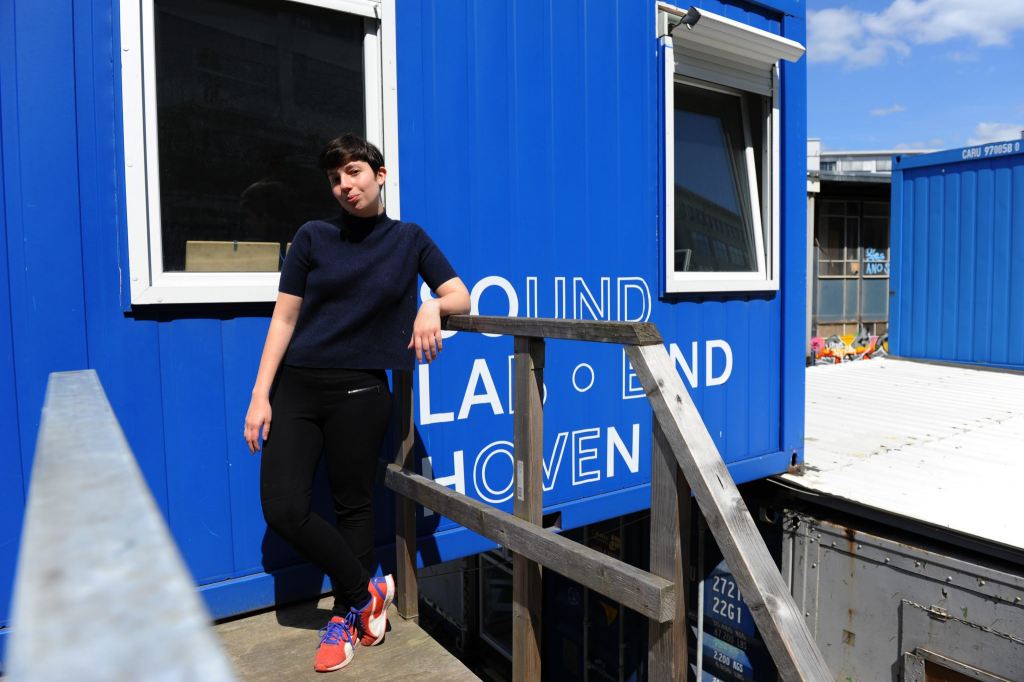 At the moment, while working hard on her graduation, Marie doesn’t have a lot of time for a flourishing social life. She tries to make time for some culture though. “I love music and attending concerts. Such a pity the Axesjazzpower concerts have been cancelled. I like Modulab at Stroomhuis, that’s just starting. And I love the initiative of We Are Public. On Strijp S I regularly go to MU and at the Glaspaviljoen, there is always stuff to do. I love the way Van Abbemuseum is going, they organise good stuff, I like the Queering sessions. Also, Kazerne and Onomatopee have good expos regularly.”

“But I’m a bit confused about the current cultural funding situation in Eindhoven. Maybe I don’t know exactly how it works, but I see the result of decisions made. An art space like Flipside in the north of Eindhoven is much more than an art space, they also give something to the community. It’s such a shame they had to stop.  I know the city of Eindhoven told the decision makers in The Hague they want just as much money per inhabitant as the Randstad for culture, but I sure hope they will also support the small initiatives and not only the already big ones with that money.”

Corona in Europe – Is this the beginning of the end?

A lesson from Apple in intellectual property law