After moving from one country to another, it’s always a question if the new location offers everything you were looking for. The more you feel at home, the greater the chance that you’ll stay there. And the more you will want to tell the rest of the world about it. That’s exactly what the “Living In” plan for the Brainport region is all about: making the expats feel at home. And equally important: helping their partners and children. Because Eindhoven knows by now: if the spouse is alright, the chances of a long stay in the region are much higher.

Ed Heerschap is coordinator Living In. He operates – obviously – from the Expat Center at the Vestdijk in Eindhoven, since this is already the-place-to-visit for international residents in the Brainport region. The Expat Center offers help in getting a residence permit, a Social Security number and all other required information for a pleasant stay. Moreover, the Expat Center is neighbour to The Hub, where many social encounters take place.

Heerschap is one of the ten people who were appointed last week in the municipal Acquisition Team, a group of employees to foster contacts between the international business community and the city. Heerschap knows what he is talking about: the Dutchman was once himself an expat, in Belgium. “Of course Belgium is just around the corner, but still, as a stranger you’ll have to adapt to a totally new culture and lifestyle. For my ex-wife, from Australia, it was even more difficult. So I can imagine very well what is going on in the minds of the internationals in the Brainport region.”

Heerschap’s special attention goes to accompanying spouses. “They are almost always highly educated people who travel with their partners and have sacrificed their own careers. Connecting with their new city is more difficult for them, because they have the ability and ambition for all kinds of work here, but they do not speak the language and, in addition, they encounter all kinds of restrictive legislation. You can’t imagine how important the work of the Expat Spouses Initiative is in this matter, for example for paid or volunteer work.” In addition to this private initiative Heerschap is working on a spouse support program, which is to support employers in the selection of relevant services for spouse support. 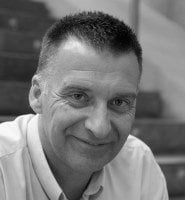 Heerschap feels at home in his role of enabler and connector. “Whenever possible, I help with the implementation of good ideas, but identifying them is also part of my job.” Heerschap for example helps organizing the International Festival at the VDMA on June 12, including the I am not a tourist fair and the Spouse Career Event. “In addition to organizing these events, I make sure that all the initiatives that are already there, such as in Meerhoven, at Fontys and TU/e, are linked to the city. For example, the university has a very successful get-in-touch program. This can serve as inspiration for the rest of the region.”

We should not see the expats as a homogeneous group, Heerschap says. “It’s just not so. For example, there’s a group of temporary workers who move on after a while, but there’s also a growing group of internationals who have decided to stay in the region and therefore can’t be called expats anymore. Also, origin and culture of the internationals is very different from one to another. This requires a specific approach for each expat.”

“You do not want to have an international community, you want to be one.”

The city really ants to make Heerschap’s job a success, both for the internationals and for the city itself. “The better the integration, the better it is for the companies they work for, of course. But the acceptance by the Eindhovenaren will also be easier when the internationals here feel at home. Bottom line: you do not want to have an international community, you want to be one”

In the picture of the entire acquisition team Ed Heerschap is in the rear, far right.