“We need to go beyond the idea of highly qualified migrants just as brains in movement, or as contributors to the so-called knowledge-based economy. We need to look at the person and at her and his well being!” Ed Heerschap likes to use this quote of Camilla Spadavecchia  to show what he stands for as the coordinator of Living In: improving the feeling of well-being with the international. For instance by making Eindhoven a hospitable city in every way.

The past few months, Spadavecchia assisted six members of the Expat Spouses Initiative in their inventory of the situation of the expat in Eindhoven: the facts and the perception of them. The research zoomed in on health care, housing, social interaction, jobs and education. And as expected there is a big gap between the desired situation and the perception of it. In other words, there is a lot of room for improvement in all these aspects. Partly based on the results, Heerschap has put together a short term program. The main lines in it are:

For each of these aspects, Heerschap has some recommendations. All this should lead to an increase of “the feeling of well being”. Because by now, Heerschap is convinced that that’s where the key to more success is. “Companies are obviously always looking for the great talents, so that they can continue to improve their business. If they have to, they get those talents from countries far abroad, we see that happening more and more these days. But they also have to realise that they’re not only bringing in a good brain, but also a person, often with a family. And the better that person and his family are feeling, the bigger the chance his brain is useful.”

Heerschap pulls out a graph, in his office in the Expat Centre on the Vestdijk, that was part of the desk research of the Expat Spouses Initiative. 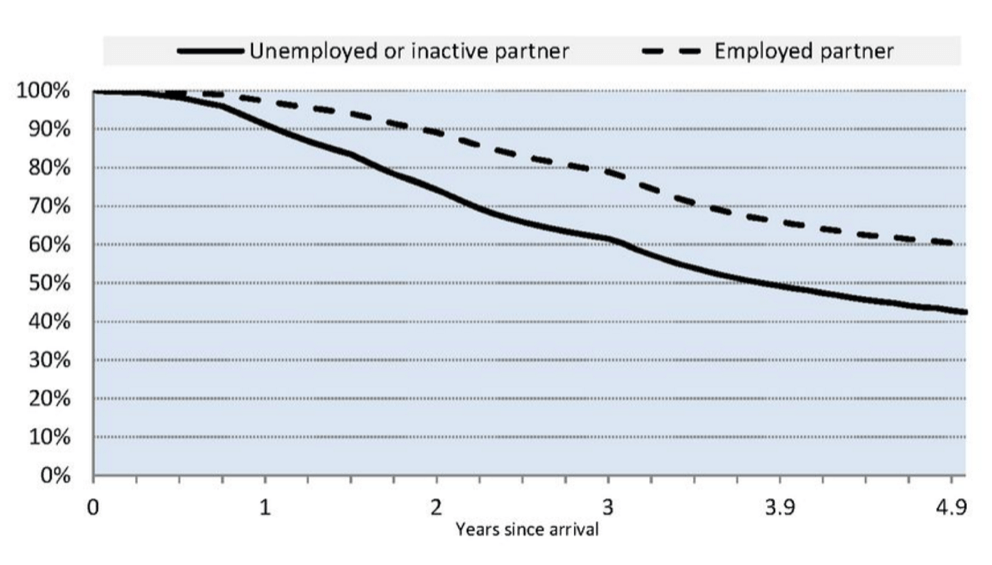 “Look, here you see the effect of a contented partner. As we know, work is an important indicator for happiness in  life. There is 20% more chance of an expat still living here after five years, when the partner also has a job. So we are going to have to focus even more on the talents of the partners.”

The Expat Spouses Initiative, at the time created to draw more attention to the situations of the partners of the expats, currently has more than 800 members. “They’re almost all highly educated and searching for a meaningful way of living. Can you imagine the enormous pool of talent!”