People from many different countries live, study and work in Eindhoven. Every week, E52 has a talk with an international about what brought them here and what life is like in Eindhoven..

Almost two years ago he arrived in Eindhoven and at first, it was a bumpy ride for Juan. “Oh, everything that could go wrong, went wrong: I locked my door while my keys were inside my apartment, I got ill, lost my phone. You can say I had a bit of bad luck, and OK, I’m also chaotic,” Juan starts his story with twinkling eyes. “I was living alone for the first time, a really nice experience and also difficult. After I graduated in Medellín, Colombia, I had a job but after a few years, I wanted something different. I applied  for scholarship  in my country and got the change to go to the university in Eindhoven.”

Before his adventure in the Netherlands started, Juan already did some online research on the university’s projects. “I contacted Victor Donker, now COO of Usono, back then he was HRM manager of the TU/e project team Blue Jay. I told him I liked to be involved, and a long story short: I sent my portfolio and I joined them. A few months later Victor asked me if I wanted to join the Usono-team. I’m super happy here. I get to work on a wonderful product that is sold in seven countries. I ‘m really proud. I’m also working on my graduation project with the Catherina hospital. I did research on how to decrease repetitive restrain injuries that cardiologists get from the intensive use of an ultrasound machine. I developed a device that I’m currently testing with the doctors.”

“Eindhoven is not a traditional European city and I like that”Juan Restrepo, Student Industrial Design / Product designer Usono

Juan has a Dutch girlfriend and she and her family give him a better view on the Dutch way of life. “My girlfriend and the contact with her family make me understand the country better. And she has helped me a lot with the daily stuff I come across. I don’t know if I will and can stay in the Netherlands after my graduation. The scholarship I received from the Colombian government comes with rules on repaying.  If I want to stay in the Netherlands, I have to pay back the full scholarship because the country invested in me. But if I return and start working at a company, I have to pay back a percentage of the scholarship and if I will work for the government I pay a much lower percentage. When I go back I can make a change in my country thanks to all things I learned here. It would be a small change, I guess,  but it is a change.” 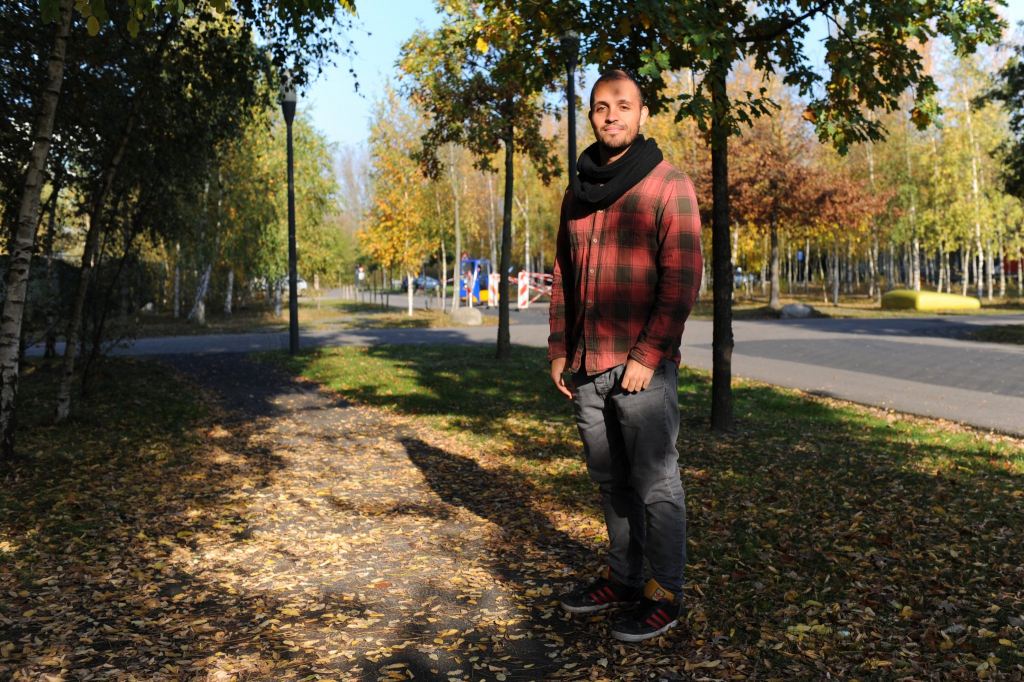 “My family came to visit me last year. My 87-year-old grandfather was also here. When he was young, he was a sailor and he always has had a fascination for the Netherlands. During football world cups, he was always supporting the Dutch soccer team. And as a former sailor and with his love for water he always says the Netherlands is the best in managing water. It was so wonderful he could finally see everything with his own eyes here. We also went to Amsterdam, Rotterdam, Germany, and Belgium. We had such a good time! There was only one negative side to all this: he didn’t want to go back because he was in love with this country. After his visit, I called him more often so we could talk about the good times we had here.”

“Medellín and Eindhoven have some similarities: the cities are both not the capital of their country, but they are the most innovative cities. The core identity is a bit the same with the focus on design and technology and lots of young people studying and working. But there is also a big difference. I come from a city with five million inhabitants versus the 225.000 here. But Eindhoven is not a traditional European city, and I like that. A month ago I went to Amsterdam, and on the way back when the train rolled into Eindhoven I said to myself ‘I’m home!’ I feel comfortable here. The only problem I still have is with the Dutch calendar. My own calendar is organic. I don’t plan as much as the Dutch do.”