The Eindhoven mayor John Jorritsma, together with a delegation of foreign knowledge workers and representatives of VSNU and VNO-NCW, calls on the government to comply with the agreement to keep the so-called ‘30% rule’ for (current) international knowledge workers for the full eight years. On behalf of more than 35 scientific and cultural organisations and companies, they presented a pamphlet to the Lower House of Parliament to reinforce their message.

The regulation under discussion gives knowledge workers from abroad the right to pay 30% less tax for a period of eight years. According to Jorritsma, the scheme is of great importance for attracting talented people from abroad. Brainport Eindhoven is heavily dependent on this in order to keep economic growth going. Jorritsma: “If the government wants to abolish the current 30% rule early on 1 January 2019, it will affect at least a thousand valuable employees who are currently working in Brainport Eindhoven. We, therefore, call for a transitional arrangement for international knowledge workers who currently have a contract based on the 30% rule. For this group, the right to the full period of eight years should be respected.”

According to Jorritsma, this is not about knowledge workers with top salaries, “but about R&D employees, technically trained people and researchers that we so desperately need in order to remain at the forefront of the high-tech region. They not only work for large companies in Brainport Eindhoven, such as ASML, Philips, Signify, TU/e and the Expat Center who also signed the manifesto, but also for SMEs and knowledge institutions.

Seven Thousand jobs
According to Jorritsma, more than seven thousand jobs can be filled in Brainport Eindhoven this year alone. “This simply cannot happen without international knowledge workers. Dutch industry needs many workers now and in the coming years that we do not have here.”

According to the organisations that signed the pamphlet, a decision to stop the scheme affects ‘hundreds of companies and institutions and some 60,000 employees’ nationwide. In their view, the scheme contributes to the economy and to our climate of innovation. “With the Brexit in mind and measures taken by other countries, it is all the more important for the Netherlands to remain attractive. The State Secretary, therefore, needs to act quickly, because this is in nobody’s interest”, according to the initiators. 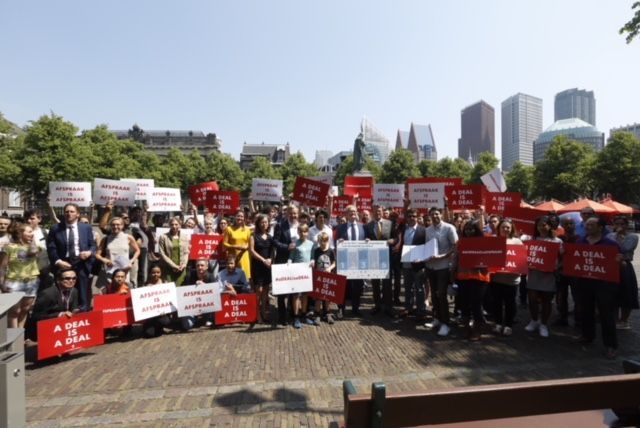 Effects of extreme weather visible at a glance

Innovating in greenhouse horticulture, from Gyro Gearlooses to collaboration with HighTech