Referring directly to Donald Trump’s “Let’s Make America Great Again”, the Eindhoven mayor John Jorritsma tonight in London made a call for climate attention. “Let’s Make Europe Green Again”, were his final words in his speech at the award ceremony for European City of the Year. Eindhoven won a nomination from the Academy of Urbanism, together with Montpellier and the final winner Copenhagen.

“Eindhoven has always had many features of a true Garden City. Still we strongly invest and intense the natural wedges and cross-overs through the city as the Dommelvallei and the Groene Corridor. We also bring back the Gender to the city centre. In this way we’re not only able the create a healthy and comfortable city, but are also able to anticipate on the effects of climate change.” 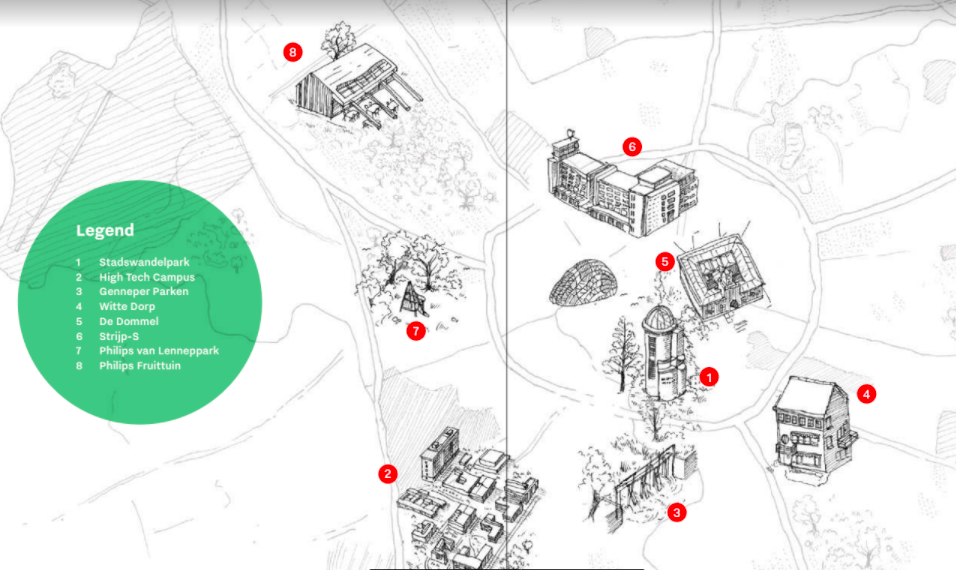 But Eindhoven is more than a Garden City, Jorritsma said. “Besides Garden City we are a  Smart Creative City, a Resilient City, an Inclusive City and an Adaptive City, ready for the future. A future we believe in.”

Jorritsma also spoke about the great challenges lying ahead of us. “We connect our technology with worldwide challenges. We can’t look into the future, but we know that these challenges dictate the future. We have a Health campus, to cure us. We have an automotive campus, to move us. And we have the University Campus researching Photonics, to energize us.”

In this way, companies and citizens are made future proof, Jorritsma said. “Bringing us back to the Garden City: we are ready for climate change. With our spatial planning and economical drivers we reduce “heat stress” and take care of absorbing water, by depaving, and bringing back as blue/green areas, using the Garden City concept.”

In April Eindhoven welcomed Angela Merkel, next week it will be welcoming King Filip of Belgium. “They’ve both chosen us to see what innovation looks like.” If Eindhoven would have won the award, Jorritsma would have promised “to invite the president-elect of the United States in our city. We would say to him: Let’s Make Europe Green Again.“

Larger number of questionable substances in plastic than previously known

Plant filtration system as an alternative solution to treating wastewater

European research into the effect of radiotherapy on cardiac rhythm disorders